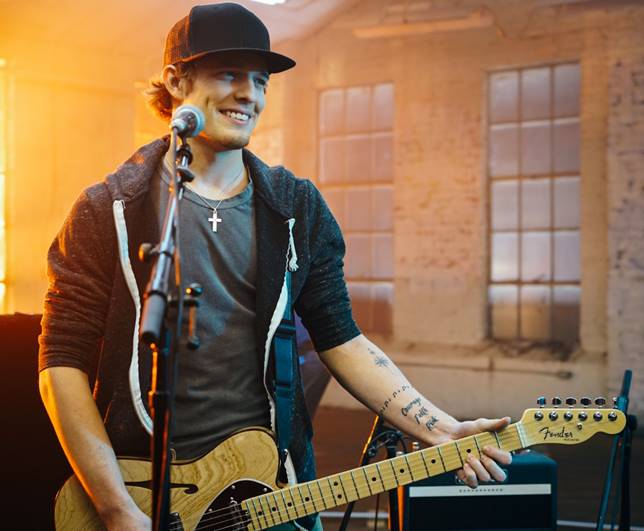 Tucker released his debut single ‘Rock On’ in the UK earlier this year to coincide with his International tour opening for Dierks Bentley.

At Just 21, Tucker already exudes the confidence and swagger of an established artist. It’s probably because music is in his blood. The son of songwriter Casey Beathard  has been flagged as an artist to watch in 2016 by Rolling Stone and Taste of Country.

Tucker has gone on to sign a publishing deal with Big Machine Music and a recording contract with their DOT Records imprint and is expected to announce new releases later this year.

“When I came over to Europe for the first time a few months back, I really didn’t know what to expect and if the audiences would ‘get’ me and what I’m about,” said Beathard. “I never really felt like I fit in growing up, until I found music as an outlet to connect and express myself. It was honestly an awesome surprise the way that the audiences really seemed to listen and engage with the songs. I just felt like something cool was happening and I knew I had to come back as soon as possible.”