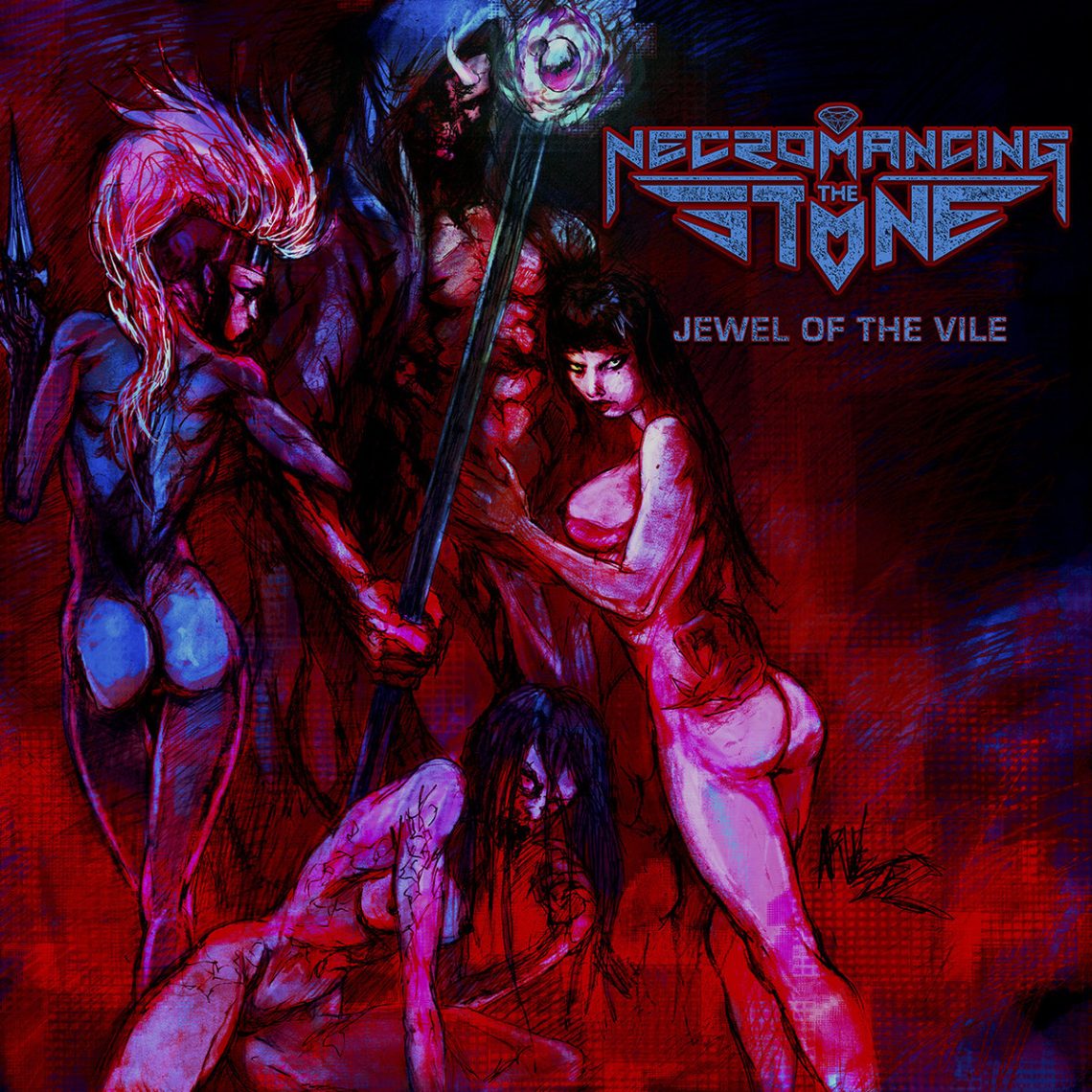 Featuring former and current members of ARSIS, THE ABSENCE, THE BLACK DAHLIA MURDER and BRIMSTONE COVEN (in case you were wondering who, Justin Wood and John Williams (BRIMSTONE COVEN), along with James Malone (ARSIS), Ryan Williams (ex-THE BLACK DAHLIA MURDER), and Jeramie Kling (THE ABSENCE)), NECROMANCING THE STONE may be considered a “supergroup” or “studio project” by some, but what do they bring to the metal scene?

Any of the older metal fans (or younger fans who have a fascination with 80s Action/Romance films) will question the bands fascination with the Kathleen Turner/Michael Douglas films ‘Romancing The Stone’ or the sequel ‘Jewel of the Nile’…which are a dose of good old 80s action/romance/family films, perfect for a Sunday afternoon! One can only wonder!

Anyway back to the review and for their debut album what can you expect? Well if you are after a heavy metal album with overtones of thrash then you’ve come to the right place! Looking at the list of bands that the members play/played in people would be expecting a brutal extreme release, however the songs are accessible to all fans of metal.

The album opens with “Crusher” and gets off to a blazing pace with traditional heavy metal duelling guitars fighting for dominance and the chance to showcase the finger bleeding solos! The bass rumbles along like thunder coming over the hills and tries to keep pace with the frenetic guitar riffs. Vocalist John Williams comes in with what you would expect of a NWOBHM band. So am in for a treat I think and I get a little excited for the rest of the album!

However the album has some good catchy songs such as “Crusher”, “Unfinished Business”, “From Graves to Infamy” and the album closer “The Battle of Morningstar”, the sad part is that the album has a lot of filler tracks and it clocks in at 55 minutes and feels like a chore to finish in one sitting! Tracks such as “The Siren’s Call”, “Bleed for the Night” and “The Old One” could have been dropped and the album would have still clocked in at 40 mins and not feel draining to listen to. The songs I mentioned to drop aren’t overall terrible (heard a lot worse), just that they (or any other) could have been dropped and made the album more punchier and flow better.

Another criticism is that after the opening track the vocals to start to dip and John Williams doesn’t seem to show as much commitment as shown on album opener “Crusher”. The saving grace really is the music with the guitarists shredding riffs with such effortlessness and change from catchy riffs to heavy Doom laden riffs to over the top solos with easy! The drumming is frenetic and sets the pace for the album, however I think the drummer must have taken a leaf out of Lars Ulrich book as the production is quite solid apart from the kick drum is the most dominate sound and to loud and overbearing in the mix! (Gets a little annoying as the album goes on).

The album “Jewel of the Vile” is an enjoyable album and the band showcase the talent they have (vocalist aside who puts in a “am here, I’ll do it performance”), but this is no classic album and one I can see been listened to when first purchased a few times and then maybe a few tracks added to a playlist/compilation and very rarely revisited. Hopefully Necromancing The Stone will improve on this release and the second album will be a solid heavy metal release that gets the head banging, fist pumping and you singing along? Just lower the kick drum in the mix…

Jewel Of The Vile Information 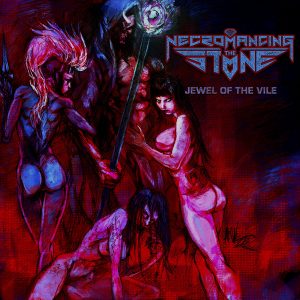 Tracklist
1.Crusher
2.Bleed for the Night
3.The Descent
4.The Siren’s Call
5.Ritualistic Demise
6.The Old One
7.Rotted Reunion
8.Unfinished Business
9.Honor Thy Prophet
10.From Graves to Infamy
11.The Battle of Morningstar