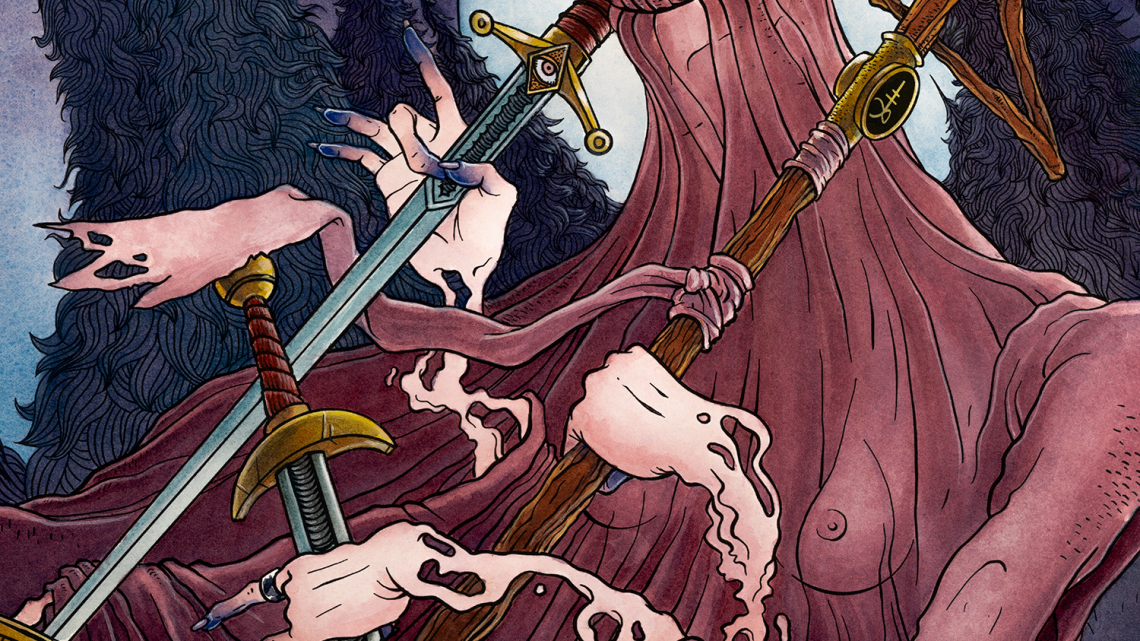 21st January 2021 0 By John Deaux
Since forming in 2013 UK label Blackbow Records has continued to release music created and appreciated by those who worship tone and riffs. Now in 2021 they are set to continue this trend with a new split LP of pure heaviness from Belfast based, sludge-juggernauts Slomatics alongside the blistering and crushing sounds of Ungraven. With 3 new tracks from each band the split is set for release on 5th March. 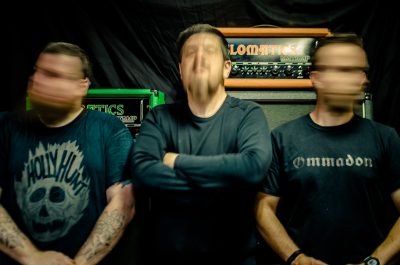 Formed in 2019 by Conan frontman Jon Davis and featuring Fudge Tunnel bassist David Ryley and drummer Tyler Hodges (Tuskar), Ungraven pay homage to the 90s heavy and industrial sounds of the likes of Ministry, Godflesh, Sepultura and Nailbomb. On the split with Slomatics Jon states,
‘As the world groans and creaks and crawls forward in slow motion we chose to release three tracks with our brothers in Slomatics, our first on vinyl. Ungraven was an idea that started in my head as I drove into Richmond Virginia in 2017, on tour with Conan. It was originally intended as a solo act. Blackened Gates and Onwards She Rides were initially written to be performed with a drum machine, while Defeat The Object came along during rehearsal with Tyler before we toured early March 2020, before the earth stood still. Enjoy.’
Listen to the new Ungraven track ‘Onwards She Rides To A Certain Death’ now – https://ungraven.bandcamp.com/album/split-with-slomatics 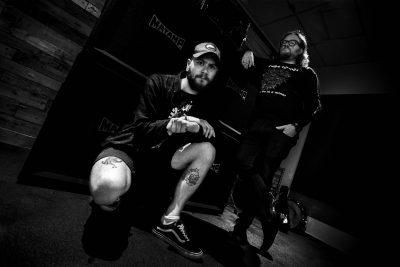 Releasing their most recent album ‘Canyons’ in 2019, Slomatics have solidified their status as veterans of the underground heavy scene since forming in 2004 with 6 albums and a number of split releases alongside Conan, Mammoth Weed Wizard Bastard and Holly Hunt. Speaking about their new tracks on the split the band add,
‘This recording began before the pandemic kicked in, not being completed months later. At a time of great uncertainty it’s been good to turn the amps up loud and temporarily transport ourselves away from it all. With this record everything was on 11 – from the artwork to the music, it’s our heaviest and most diverse release yet.’
Tracklisting
1 – Defeat The Object (Ungraven)
2 – Onwards She Rides to a Certain Death (Ungraven)
3 – Blackened Gates of Eternity (Ungraven)
4 – Kaän (Slomatics)
5 – Proto Hag (Slomatics)
6 – Monitors (Slomatics)
Pre-order the Ungraven/Slomatics split now digitally and on limited vinyl – https://blackbowrecords.bigcartel.com

Kayak announce new studio album ‘Out Of This World’