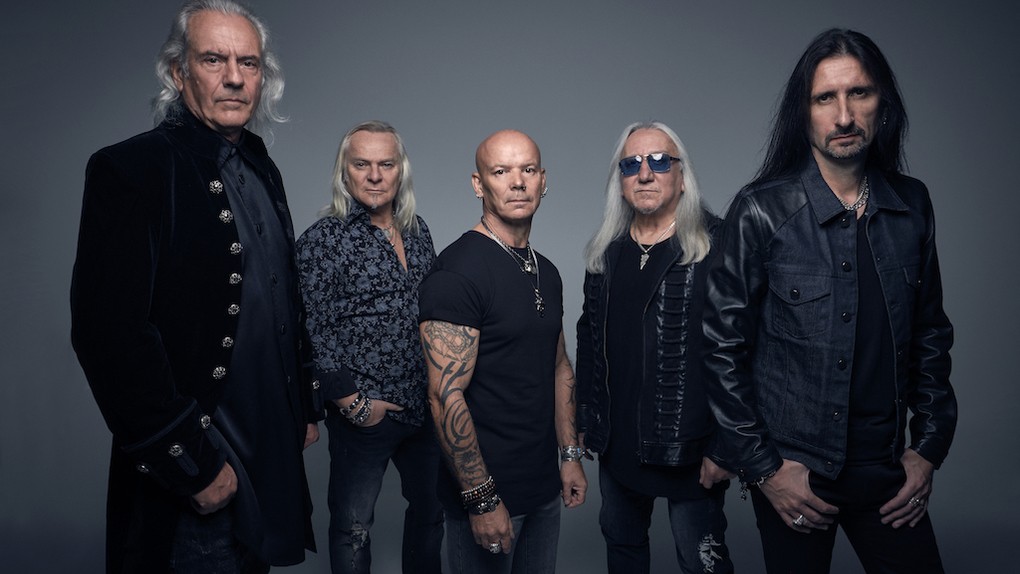 The first single and video for the song “Grazed By Heaven” has been released.  It is available on all streaming services as well as an instant download with digital pre-orders

The lyrics for “Grazed By Heaven” were written by Jeff Scott Soto and the music was written by bassist Dave Rimmer.

“The song is clearly about sexual tension and desire, very much in the form of ‘Fifty Shades Of Grey’, putting oneself at ease with the person who is taking control of the situation and trusting you will be in absolute bliss. Fantasy and lust is the calling card here, it’s quite black & white really. The song is very sexy so naturally called for a sexy lyric,” says Jeff Scott Soto of “Grazed By Heaven”

Dave Rimmer adds: ‘Grazed’ was born out of my desire to write a blazing Heep rock track, I put together the music and arrangement but needed a very strong melody line/lyric to match the music and the Riff….. I have been a fan of Jeff Scott Soto’s voice and writing for many years so asked Jeff about a collaboration, he loved the song and came up with the perfect, & powerful lyric/melody..a very natural seamless collaboration between Jeff and I. A true ‘Living The Dream’ Moment for me”

In conjunction with this release through Frontiers Music Srl, the band is offering some once in a life time experience packages as well as signed copies of the album and many other wonderful things.  Check it out today at https://www.pledgemusic.com/projects/uriah-heep-living-the-dream

“Living The Dream” will be available in the following formats:

For this album the band teamed up with famed Canadian engineer Jay Ruston.

“Working with Jay was amazing! He totally understood what we were going for on this album and he delivered big time. We wanted a Heep album that the band and the fans would be proud of, and with Jay at the helm, we have delivered that,” says Mick Box.

When asked what people can expect from the new album Mick Box says “There are rock songs, rock ballads, and a couple of prog songs encompassing everything Heep.”

Vocalist Bernie Shaw adds that fans should also be ready for, “A full blown ‘rockin’ Uriah Heep record. All the traits that made Heep famous in the past are here on this new album. Passion, power, harmony and substance. Heep trade marks from the first riff.

The band is beyond excited with the material written for the new album, which will include some epic additions to the band’s huge catalog of rock staples and looks forward to sharing it with their fans around the world.

The band has announced a full World Tour which will last until the whole first quarter of 2019. “The mighty Heep are proudly able to tour in over 61 countries and we look forward to a packed touring schedule in 2018 and 2019. Touring is in our blood and what we have a passion to do, and so 2018 is no exception,” concludes Box. 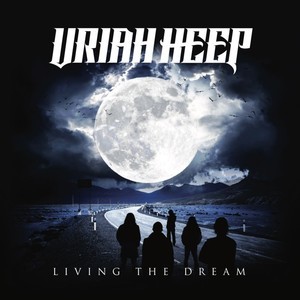 Take Away My Soul Music Video

URIAH HEEP debuted in 1970 with the release of one of hard rock’s milestones, “Very ‘eavy… Very ‘umble” and have since sold in excess of 40 million albums worldwide. They constantly tour the world, playing up to 125 shows a year to 500,000+ fans. The band’s live set features the classic tracks from the ’70s and is a musical journey from the band’s beginnings to the present day.

Along with Led Zeppelin, Black Sabbath and Deep Purple, Uriah Heep helped invent a decorative and uniquely British form of heavy metal with their debut album, Very ‘Eavy, Very ‘Umble, offered as a self-titled on American shores, but whatever the titling, historically massive in the invention of a music format that would rule the ‘70s and only intensify in the ‘80s.

Uriah Heep have been responsible for the most elevated and intelligent use of vocals in a heavy metal context amongst the major bands inventing the genre in the 1970s. It is for this reason Heep were coined the Beach Boys of Heavy Metal, and their influence is there for all to see in other bands including ‘Queen.’ They were also one of the forerunners of using the Hammond organ along with Micks signature wah wah guitar and this became the template for their sound.

Success has followed the forging of such an audacious formula. Across 25 studio albums, along with myriad live releases and compilations, Uriah Heep have managed to sell 40 million records worldwide, four million of those in the US. Impressive American numbers, but that leaves 36 million records to be sold in the rest of the world, underscoring the fact that Uriah Heep have become, through their relentless dedication to touring, a truly global band, with particular success in Germany, Scandinavia, Japan, Eastern Europe and Russia, where they were the first Western rock band to play live in Moscow in December 1987 to 180,000 people.

Through their success as Rock n’ Roll pioneers this enabled other bands to follow in their wake and Russia is now part of every bands touring schedule.

HRH ROADTRIP CELEBRATES ITS 10TH ANNIVERSARY WITH ITS BIGGEST LINE-UP TO DATE!