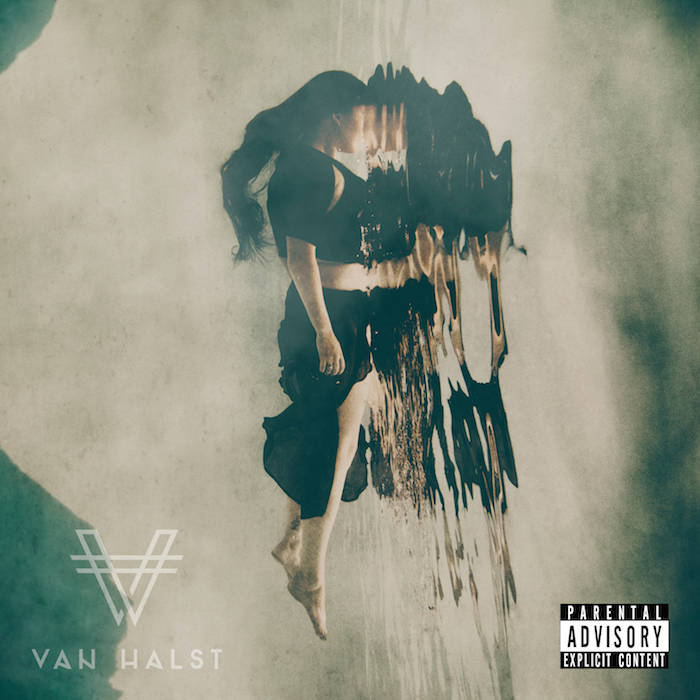 Van Halst are finally launching their debut album ‘World Of Make Believe’ on an unsuspecting audience this March.

We at AATR Towers have been looking forward to this release since we heard the lead single off this album, ‘Save Me’.

The single didn’t prepare us for such an oral explosion.

Based out of Toronto in Canada, this quintet are set to cause an eruption on the metal scene.

Opening track ‘The End’ erupts like a volcano from the speakers & immediately sets your ears on fire. An amazing double kick groove laden drum with detuned guitar & bass riffs just before Kamis vocal cuts like an acetylene torch.

There are so many different influences portrayed on the album from hard rock, blues, death metal, funk etc

‘Put Him Down’ was as unexpected as a curve ball. Bluesy with a real sultry, come to bed style vocal.  Kami can go from clean, dirty & death growl seamlessly. A rare talent.

The Song ‘Questions’ gave me chills & one of the most uneasy listens I’ve ever had from a song.

When asked about the track, vocalist Kami Van Halst had this to say

“I wrote Questions with my sister Brittney Grabill. This song deals with victim blaming and how the victims of sexual assault are often criticized and blamed for putting themselves in the vulnerable position, which allowed them to be abused or exploited. This is wrong, we should not be blaming or scrutinizing the victims of abuse. We need to remove the stigma and put the blame where it rightly belongs on the abuser.”


‘Denying Eyes‘ that follows straight after & has Van Halts vocal being sweet, sultry & hypnotic & a direct contrast to the previous track.

Contrasts is definitely what this album is all about. Just when you think it’s one thing it completely blows you out of the water.

I’ve listened to this opus quite a few times & I can honestly say there is not a track I have skipped.

‘Perfect Storm’ the piano laden ballad, is truly amazing & is almost guaranteed to make even the hardest of them weep.

There is something special about this album that I can’t put my finger on. Maybe the stars were perfectly aligned during the recording sessions. We shall never know, but it’s a magical trip none the less.

Self released 4th March 2016 & available from all the usual outlets for download. This is a must have album.

For fans of In This Moment, Skeletal Family, Devilskin, The Amorettes