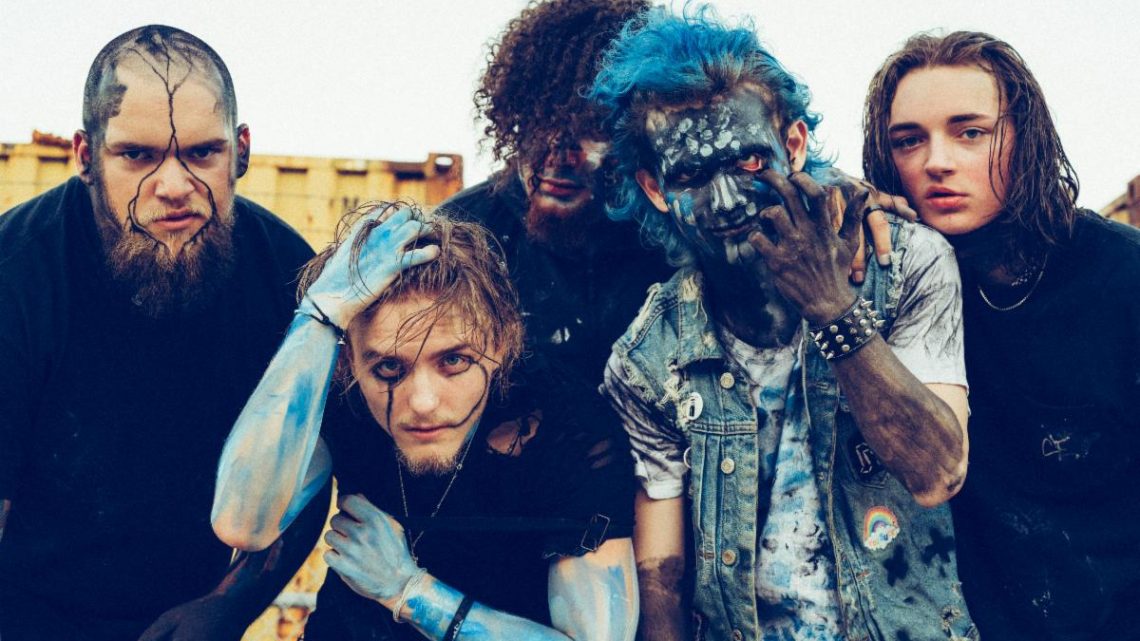 15th July 2022 0 By John Deaux
Des Moines’ firebrands, VENDED have revealed another incendiary new single, ‘Ded To Me’, ahead of their first ever UK and European dates.
The five-piece tell us; “This song is unforgiving and uncompromising. We are back and better than ever. This is a straight fuck you!”
Next week, the five piece will cross the pond to mainland Europe for their debut European shows, kicking off in Bucharest, Romania on 20th July. In August, they will find themselves on UK shores for their first British festival, opening the Ronnie James Dio main stage at the UK’s biggest extreme music fest, BLOODSTOCK on Sunday 14th August. They will then play headline shows in London and Bournemouth before continuing their touring back out in mainland Europe.
VENDED continue; “We’ve spent the past year playing shows, touring, releasing music, and meeting fans in the U.S. Now it’s time to start WORLD DOMINATION and hit Europe with the same energy. Hope you’re ready, here we come…!”
Late last year, the band dropped a duo of singles (‘Asylum’ and ‘Burn My Misery’) ahead of their 5-track debut EP, ‘What Is It / Kill It’, which arrived at DSPs on November 12th. The much-acclaimed collection was recorded with Griffin Landa of The Acacia Strain. The two singles bookended their first US headline tour, after which the band went on to open the day’s proceedings at the huge KNOTFEST LOS ANGELES show at the Banc Of California Stadium, playing alongside SLIPKNOT, BRING ME THE HORIZON, KILLSWITCH ENGAGE, FEVER 333, CODE ORANGE and CHERRY BOMBS.
VENDED‘s fresh and furious sound heralds a new era of heavy music and the arrival of the next generation of brutality. Formed in February 2018 by Cole Espeland (lead guitar), Griffin Taylor (vocals), Simon Crahan (drums), Jeremiah Pugh (bass) and Connor Grodzicki (rhythm guitar), VENDED showcase a barbarous sound built on foundations laid by the power and precision of the rhythm section, layered with vicious guitars, soul crushing solos and guttural-yet-melodic vocals portraying the hardships and harsh realities of life.
Stay tuned for more coming from VENDED very soon. In the meantime, catch them live at any of the dates below. Tickets available at OfficialVended.com. 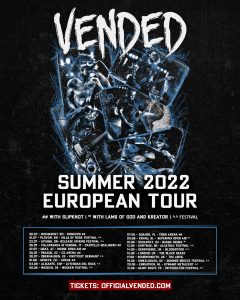