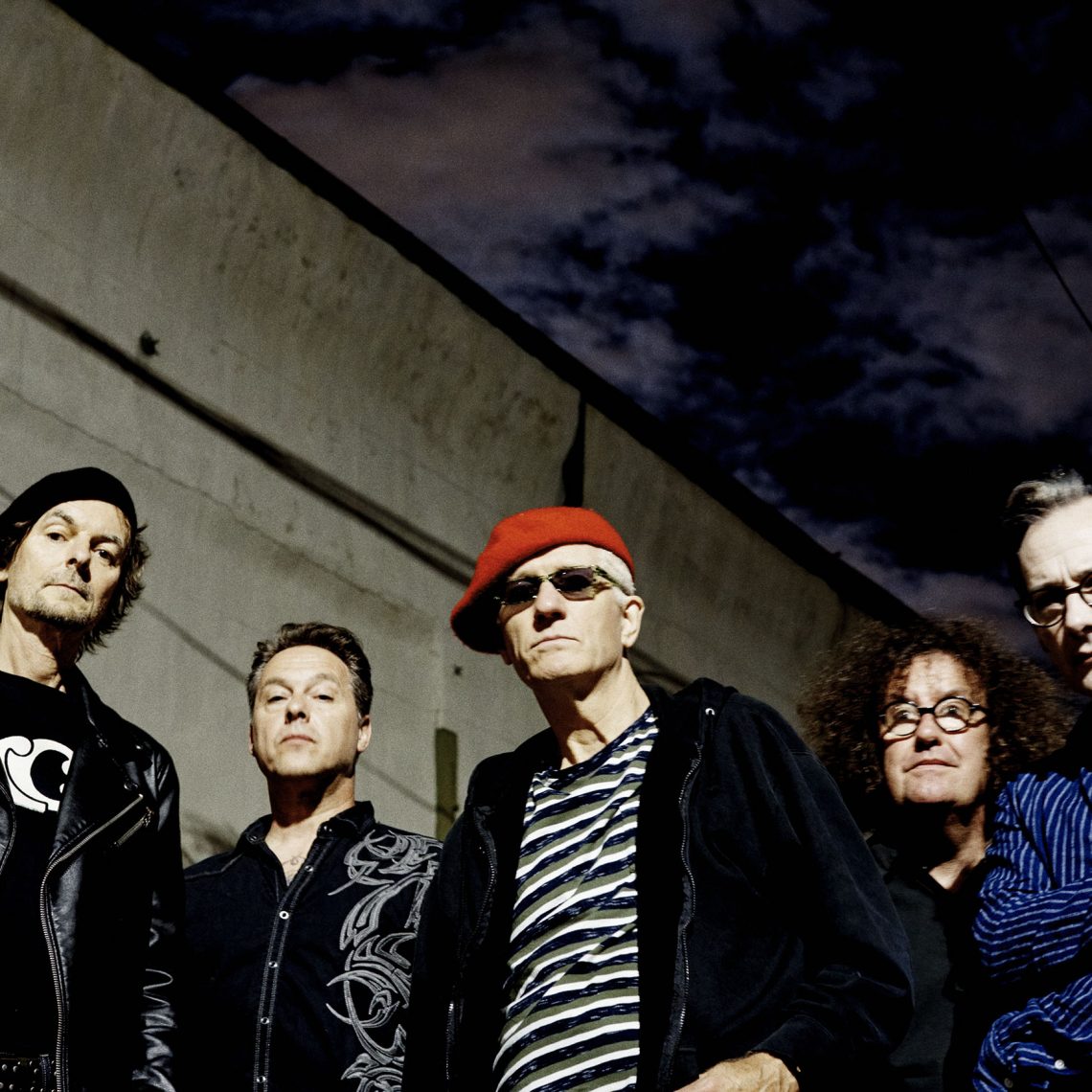 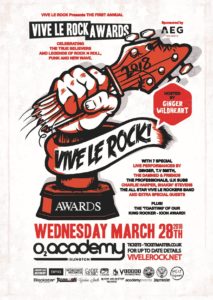 Since launching in 2010, the magazine recently celebrated its 50th issue and has consistently championed the true spirit of rock n’roll, from the legends that conquered the world in the 1970’s and 80’s, to the new acts who keep the spirit fresh and alive. ‘The First Annual Vive Le Rock Awards’ is a chance to celebrate the music and lifestyle and give credit to those that are long overdue.

Today we can announce that British punk legends The Damned, ahead of the release of their new album ‘Evil Spirits’ (out April 13th on Search And Destroy/Spinefarm Records), will pick up a ‘Band Of The Year’ award on the night. On top of that, select members will close the event with a special performance with the house band. This follows an extremely successful tour earlier this year that saw The Damned play to over 23,000 fans across the UK, showing just how deserving they are of this award.

This exclusive performance will join a set by former Hanoi Rocks (and The Voice and X Factor Finland judge) Michael Monroe, who will fly in from Helsinki to play at the awards, alongside a show by the one and only Shakin’ Stevens, the biggest selling artist of the 80s.

These, together with the previously announced sets by post-Sex Pistols rockers The Professionals, who returned last year with a critically-acclaimed new album (voted ‘Album Of The Year’ by Vive Le Rock last December) and Adverts frontman TV Smith, make the ‘First Annual Vive Le Rock Awards’ a night not to be missed.

Held over the two rooms of the O2 Islington Academy (main room and the smaller room- acting as the V.I.P/photo room/aftershow party), 300 carefully invited guests and 200 paying punters will witness a sensational show with unique collaboration’s and 11 awards given away by famous presenters and our compere.

The Awards will be hosted by guest performer Ginger Wildheart, alongside awards presenters Steve Diggle from the Buzzcocks with many more yet to be announced.