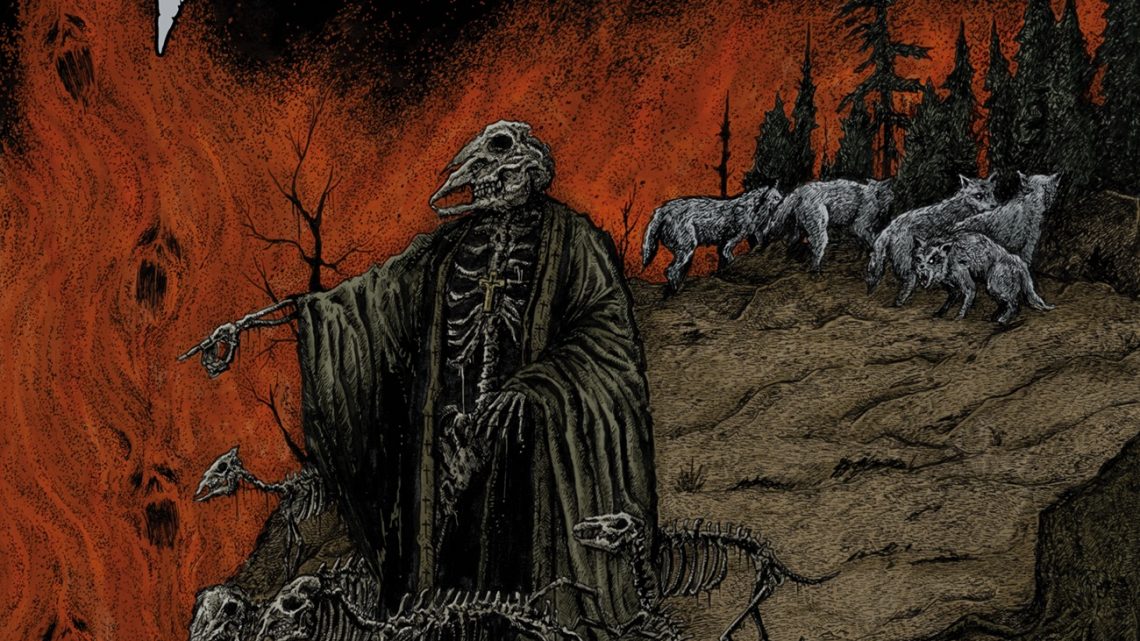 Vocalist Stevo of Death Metallers Toxaemia chats about his pets

Swedish Death Metallers Toxaemia are a brutal force to be reckoned with. Their latest album Where Paths Divide has had rave reviews as well as being featured in the Metal Addicts top 10 albums of 2020 list.

I caught up with guitarist and vocalist Stevo during Lockdown 3.0 for a chat about his pets.

I have 3 pets at the moment, a dog and two cats. The big brother of this pack is Jack, he is one of the cats and we have had him for 5 years. It was my son who chose that name, I tried to manipulate my son to name him Chuck after Chuck Shuldiner but my son misunderstood and said Jack so it became Jack. We got him some time after our first pet in my family died, a German shepherd named Breno. Jack is the coolest, loves all our neighbours and they him. He is the boss and rightfully so.

Then we got Lobo a Shilo Shepherd/Wolf Dog mix, we have had him for 2 years now. We named him Lobo since it is the Portuguese word for Wolf, my wife is from Brazil so it felt fitting to do that. He is a very special dog, he is wary of humans he doesn’t know and always been like that. Once he gets to know you he loves to play and will bring you toys to throw for him. He is becoming more calm around new people but I believe the wolf in him keeps him wary of humans, it is in his DNA.

Last we have the latest addition to our family, Elvis! We had him for almost 2 month and he is still a kitten. We let our daughter name him and from a list with cat names she liked Elvis and since my first Idol was Elvis Presley I was happy with her choice. He is very playful and talks all the time. He is crazy for food and all food whilst Jack is very limited to just eat cat food bought in stores. Elvis eats whatever we eat. He is still a bit scared of Lobo but is getting more and more calm around him, poor Lobo wants to play with Elvis but just makes him scared. When we cook the both of them sit next to each other looking and the chef hoping for a treat and then Elvis is totally calm next to Lobo.

We started noticing the front door was not closed more and more often and Jack went from being an indoors cat to an outdoors cat. In the beginning we got angry at the kids because they did not shut the front door properly but after a while we noticed that Jack was the guilty one, he had learned how to jump up and open the door himself. By now it was too late so we let him go out and in as he pleases. We just lock the door when we don’t want him to go out, he still has not figured out how to unlock the door key.

When we got Lobo and had him for about 6-7 month my mother in law had forgotten to lock the door, I was home watching the TV, decided to go to get something from the kitchen when I saw a dog running around so happy outside in my neighbourhood through the kitchen window. It was Jack that had opened the front door and let both of them out so they could play catch or whatever they did chasing each other around.

I think High Five!! I don’t teach them too many tricks, just the sit, lay and stay. My pets are family members, we hang out and don’t work so much.

This past year has been pretty manic, so you’ve no-doubt, like the rest of us, spent a lot of time at home. How has your pet helped being at home for you?
Luckily for me life and work has been like normal so they comfort me and drive me nuts just the same as always.

Yes always!! No never anything other than cats and dogs. I could imagine having a parrot but never a reptile or spider

I don’t but my wife got a Santa costume for Jack this Christmas.

I have recently set up a simple bedroom studio, Jack and Lobo don’t bother me too much but newbe Elvis loves to step on the computer keyboard while I’m working. My love for dogs and wolves could be the inspiration for the cover of our album but I don’t know if they inspire me in my music though.

Who looks after your pet whilst you’re away on tour/holiday?
We are 3 adults that can share the work of taking care of our pets. Me, my wife and my mum.

Yes very much so in fact. We are working hard to make new songs for our next release. We have about 6 new songs in the making but it is in the beginning stage of the procedure. We need 2-4 more songs and then to clear them as complete within the band before starting to record them for an album. So we have no date to give, I can just say that we are working hard and what we have done so far feels very good.

Have you anything you’d like to say to your fans/followers?
To keep updated on what is going on with Toxaemia like and follow us on our Facebook page. We hope to get out and play live as soon as it is possible and when we do I’d love to see you guys drinking beers and talk some shit. Stay safe and keep supporting the underground.  Cheers!!

Thank you for your time Stevo, it’s been a blast

Thank you!! It was great fun!

John Diva and The Rockets Of Love – American Amadeus – Review