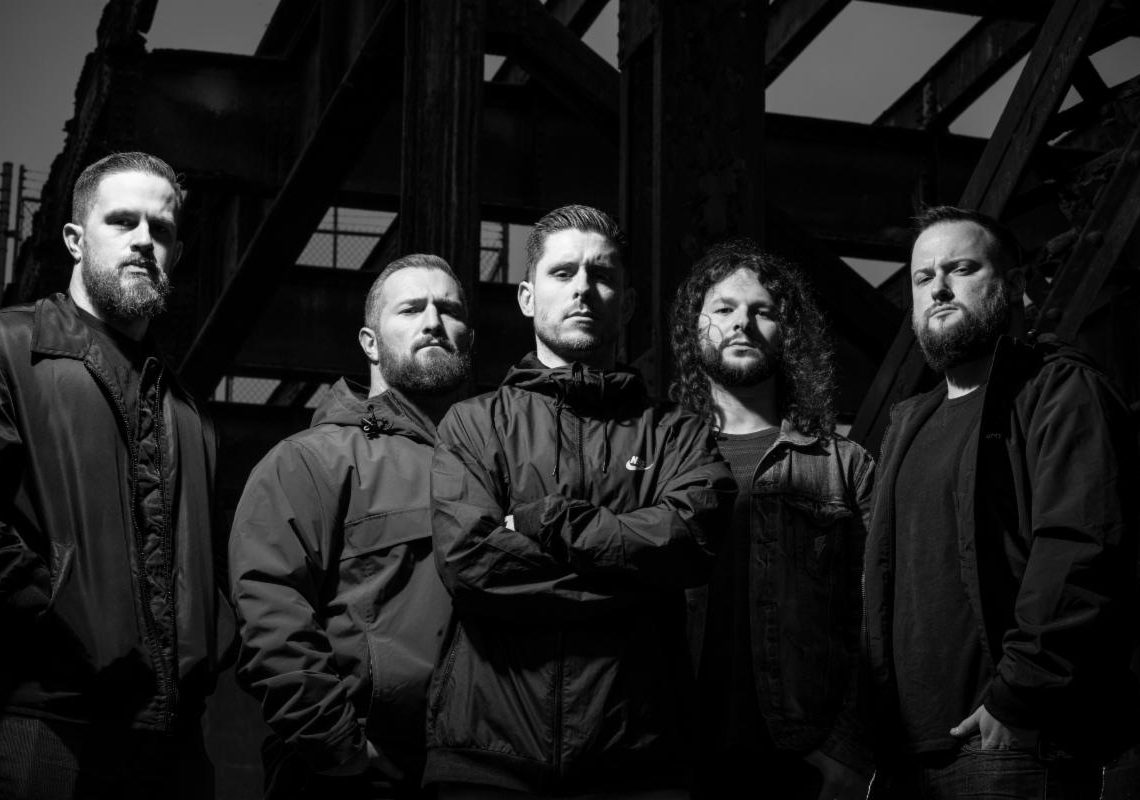 Last March, Whitechapel released their seventh full-length, The Valley, to critical acclaim, and kicked off a world tour in support of it. Today, the band has released three live videos, featuring tracks from The Valley, via RevolverMag.com.

Mixed by David Castillo, mastered by Ted Jensen, produced once again by Mark Lewis (Cannibal Corpse, The Black Dahlia Murder), and featuring artwork by Branca Studio, The Valley is a reference to the part of Hardin Valley (west of Knoxville, Tennessee) where vocalist Phil Bozeman grew up. Set against this backdrop, he approaches his subject matter unflinchingly, building upon everything that came before, making it clear that he has survived that which he was forced to endure and is not afraid to confront it. “Phil has been upfront in his lyrics in the past about hardships he endured in his life as a child, and I believe with this record we tried to paint a better picture of that,” says guitarist Alex Wade, who alongside his bandmates, stands 100% behind everything their vocalist has to say. “I feel our music is Phil’s release from his past, being able to get it out and speak about it, and hopefully anyone who hears it that may have gone through similar experiences can find some release in it as well.”
The Valley can be previewed and purchased at: http://www.metalblade.com/whitechapel.
WHITECHAPEL return to the UK for nine headline shows in April & May 2020, in continued support of ‘The Valley’, out now.
Don’t miss the band at the following:
Fri 24th Apr – OXFORD O2 Academy 2 (get tickets)
Sat 25th Apr – LEEDS The Key Club (get tickets)
Sun 26th Apr – MANCHESTER Rebellion (get tickets)
Tue 28th Apr – COLCHESTER Arts Club (get tickets)
Wed 29th Apr – STOKE The Sugarmill (get tickets)
Thu 30th Apr – GLASGOW SWG3 (get tickets)
Fri 1st May – BRISTOL Thekla (get tickets)
Sat 2nd May – WOLVERHAMPTON KK’s Steel Mill (get tickets)
Sun 3rd May – LONDON Scala (get tickets)
www.whitechapelband.com
www.metalblade.com/whitechapel