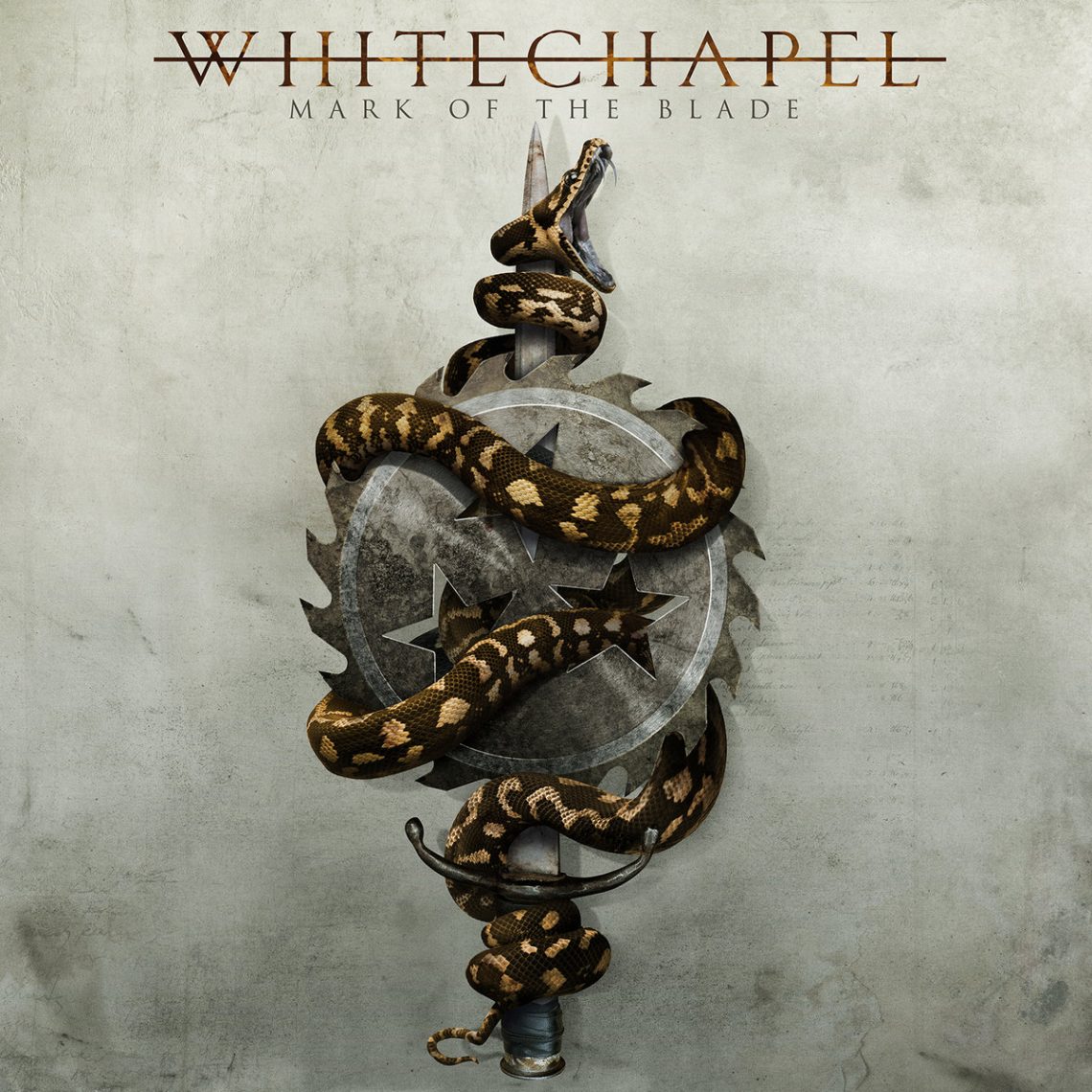 Whitechapel have been on quite the career journey. The progression from their chaotic and generic debut, The Somatic Defilement, to their sound on Mark of the Blade is incredible – gone are the indecipherable vocals, (almost) gone are the chug reliant riffs, in are the signature and crystal clear growls of Phil Bozeman, the riffs are groove-filled, the songs brilliantly catchy. Whitechapel have developed and grown into a band worth taking notice of in a scene over-saturated with mediocrity.

Mark of the Blade returns to the sound Whitechapel began to develop on their brilliant self-titled release, with a stronger focus on groove and song-writing over breakdowns. Throughout the album it is blindingly clear that they are leaning more towards the death metal side of deathcore, with the “core” influences being minimal. Throughout the release the groove influence is clear, with many riffs having a hint of a Southern swagger to them – particularly the thrash influenced, speedy A Killing Industry.

Throughout Mark of the Blade Phil Bozeman doesn’t just show you he’s one of the best vocalists in the game at the moment, he takes the evidence and drills it through your skull. His growls still have the guttural violence one would expect from previous releases, but the clarity here is a real treat as well. A perfect example of this is the brilliant The Elitist Ones –  groove-laden and catchy it is set to be a live favourite.

Mark of the Blade is a three-minute slab of violence that will be set to conjure more than a few pits, and Dwell in the Shadows is another of the faster, thrashier tracks on the record. Throughout the whole album the riffs are flowing a’plenty, with more than enough thrash and old-school death metal influence. The lead guitar passages are where the axemen truly shine however, and the instrumental Brotherhood is, put simply, a gorgeous example of modern metal.

And this is, of course, the first Whitechapel album to include clean singing. We first get a taste of Phil Bozeman’s stunning clean voice on the heartfelt Bring Me Home. A dark, depressing track that feels like an exercise in emotional purging, you could be forgiven for confusing Bozeman with Slipknot’s main man Corey Taylor here. The track as a whole is simply beautiful, and there is a very real sense of pain in the music – unsurprising given the subject matter: the death of Phil Bozeman’s father twenty years ago.

Decennium is the second track to feature these excellent cleans, and it is much more upbeat than Bring Me Home. A love song from Whitechapel so the fans, the band give this song their everything, and it features some of the best musical and vocal performances on the whole album. Bozeman’s cleans are dubbed over his gutturals which add a whole new level of atmosphere here. Decennium and Bring Me Home stand tall as the best tracks on the album by a long way.

Mark of the Blade is one of, if not the, strongest albums Whitechapel have released. There is a strong sense of maturity here, coupled with brilliant song-writing and musicianship. If they continue this path they have set for themselves in term of sound and style, it will not be long before they are held up as genre standard bearers. A brilliant release from a band finally finding its path. 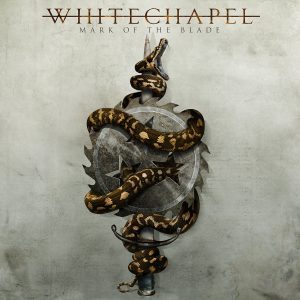 For fans of…
Carnifex, Slipknot, Meshuggah