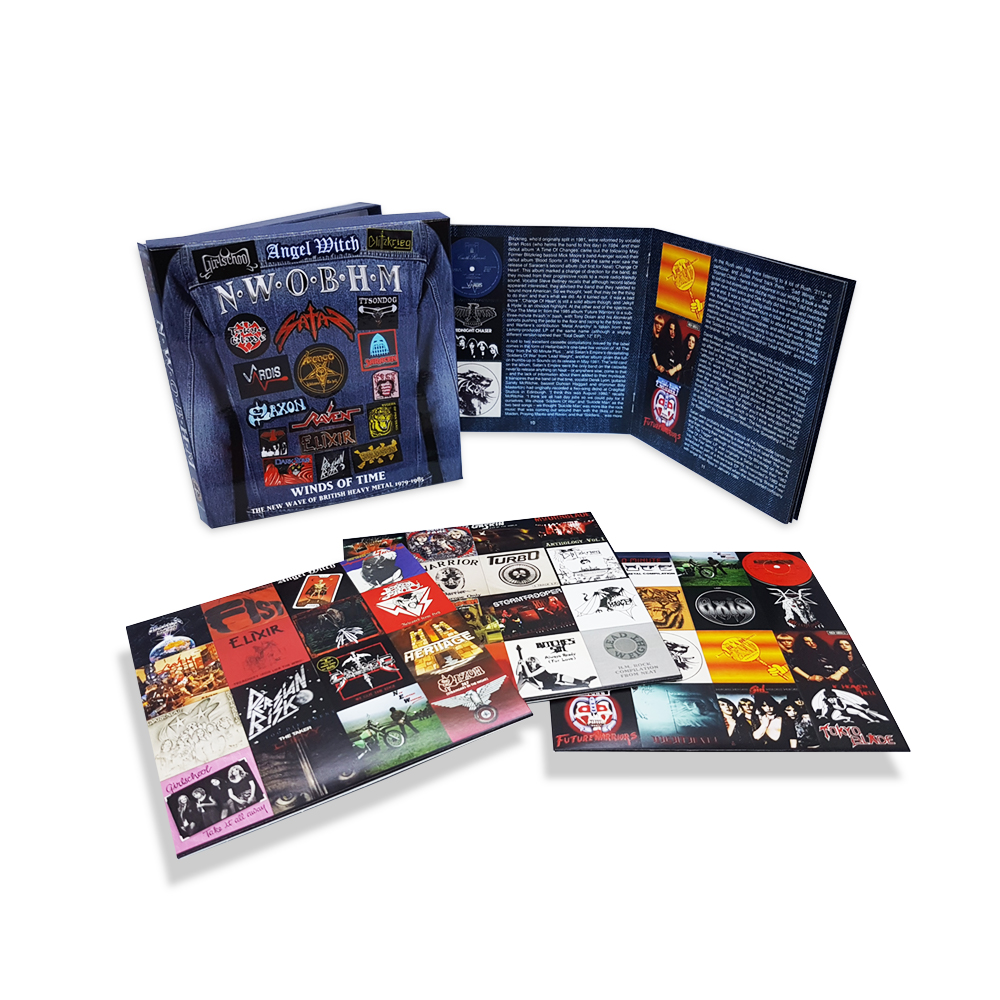 NWOBHM (new wave of British heavy metal) was a British musical movement that started in the late 1970’s and achieved popularity in the early 1980’s. It came during the period of punk rock’s decline and the dominance of new wave music. The sound incorporated heavy metal of the 70’s such as Black Sabbath, Deep Purple, and Led Zeppelin with the intensity of punk rock to create fast and aggressive songs.

An important part of the movement was the DIY (do it yourself) attitude that pervaded, resulting in raw sounding, self-produced recordings and a proliferation of independent record labels. It began as an underground phenomenon but gained popularity due to radio airplay.  It’s an important part of heavy metal history and influenced countless bands.  Through it, the careers of Iron Maiden and Def Leppard went to great heights. Others, such as Diamond Head, Venom, and Raven, remain underground but very inspirational and influential in the metal community.

Many of the themes developed was brought on by the hardship of rising unemployment and social unrest of this period.  Their lyrics were about mythology, fantasy, horror and the rock lifestyle.  The movement is also extremely important in the rise of the identity (metalhead, headbanger) and style of heavy metal. It created the visual and dress code (long hair, jeans, black or white t-shirt with band logos and cover art, leather jackets or denim vests adorned with patches) of heavy metal.

It has been said the movement produced perhaps a thousand heavy metal bands, with only a few surviving.  Some only put out one or two singles (45’s), or one-off EP.  This 3CD collection, Winds of Time, seeks to give us an opportunity to listen to some rare and forgotten gems from this period.

It kicks off with Diamond Head, one of the first NWOBHM bands to actually release a full album.  Their influence would be far-reaching with Metallica covering many of their songs off of their Garage Inc album.

Most of these bands I was not familiar with. But I found this compilation fun and interesting.  I found myself checking out the name of the band when one of the songs caught my attention and doing further research.  Not all the songs are great though.  Some lean toward the glam sound or even sound very arena 70’s rock.  While not “need to skip right away bad”, I wasn’t particularly moved by these selections. Others might be, if it is your thing.  But for the most part, I found some awesome songs by great bands. There are too many to just list, (Witchfynde being of particular interest as I purchased further material from them right away).  This compilation is well worth picking up. Of note, the liner notes by John Tucker is very informative and worth reading.

With over 50 tracks, this collection is exciting as each track is a potential raw gem waiting to be uncovered.  It is educational and gives you a metal history lesson at the same time. If you are a fan of the era, either a ‘nostalgic you were there and can’t believe you’re hearing this track again’ or just have an interest in this sound, this boxset should help you delve deeper into this musical movement that influenced the next couple decades of metal history. 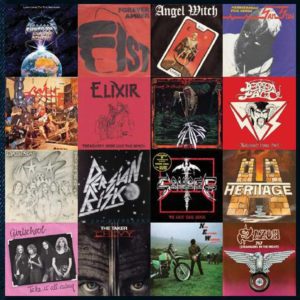 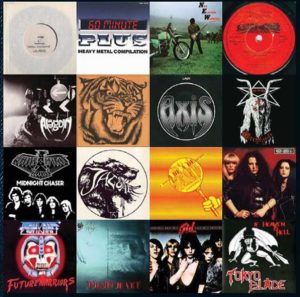 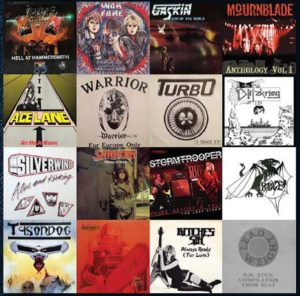 For the fans of … NWOBHM, Diamond Head, Angel Witch
To purchase this collection, click HERE