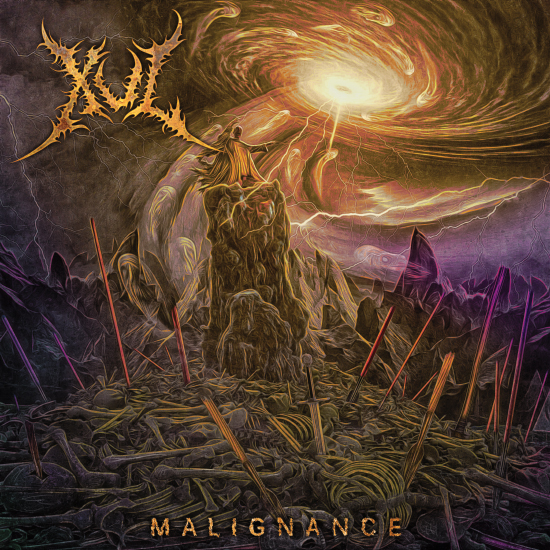 For metalheads the world over, blackened death metal conjures up one name – Behemoth. Behemoth are the most recognised band in the world to be peddling this brand of black metal influenced death metal, but do not think for a second this means they are the only BDM band worth a listen. Hailing from Vernon in British Columbia, XUL are unleashing their stellar debut on the world for a second time – Malignance has been completely remastered by Ken Sorceron (of Abigail Williams fame), it has been treated to some truly stunning new artwork courtesy of Remy C of Headsplit Designs, and it has a rerecorded track from one of their old demos: closing track, Venomous Inquisition.

The first thing I have to speak about here is the artwork – of course a good album cover bears no influence on the skill of the musicians and their ability to write good songs (both of which can be found here in spades) but for me, certainly, a good album cover just adds so much to the experience of the album as a whole. And it’s bloody cool to look at. Now don’t get me wrong, the original album cover was pretty damn cool, it had a real dark and gritty feel to it. 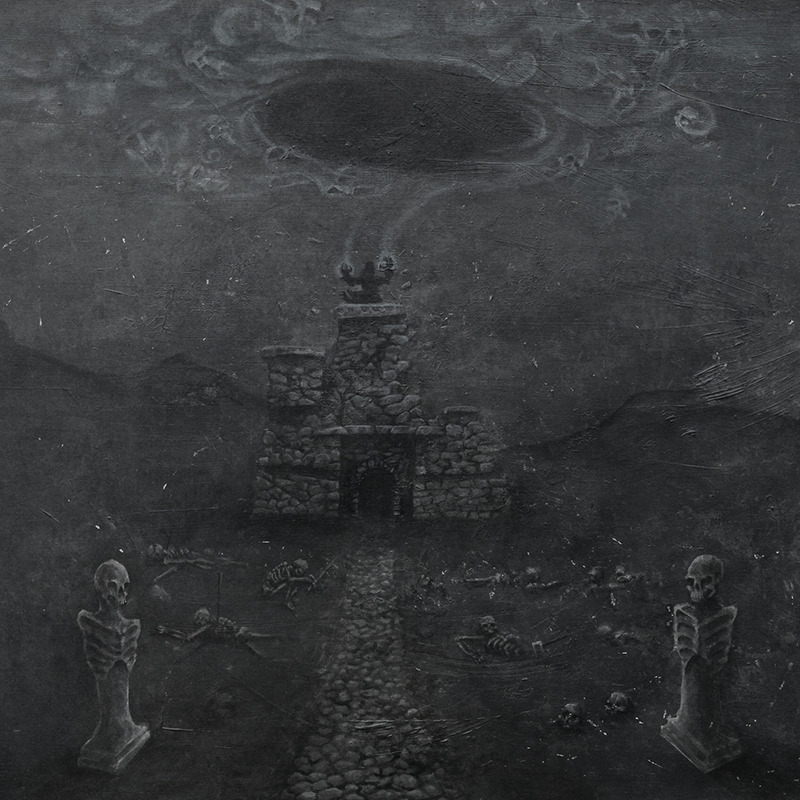 I mean, look at that! A pretty sweet piece of artwork, am I right? But, if we just take a second to look at the reissue artwork…

Now I have a confession to make I’m afraid. Until today I had heard of XUL, I was aware of their existence, but I had never actually listened to them. And let me tell you ladies and gents, I am kicking myself. Disgustingly heavy guttural vocals? Check. Strong song-writing and interesting lyrics? Check. Riffs, riffs, and some more riffs? Check. Bloody good fun to listen to? All of the checks. XUL are at the very, very least worth giving half an hour of your time to so you can check out a few tracks, but realistically, they are more than worth chucking a few bucks their way to get yourself the CD. Even if you don’t remotely like metal, buy the album just for that freaking artwork, I mean come on!

Malignance opens with Battlestorm, we are treated to a speedy little drum fill which dives straight into a crushingly heavy riff and the carnage begins. Vocalist Levi Meyers is spitting more venom in his death growls than I have heard in a long time, and though his vocals aren’t the clearest this barely takes away from the listening experience as a whole. Battlestorm features a very nice little interlude after the first guitar solo – a very cool, very funky bassline which leads very nicely into the second guitar solo of the track, before the meaty, speedy riffs and harsh vocals kick in again. We’re off to a good start.

Track number two, Mastication of Putrescent Empyrean Remains, (trying say that after six tequila slammers!) is overflowing with monstrous riffs and truly beautiful and artistic leads. This is a theme you will begin to see develop throughout the album, riffs heavier than a blue whale on steroids and incredible and well executed lead passages.

The album continues in this vein – tight drumming, basslines filled with groove (and largely audible!), very strong vocals and fantastic chops from both guitarists, Bill Fergusson and Wallace Huffman. Skipping to track number 4, we are gifted with Vengeance, which is just an excellently written song, it has everything you would want – the riffs, the leads, the fast as buggery drumming, and we are blessed with some of Levi’s clearest vocals on the album. During Winter’s Reign, the fifth track, XUL treat us to a beautiful piano passage played over a very At-The-Gates style riff. Soothing piano and violin passages are found scattered across most of this track, which contrast very nicely with the inhumanely fast blast beats and chunky riffs – until once again, Wallace Huffman decimates us with some chaotic and incredible leads. Normally I’m not a fan of instrumental tracks, but here, Winter’s Reign just works.

This section in the middle and end of the album is turning into a real winner. Next up we have Hordes of Black, Incinerate the Earth, and Tomb of Tyrants, which again, are just absolutely killer tracks. No ifs, no buts, just shredding and blast beats for days. Levi’s vocals are drifting away from the clarity we saw on Vengeance, but this is a minor complaint – the brutality and venom is still there in abundance, and this is what matters. Tomb of Tyrants is definitely one of the best tracks on the album, heart stoppingly heavy, catchy in places, and features some stunning acoustic sections.

Malignance closes with Venomous Inquisition, which is all about the groove. By now you should have a fairly reasonable expectation of what XUL are going to be delivering, and this does not disappoint – some of the riffs in here are some of the best of the whole album, and the same goes for the leads. Another excellent track, and along with Tombs… one of the best on the album. I can’t help but feel however, XUL should have tried to slot Venomous Inquisition somewhere else in the album, as Tombs of Tyrants was really the perfect closing song with its acoustic passages.

So, what’s the verdict? The Malignance reissue is a damn fine album, not perfect certainly, but very, very enjoyable. This is very much a guitar orientated band, and I cannot stress enough how much fun these leads are to listen to! Big shout out to Ken Sorceron for doing such a solid job on the remastering as well, smooth enough to be enjoyable, raw enough to play up the black metal elements. I implore you to pre-order this, or pick it up when it goes on sale on the 30th of October, and definitely grab their EP that dropped earlier this year as well! 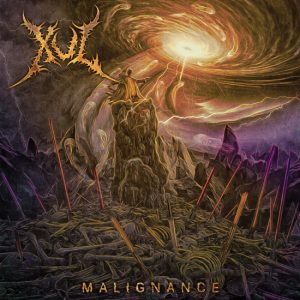 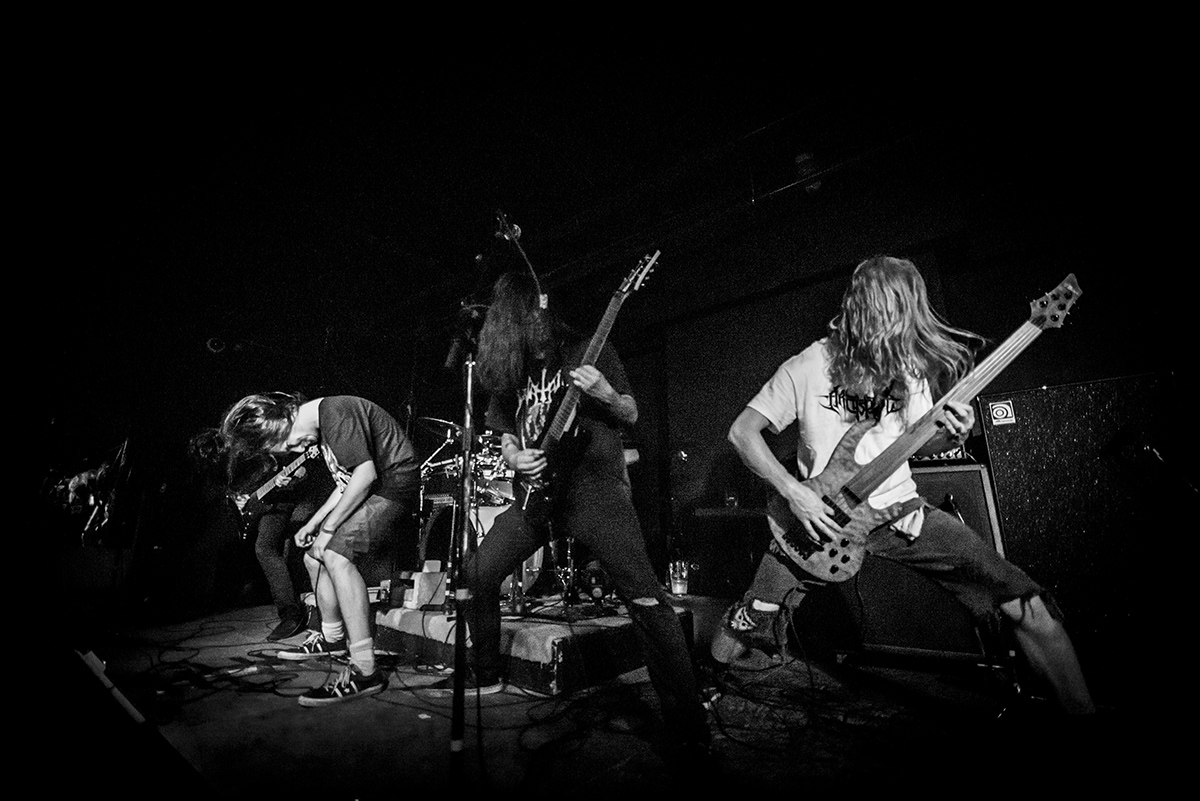