13th January 2020 0 By John Deaux
Monday, January 13th, 2020 – SLIPKNOT have announced that tickets for the first ever KNOTFEST UK, the music and lifestyle event curated by the multi-platinum, Grammy Award winning band, will go on general sale at 10am UK time on Thursday 16th January over at LiveNation.co.uk/artist/slipknot-tickets. Fans can also gain access to a Live Nation pre-sale from 10am on Wednesday 15th January by signing up for My Live Nation at www.livenation.co.uk. With many shows on the legendary Iowa band’s current UK tour selling out extremely quickly (The O2 in London in just 8 minutes), don’t waste any time in snapping up tickets for SLIPKNOT’s UK return in 2020.
KNOTFEST UK will take place at The National Bowl, Milton Keynes on 22nd August and will mark SLIPKNOT’s first time back at the renowned venue since their legendary set at Ozzfest in 2001. KNOTFEST UK’s full line-up and on-site activities will be announced in due course. Hotel and ticket bundles are available at http://www.ticketmaster.co.uk/knotfest.
KNOTFEST UK have also partnered with Big Green Coach who will be offering an official coach network to The National Bowl, Milton Keynes from 41 cities across the UK, providing fans with a convenient, cost effective way to travel to and from the event. Fans have the option to bundle an event ticket with their coach ticket when they purchase from the Big Green Coach website or via Ticketmaster.co.uk. For full information and timetables, headhere.
Tomorrow, SLIPKNOT kick off a mammoth European trek in Dublin, Ireland and hit a further 27 cities across the UK and Europe, as the band traverse the world to capacity crowds in support of their UK No.1 album, WE ARE NOT YOUR KIND. Full dates and info on the European tour are available here.

The KNOTFEST brand reaches ever further around the world, with annual landmark events now held in the US, Japan, Mexico, Colombia, as well as 2019’s debut collaboration with French destination festival, Hellfest for KNOTFEST MEETS HELLFEST and the first ever KNOTFEST ROADSHOW tour which saw SLIPKNOT play to the biggest US crowds in their history. In additional new territory for the brand in 2020, the inaugural KNOTFEST AT SEA cruise (KnotfestAtSea.com) will set sail from Barcelona on 10th August 2020. The cruise will be headlined by SLIPKNOT, who will perform two sets on board the ship with the full line-up announced soon. There will be various on-board experiences, including a live Q&A with members of the band, a Sid DJ/MC Set, a Slipknot Whiskey Tasting & Discussion with Clown (limited capacity), with more experiences still to be announced.

WE ARE NOT YOUR KIND is highlighted by the current single ‘Nero Forte’, ‘Solway Firth,’ and the LP’s lead single ‘Unsainted.’ The three tracks feature an M. Shawn Crahan directed official music video, and each trended worldwide on YouTube (all videos, not just music) – ‘Unsainted’ at #1 worldwide for a full 24 hours.
Stay tuned for further information on KNOTFEST UK in due course. 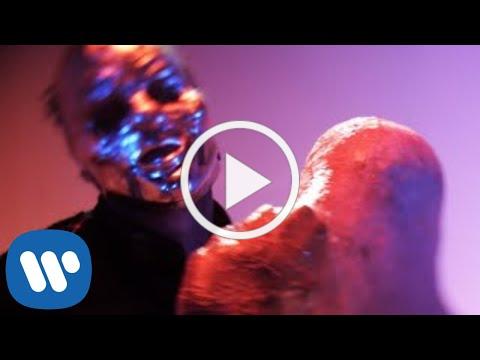