Let us set the stage. Imagine you are in the crowd waiting for a brutal show to start. There’s smoke, and the tell-tale stench of skunk wafting through the air. When the band arrives, they announce themselves as 01101111011101100110111001101001 (or do they say Ovni? I don’t know). It takes them as long to introduce themselves and their first song as it would take for some bands to play an entire intro song. Either way, they jazz up the crowd. Then the music starts. And you can’t hear a thing. The only thing you can make out is the tinny sound of feedback trying to dig its way out of the thickness of sonic mud. There isn’t any hook to catch on to, and nothing you can bang your head along with.

There isn’t much «meat» to this album to dig into, with only four tracks(all with similarly unpronounceable titles as the band’s name itself) and one is merely electronic zip zaps. There isn’t any one part you can pick out that distinguishes itself as a song from the rest of the absolute haze that this album is.

I’d be much more forgiving if I thought these guys put any effort into their songs, but it sounds more like the moments in between wakefulness and sleep than fully realised music. Even if they’re in on their own joke, it’s a bad one. Simply put, this isn’t music so much as someone’s poor sense of humour(trust me you can make hokey metal and have it be interesting/funny/etc… I’d even argue that’s part of what makes the genre so interesting and fun). What does one even do with this? How would one go into a record store and ask for this album? Can you imagine that? No really, try to imagine that, even if you did like the way it sounded(but I mean you could find seven thousand other bands of the same genre that are more listenable than this).

What really surprises me is that someone went all out on the album art, when the band themselves couldn’t even apply half an ass to the music itself.

This is like Simlish metal. This is the joke music someone who doesn’t know the first thing about metal might make to make fun of metal, or imagine that metal is. It isn’t music so much as a very barely, in the most minute sense, a vague idea of what a «music» is.

And before you say «you just don’t get it», a joke is a bad joke if the listener doesn’t know the conceit of the joke or what the punchline is.

It would be a funny joke if anyone knew what their schtick was.

Work on that, boys. 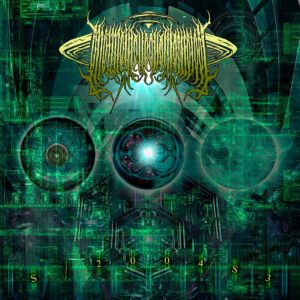