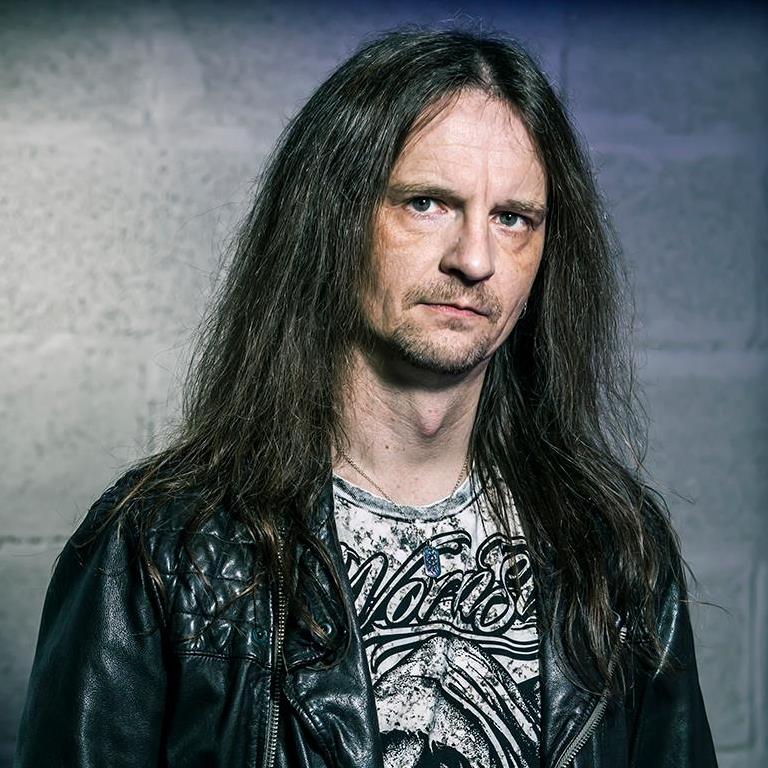 Power Quests return, some amazing festival experiences, touring foreign waters, the past 12 months have been pretty eventful for the band including exciting moments like the release of your video ‘Lords Of Tomorrow’, the release of your latest album ‘Sixth Dimension’.

Sixth Dimension recorded in Rogue Studios in London with the fabulous Alessio, who must now feel like part of the PQ family as you have recorded with him before.

We first caught up with you guys in Hammerfest back in March, where you had a couple of stand ins for the show, after this the ever lovely Andy Kopczyk and Glyndwr Williams became the new full-time members of the band

Yeah Hammerfest was an interesting start to the year…..certainly very appreciative of Benjamin Ellis and Andy Kopczyk stepping in to save the day.

Glyn joined a couple of weeks later which was the same time Andy was appointed to the role too.

From here you guys went onto the most travel heavy tour I think ive ever know a band to do.

Well for a band like us who all still do day jobs and so on, yes it was a pretty intense year on the travel front.

Starting in Portsmouth, then onto SOS Festival in Manchester where you guys headlined the event.

Following this you guys went onto play the incredible Sabaton Open Air Festival in Sweden, where we hear you gave them an exclusive set of your ‘Wings of Forever’ album to celebrate the 15th anniversary of that album being released.

It was a real blast headlining SOS festival in July and I was thrilled to be invited to play Sabaton Open Air in August. First big European festival for PQ……only had to wait 16 years or so hahaha! But the guys looked after us brilliantly and I wanted to do a special set to really thank the organisers from bringing us over and giving such an amazing slot on the bill in between Dirkschneider and Hammerfall. Perfect!

Then you crazy bunch took off for Japan, want to tell us a little bit about this, was it a bit of a culture shock for you all over there?

Indeed……another venture that had been a dream of mine for over 30 years, since I was a in school dreaming of being in a band. Of course it’s a radically different culture out there but one I actually really like. I’m a big fan of politeness and manners so it was very refreshing to spend a few days where everyone was polite and no drunken abusive people whatsoever. We could learn a lot as a country from them to be honest. Our amazing friends Yukko and Ken were on hand to look after us as well and it was great to be able to visit those guys rather than the other way round as they have been to the UK quite a few times now to see us play.

Meeting up with Freedom Call & Twilight Force while on tour, now that’s a line up id like to see over here in the UK!, what was that like?

I’ve been friends with the FC guys since probably 2012 when we first toured with them in Germany and I’ve been a fan since the debut album came out way back in 1999. So it was a meeting of old friends. We actually bumped into them at Sabaton Open Air as well so when we were leaving it was quite funny saying “See you in Tokyo in a couple of weeks” hahaha!

We played one show with TF when we were both on the bill for the Sonata Arctic show in London in 2016 but this trip gave us the opportunity to cement our friendships and we spent a lot of time with those guys and again in Atlanta where they were also on the bill for PPUSA.

This country really is a curious place though for this kind of music which is partly why a lot of the power metal bands from Europe don’t visit the UK or if they do only play London.

You guys then went onto playing Prog Power USA, you guys have really toured all over this year haven’t you?!

PPUSA was incredible too……very well organised and superbly run. Arguably the best sound I’ve ever had on stage…..it’s unusual with this kind of music to find people who understand the role of keyboards completely but I was blessed with a superb tech. Big shout out to Bill Hudson and Chris Petersen for filling in on guitar for this show as Glyn and Andy joined the band too late to get US visas.

You’d think that would be enough touring for 1 band in a year but no then you guys were crazy enough to then go on tour with Dragonforce for 11 shows, where we caught up with you guys again in Manchester, another superb set!

Then to end the year you guys did 4 headline shows up and down the country, now that is 1 hell of a busy year of touring! Is there any particular show which has stood out for you from your extensive year of touring?

Well with the new album out in October I figured we had to really go for broke on the live front. We were lucky to be asked along for the DF UK run…..and good to be on the road with my old colleagues again. I remember the Manchester show well because I had to drive back to Southampton immediately after the show as I had to work for the two off days on the tour before rejoining the tour again.

I have to say that having dreamt of these things for 30 years, Japan and USA were the big things for me this year along with Sabaton Open Air and probably the London show on the DF tour to a packed out crowd at the Electric Ballroom.

Well I don’t look at it in that way to be honest. A band like PQ isn’t going to be doing these things every year that’s for sure so you keep your feet firmly on the ground and appreciate the opportunities that hard work and honest endeavour brings. Being a good band doesn’t mean being a big band as there are plenty of bands who are pretty big but have no soul or integrity to them which is a vitally important thing for me.

We see that you guys are kicking off the year with Hard Rock Hell Metal in Birmingham, then 4 shows with Freedom Call in the UK. Cant wait for that one!

Yeah we will be out with Freedom Call February 22nd to 25th in Glasgow, Cannock, Sheffield and London. I hope the power metal community will support this tour by coming along to the shows and helping us to have a “Happy metal party|” each night 🙂

We also hear you will be attending Amplified Festival which is a great festival to play, you guys will enjoy that one!

Looking forward to HRH and Amplified festivals as well. Always looking at other opportunities as well so I’m sure there will be further live action to come.

Do you want to tell us about a little rumour we heard about you going back into the studio in 2018? Any sneaky little exclusives you can tell us about before we sign you off for the year!

A rumour? Oh you watched one of my live update videos didn’t you? haha! At least someone does 🙂 Yeah we might well head back into the studio briefly this year before we head back to record the new studio album in 2019.

We hope you guys have had a great Christmas and have a fab New Year, we cant wait to see what you guys have in store for us in 2018!

Cheers for talking to us today Steve!

You’re welcome. Always a pleasure, never a chore! Happy New Year to you all and I hope it’s a very peaceful and successful one for us all!