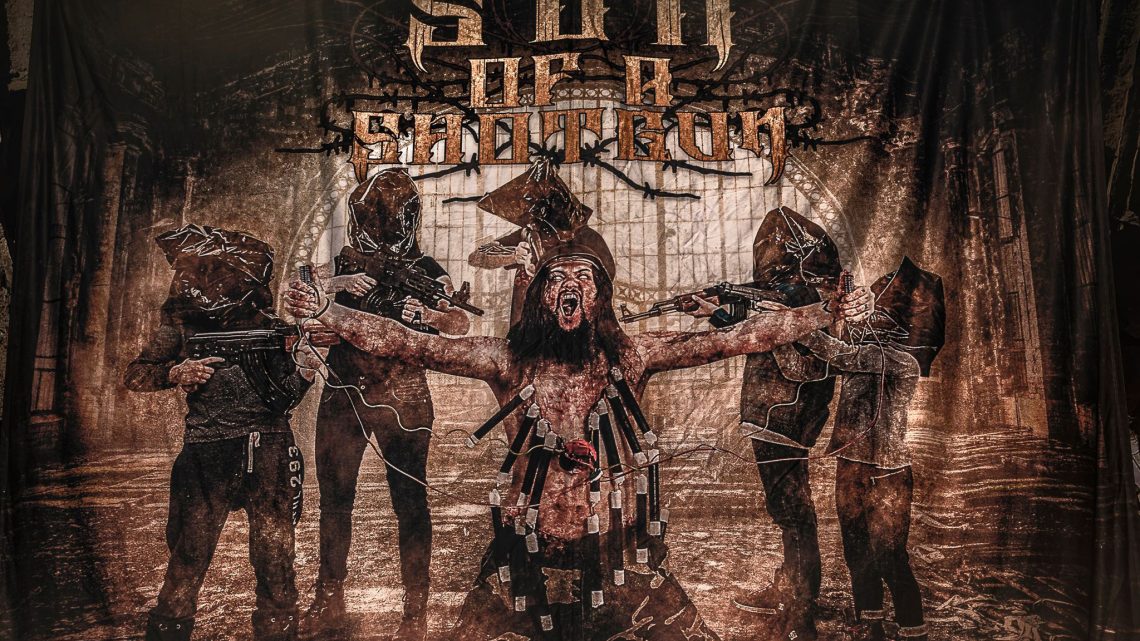 As if any proof was necessary that Norwegian death/grind mariachis SON OF A SHOTGUN shoot from the hip, here you go. An unexpected version of Dr. Dre/Ice Cube’s “Natural Born Killaz”. Not only the wild card of the upcoming album “Be For Oss Alle” as also, probably, the heaviest and nastiest rap-turned-to-metal version ever recorded.

“Be For Oss Alle” is the new album from SON OF A SHOTGUN, the off-shot Southern death/grind band let by guitar player Ivan “Meathook” Gujic, well-known for his role as guitar player of Norwegian death metal gods Blood Red Throne. The record was produced in Meathook Studios, being mixed and mastered by Cryptopsy’s Christian Donaldson. Ivan states “We as a band are extremely fired up! Taking our music and talent to a new level. A big hellyeah goes to Emanzipation for working with Son Of A Shotgun”.

After the release of “The Mexican Standoff” Meathook kicked off a Norwegian tour, covering all the biggest cities and headlining the Southern Discomfort festival. In their touring, SOAS even played with Cannibal Corpse and made a documentary of it. 2018 was the year of the SOAS zombie squad. The project turned to a full line-up, with some of the best extreme musicians in Norway. The mind-blowing debut of the band happened in Oslo in 2019. Fully uniformed, war painted. A military precision gig.

Now it’s time for a new chapter in Son Of A Shotgun rampage.

“Be For Oss Alle” will be released in digital, LP, and CD formats by Emanzipation Productions on 11th September 2021.

Promethium – Welcome To The Institution – Remastered and Expanded Review