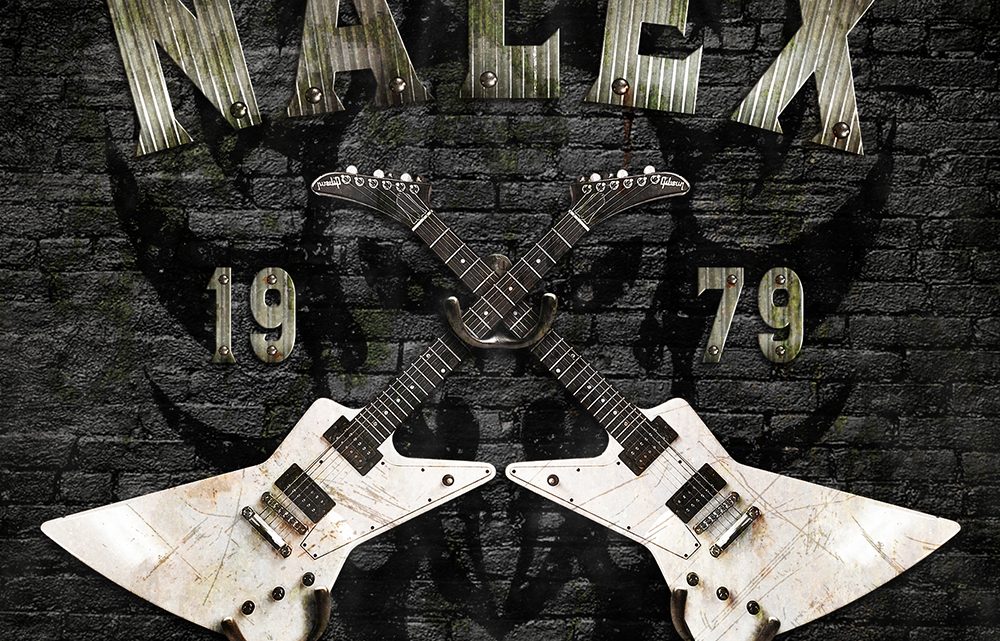 For the past 25 years, Niels Alex has been a part of the Danish Rock & Metal scene. Since his time as a hard metal drummer in the band PILGRIMZ, a lot of metal has flown through his veins.

The hardcore metal band Pilgrims released their debut album “Boarriders” in 2008, (Jacob Hansen – Studio/Tue Madsen Mix master) and played Roskilde Festival/ MTV Headbangers Ball tour that same year. Pilgrimz toured with several bands including GOJIRA, The Hunted, and Raised Fist. When they separated in the middle of the production of their second album in 2011, it gave Niels Alex the golden opportunity, to go forward with a new band of his own.

Niels Alex created the Hard Rock band STATEMENT together with Jannick Brochdorf in 2011, and their first album “Monsters” was on the streets in the spring of 2014. Niels Alex is now killing it in the role as lead guitarist and songwriter, alongside with Jannick Brockdorf, who is the core of the band.

Statement released yet another two albums: the strong and praised “Heaven “Will Burn” in 2016, and “Force Of Life” in 2019, and got to spread their wings on a big European tour, where they played with legends such as Diamond Head, Tesla, Prong, Pretty Maids, amongst others. In 2020/2021 Statement is still very much active and working on their strongly anticipated fourth album.

As any musician knows, when it comes to songwriting, not every masterpiece fits like a glove in the current band’s music genre, and Niels Alex has therefore decided to save many of his own golden masterpieces, and let them come alive in a collaboration with his good friend and producer Tue Madsen/Antfarm Studio.

Niels Alex’s first single “Never “Ending Story” is now seeing the light of day. In this strong and powerful solo project, Niels Alex celebrates his own multi-skills, where he is not only the true voice but also shows the world that his great talents on both drums, bass and guitar, are all forged from his own hands, besides being honored by Tue Madsen’s beautiful and superb 1970’s inspired guitar solo and keys recording.

The work has just begun ‘cause Niels Alex has a whole box of goodies to share, and his collaboration with Madsen is expected to end up in a 2021 album, released by Mighty Music.

The project is called NALEX.

The style, sound, and genre of Niels Alex solo project is personal and his own making, but with inspirations like all the mighty and immortal hard’n’heavy kings on earth. To name just a few would be Scorpions, Metallica, Tesla, Judas Priest, King Diamond, to all our danish songwriter machines like Ronnie Atkins, Jesper Binzer, and Tim Christensen amongst many others.

Niels Alex tells that it can never go wrong with these great artistic legends and their stories by his side, and their inspiration is his road to follow. He describes himself as made of rock and Metal, and that’s what he wants to deliver. A piece of his true self.

Spiced up with a touch of melodic melancholia, hard-rocking guitar riffs, spine-slamming heavy drums, – all put together in Tue Madsen’s`s mixer.

This is the sound of NALEX

And this is his… NEVER ENDING STORY.