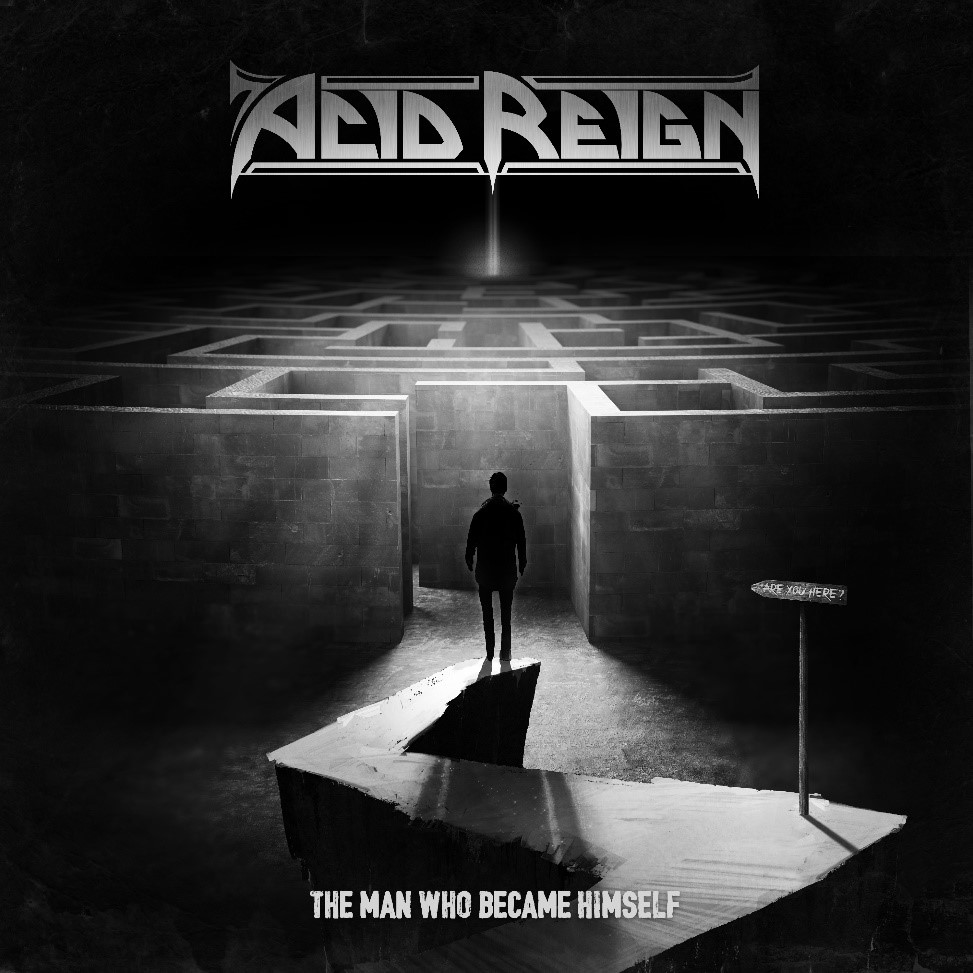 As the UK thrash legends Acid Reign gear up for their ‘APRIL FOOLS’ tour, the band are excited to announce the release of their brand new single ‘The Man Who Became Himself’.

The follow up to their acclaimed song ‘PLAN OF THE DAMNED’ (as featured on the new Music for Nations ‘Speed Kills VII’ compilation.), ‘The Man Who Became Himself’ (featuring artwork by Andy Pilkington from Very Metal Art – https://www.verymetal.co.uk/) captures the band on bludgeoning form that picks up where the bruising POTD left off.
Frontman Howard “H” Smith commented ‘An album is still some way off but we wanted to have a new song out for our first headline tour since 1990. See you all there we can’t wait!’. 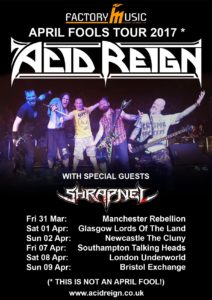 Podcast Episode 38: Two Howards A Bush And A Dan