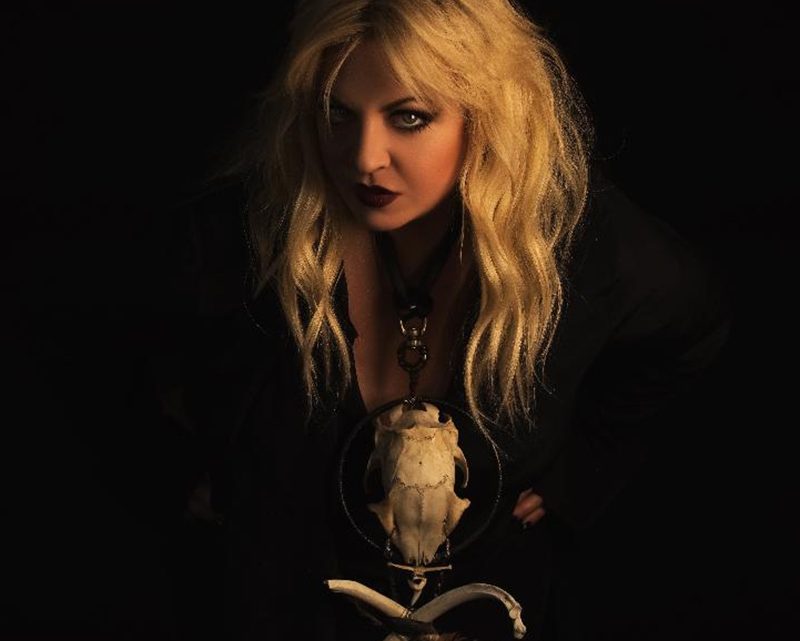 Wax On Water dropped their latest E.P back in November of 2021 to critical acclaim from fans and press alike.

We were lucky enough to get an exclusive chat with their charismatic vocalist Maya.

Your new album is due in May 2022, was much of it written during the pandemic? And did you find lockdown actually helped you create more?

I actually wrote the bones of most of the songs in 2018 and 2019 but the production aspect was done during lockdown. When I start writing a song I either do it on guitar or keyboard and just bank it till I’m ready to put my producer hat on. Production takes me the longest – I usually have a pretty good idea in my head about the production shape that I want for a song before I start producing – by that I mean where there should be emotive height or intensity or breathing points in a song – and then I layer up the arrangement around that. For that part of the process, I need absolute concentration and no distractions so actually lockdown was great for that. So just by the absence of full on life I think that I created more…

Wax on Water has a visually beautiful and dark aesthetic, what artists/creators (musical or otherwise) inspire you?

Thank you! I am a very visual person – my ‘day job’ was always working with designers and directors in record and film companies so I knew when I started Wax on Water that the visual had to complement the music. I also didn’t want it to be too derivative – I wanted it to have its own voice and enhance the music. My influences come from different places – musical artists that inspire me visually are people like Nine Inch Nails, Kraftwerk and Bowie – I also get inspired by contemporary artists like Bruce Nauman – he is a sound artist – and visual artists like Jenny Holzer, Tracey Emin, Mark Rothko and Edward Hopper – I like the melding of pop culture with what I call ‘beautiful melancholy’. I’m also really inspired by British historical and fashion references – England has a such rich culture to draw from – and of course Gothic art! But inspiration can come from anywhere really.

Wowzers, that’s some mix. It works so well.

Your lyrics are darkly poetic – do you read any poetry personally? If so, who do you favour?

I love poetry – yes I grew up with a mother who was very into poetry so we talked a lot about English poets like Ted Hughes, Sylvia Plath, Edgar Allen Poe and TS Eliot. I remember writing into poetry competitions but my poems were more about monsters and destruction!  But I love words, they are beautiful when they capture an emotion or a sentiment and I constantly try to find a way to explain myself to myself – which is why I write music and lyrics in the first place. Expression IS freedom – sadly that is being eroded world wide which concerns me greatly. I push against the limits on what you can and cannot say because without constantly growing how we express ourselves we lose valuable ways to connect to each other and to ourselves.

You certainly don’t get much better than the classics. Especially Edgar Allen Poe. I also get the feeling there’s a little bit of Dante in there as well.

You are from a classically trained musical background. Did you grow up around music/come from a musical family?

I don’t come from a musical family – but I certainly grew up around music. My mother was very into Motown and Blues and Classical and we always shared that together which was really important, as my earliest singing influences were the Blues/Soul greats like Dinah Washington and Aretha Franklin – that’s all I listened to before I discovered rock music and Led zeppelin and then the heavens really opened! Hearing Robert Plant sing – his lyrics were intelligent and human and his voice has such cadence and depth but also a beautiful softness – I found that so exiting.
There’s certainly a sense of Robert Plant in some of your phrasing as well as bits and pieces of classic Atalntic Soul.

Do you still listen to classical music alongside rock & alternative? What appeals to you most about these very different genres?

I don’t listen as much to classical as I used to because I’m always trying to broaden my musical horizons to hear new things. Saying that, I do go back to certain composers when I am writing – I love the intensity of classical composers like Chopin, Mahler or Rachmaninov, but I listen to so many other things too. These last couple of weeks I have been really excited about hearing Nate Smith’s Album ‘Kinfolk 2’ – he’s a jazz drummer but he’s just a really exciting musician to hear play. Right now, I think there is very little exciting alternative rock music – everything feels very derivative to me – but I would say that The Horrors are up there and remain exciting and relevant. I actually think of Classical and Rock / Alternative music as bedfellows – they are about drama, passion, intensity of emotion and I love that – why are we on this planet if not to enjoy the experience of something visceral and real that takes you out of the hum drum of everyday life?
Without music, there is only spoken word after all.

Final question and it’s a bit of a curveball.

You are stranded on a desert island; you are allowed to take three items…

Ok – we’ll I’ll have to rule out a piano as I imagine my shipwreck dinghy wouldn’t be able to carry that! So I’ll take an acoustic guitar because I can write my shit and sing and that’s a cornerstone of my happiness. I guess also a notebook and a pen so I can write… damn! That’s my three done – oh no, I guess I’ll have to starve and I won’t have any suntan cream! But at least I’ll have some music to while away the days…

Sometimes you need to make sacrifices for your own bliss. However, it’s a desert island, there will be coconuts and I’m sure you could fashion some sort of rudimentary fishing rod, you’re quite resourceful.

Maya, it’s been an absolute pleasure to talk to you and we cannot wait for the album. If theE.P is any indicator of what’s to come, we shall have our socks well and truly blown off.