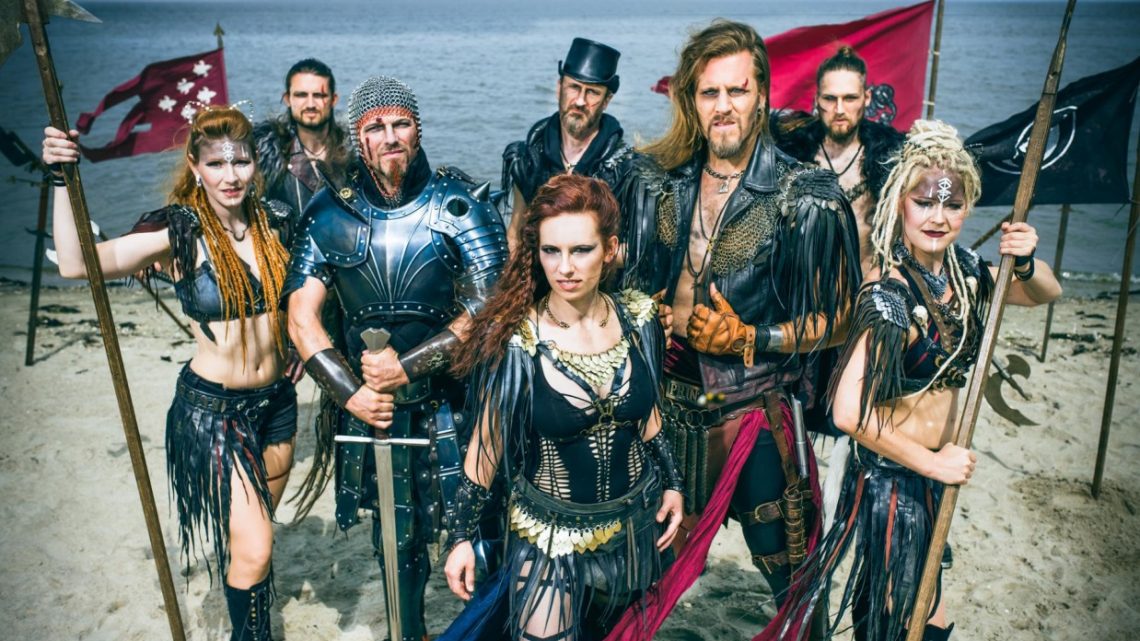 German folk rock sensation FEUERSCHWANZ already released two fierce singles as an appetizer for their upcoming album, Memento Mori, out December 31, 2021. Today, they have shared an exclusive look at the contents of the Memento Mori bonus album, Die Glorreichen Sieben, by featuring an epic reissue of the Manowar anthem “Warriors of the World United” alongside a stunning music video.

The brand new cover version promises great times! With an epic opening carried by deep bass and marching drums, “Warriors of the World United” unleashes a mighty storm of blazing riffs, authentic medieval backing and the fantastic vocal collaboration of Hodi and the Hauptmann plus guest stars Thomas Winkler, Melissa Bonny and Saltatio Mortis. For the filming location of the reissue of Manowar‘s infamous metal anthem, FEUERSCHWANZ headed to the ruins of a castle, hidden in the fog, where they called upon their fans to join their fearless army in front of impressive scenery!

FEUERSCHWANZ on the new song:
“It all started late at night when Hodi and Alea from Saltatio Mortis had a cold drink together.

The two vocal warriors outed themselves as Manowar fans and decided that night that it would be truly epic to pay tribute to the legendary “Warriors of the World” for once – With bagpipes, hurdy-gurdy and a mighty choir of friendly bands and singers from the metal scene! Our friends and companions Thomas Winkler and Melissa Bonny were immediately on fire for the song, and so it became a real friendship project. By metal fans for metal fans!

Brothers and sisters, gather under the dragon banner – Warriors of the World united!”

FEUERSCHWANZ are set to release their new album Memento Mori on December 31, 2021. The new album will continue the success story of the medieval rockers from Germany / Franconia! On Memento Mori, FEUERSCHWANZ finally take a step away from the simpler humor of earlier days to become one of the most important bands in German folk rock.

With chanting violin playing, Memento Mori starts its heroic journey with its eponymous opener. The song turns out to be a melodic rock anthem with a well-known medieval character, a blazing guitar riff and life-affirming lyrics. On “Untot im Drachenboot“, the squad around Captain Feuerschwanz sets off for new musical shores in a Viking ship full of undead warriors. “Rausch der Barberei“, on the other hand delivers a violent, raw voice and driving drumming that send its listeners into unbridled frenzy. On “Krampus“, FEUERSCHWANZ sing in a canon of vocals and instruments about the ancient legend of the demonic companion of St. Nicholas, who is dressed in fur and a horned mask. On the ballad “Das Herz eines Drachen“, the medieval folk rockers show their sensible side. In a fire lit by burning guitar sounds and flute melodies, a warrior mourns his fallen father with his head held high. “Hannibal” on the other hand embarks on a raging battle of powerful choirs, swirling violin and guitar solos and driving drums, led by the army commander Hannibal. The crowning finale of the almost 40-minute adventure is provided by “Skaldenmet” with its proudly advancing bass.

In typical FEUERSCHWANZ manner, Memento Mori is about great adventures, past battles and outstanding heroic deeds. FEUERSCHWANZ manage to stay true to their trademarks and at the same time venture into new musical realms. Fans of the band can look forward to an extensive deluxe edition of the album, which extends the running time of Memento Mori by almost double! Two additional CDs feature instrumental versions of all eleven tracks as well as the cover CD Die Glorreichen Sieben (The Magnificent Seven), which includes seven epic reissues from Amon Amarth to Die Ärzte and The Weeknd.

FEUERSCHWANZ on the new album:
“You take nothing with you to your grave, except your coffin… Memento Mori is the direct successor to Die Letzte Schlacht! The world of Hauptmann Feuerschwanz is in flames, overrun by the living dead and scourged by religious zealots… All of this sounds frighteningly real, even in Anno Domini 2021, so it’s time to defy the storm once again and celebrate life. Let’s live here, let’s live now – until death sharpens his knife!”

As a special highlight, some versions of Memento Mori will feature a bonus CD with seven cover songs by Manowar, Amon Amarth, but also O-Zone, among others. 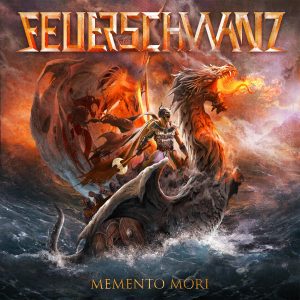 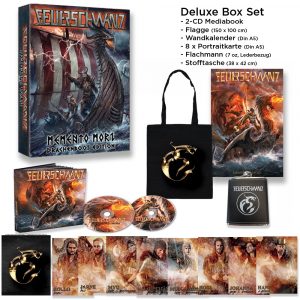 Memento Mori will be available in the following varying formats in various territories: