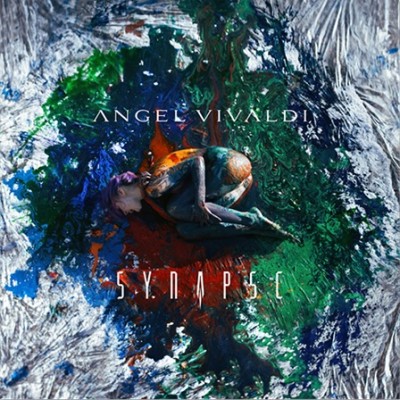 Guitar player extraordinaire Angel Vivaldi popped into AATR Towers for a quick chat ahead of his double header tour with Andy James.

What can the audience expect from the up and coming shows? A “shred off/guitar battle” between Andy & Yourself?
I feel that I have a lot of catching up to do with Europe, so I’m putting a lot of thought and effort into the setlist and flow. I will be debuting new material off of synapse for the first time ever, so I feel that is a very special milestone for us to share. I also have the amazing Mike Malyan behind on drums for this tour which is also going to also be a treat for people to see … many firsts.

If all goes according to plan, we’ll likely perform out collab single “Wave of Synergy” together.

Do you have any pre-show rituals?
Nah, I usually just hang with fans before and after the show.

What’s the most embarrassing moment you’ve had on stage?
This wasn’t necessarily the most embarrassing moment but it certainly took me off guard. On my last US run with Gus G, we’d play a few songs together at the end of the night. Instead of simply introducing me back on stage, he and the guys invited me back along to the Blue Oyster bar theme song from Police Academy.  It was absolutely glorious.

When was the last time you were starstruck/or fanboyed over?
I dont get starstruck really, we’re all just people!

Which venue/city are you looking forward to playing the most?
Prague immediately comes to mind, however we’re going to be in so many stunning places it’s impossible to say. If I had to choose one it would be Prague. I’m deeply moved by dark art, it really resonates with me.

Who’s idea was it to do a double headliner and how did you guys meet?
I first heard of him from fan comments a very long time ago. Id get a good number of requests to collab with Andy on something.

I reached out to Andy sometime in the Fall of 2016. We have a lot of mutual friends so I figured I’d reach out and see if we could make a tour happen since I was planning on doing a European run. He obliged and here we are!

What are your views on bands charging money for fans to actually meet them?
The industry is rapidly changing so naturally, artist have to get creative in order to continue fueling the machine for future albums, tours and other expenses. These types of events are very successful simply because the  fans want the opportunity to connect more intimately with their favorite artists. I think it’s fantastic.

Who would you personally like to sit down and interview yourself?
I’d love to interview Tori Amos. She’s absolutely brilliant and I’m a great admirer of her work and energy. There’s always something interesting and insightful to be said from her, would be an honor.

Obviously you have the tour coming up and of course you’ve both got new albums about, but what’s next? Have you already started writing new material?
I’m planning another very, very exciting tour. Seeing the fans be so inspired about Andy and I ‘s recent collaborations I wanted to take it up a notch even further. After that I will be focusing on the rest of the video content for the new record.

Cheers Angel, I’ll see you at one of the shows. 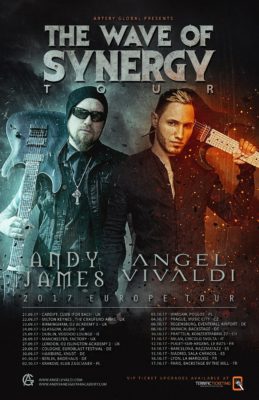 The Cravats – Dustbin of Sound