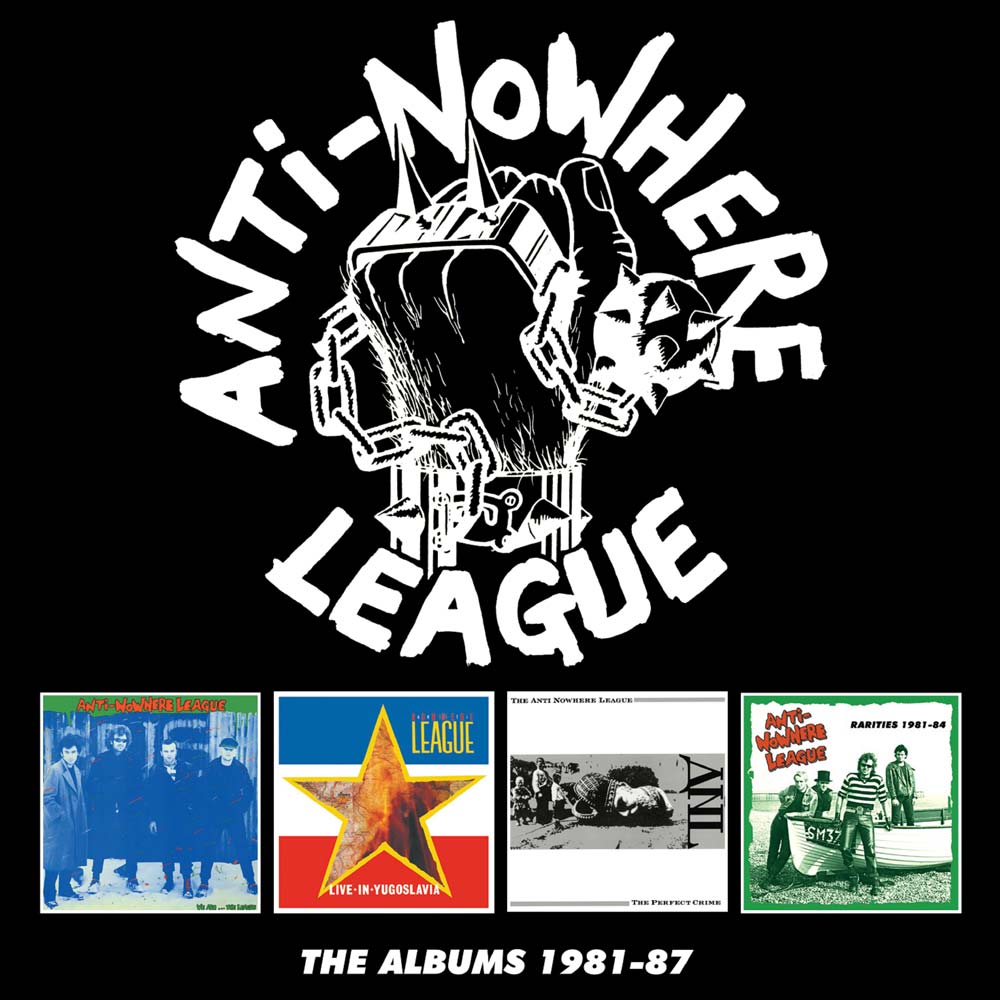 4CDs, 56 tracks and the absolute dogs bollocks of 1980’s british punk in the form of The Anti-Nowhere League. From such classic tracks as So What (which Metallica covered) , The Streets Of London and I Hate People, this box has the lot.

A combination of The Sex Pistols and The Clash, and just when everyone thought punk was dead along came with the league with their ‘We Are…. The League and if you don’t fuckin’ like us you can stuff it up your arse.’ attitude.

Their 1st 3 albums (We Are The League, Live in Yugoslavia and the rare Perfect Crime) are presented here in cardboard replica album sleeves along with a 4th disc of non album B-sides and demos.

All the albums still sound incredibly fresh, relevant and as brutal as the day they were 1st released. Lyrically the League were always spot on with the world around them. Sadly the lyrics are still poignant (thanks to Brexit and austerity), it’s a sad state of affairs that a band like this has lyrics that are still relevant and proof that the UK hasn’t moved on in almost 40 years. Let The Country Feed You is a prime example.

There’s also a lot of tracks that have their tongue firmly planted in cheek and about as subtle as a running elephant.

The booklet that accompanies this set is noteworthy on its own. Lots of memorabilia pictures along with some fairly decent liner notes.

An absolutely incredible box set and to have just the Anti-Nowhere Leagues 1st 3 albums in one handy package is just tremendous but to have the bonus of a 4th with a shit tonne of rarities makes this an awesome package.

This is 56 tracks of pure class, mastery and a lot of expletive deletives that would even make The Macc Lads blush. 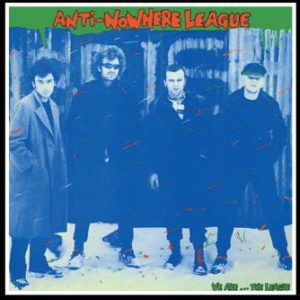 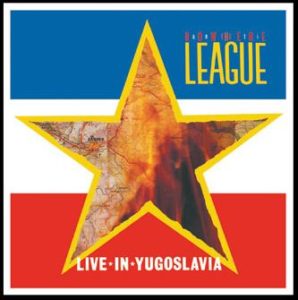 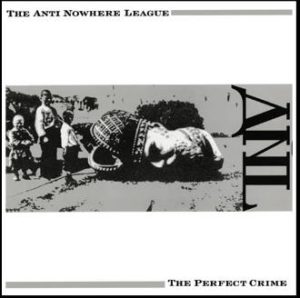 DISC THREE
THE PERFECT CRIME
1. CRIME
2. ATOMIC HARVEST
3. ON THE WATERFRONT
4. BRANDED
5. (I DON’T BELIEVE) THIS IS MY ENGLAND
6. JOHANNESBURG
7. THE SHINING
8. WORKING FOR THE COMPANY
9. SYSTEM
10.THE CURTAIN 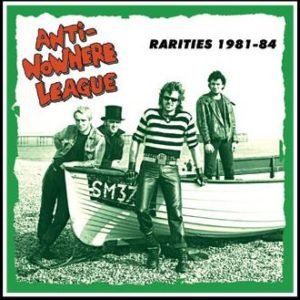