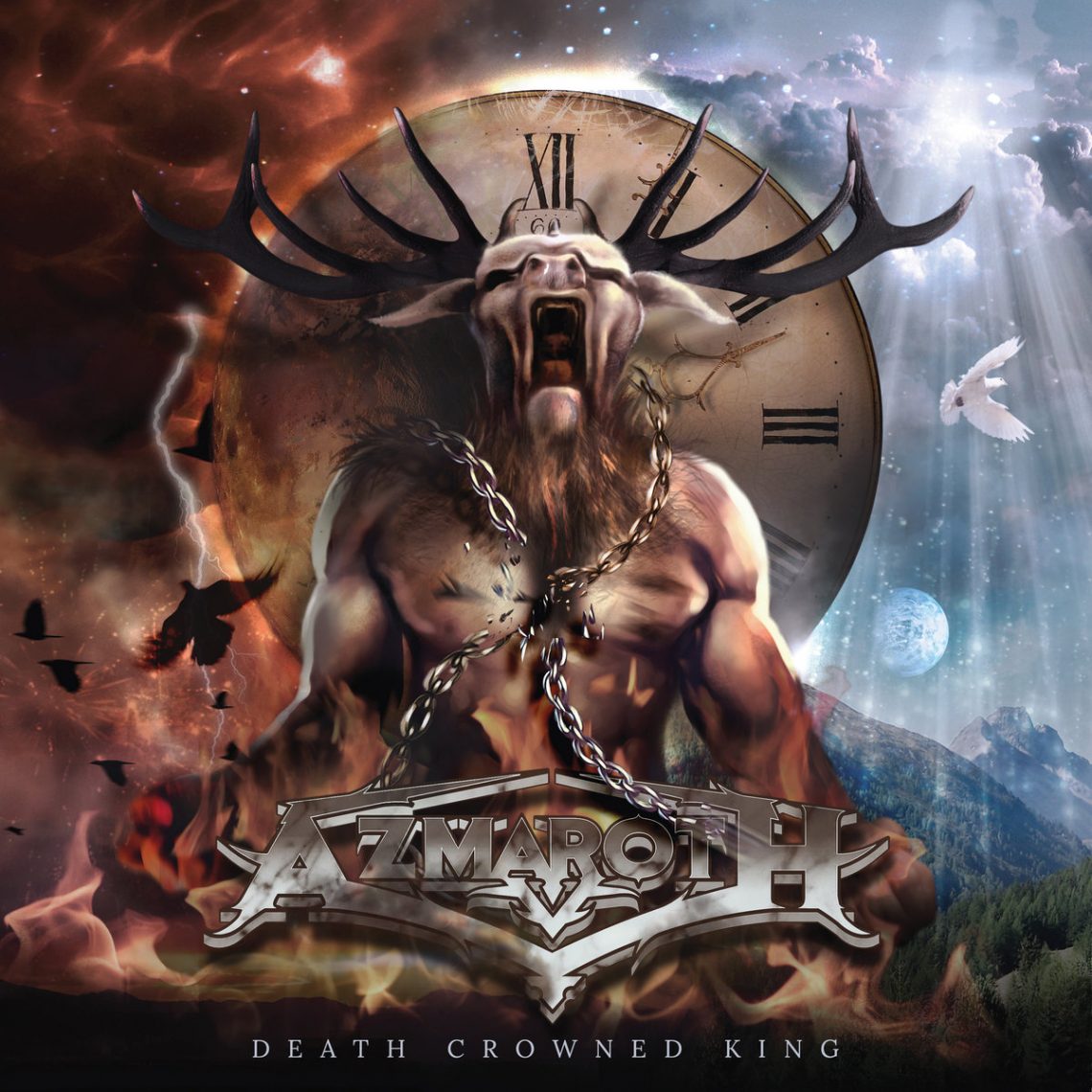 Norway is not known for groove metal. Norway is known for black metal and all its tropes – corpsepaint, church burnings, and music that has the sound quality of something recorded in a tin can at the bottom of a lake of stagnant piss. However, new-kids-on-the-block Azmaroth are here to prove Norway’s metal output does not begin and end with trve, kvlt black metal with their debut, Death Crowned King.

Azmaroth carry a sound clearly inspired by the NWOAHM – massive grooves and melodies accompanying a devastating heaviness. Track number four, Reprieve, highlights this and feels like pure Lamb of God worship throughout. However, much of the first half of the album feels like filler, and it is not until the second half before Death Crowned King really hits its dark, brutal stride. Ashes of Life and As Your Heavens Fall are packed with beastly grooves and scorching leads set to snap your neck and melt your face. The title track opens with a simply gorgeous piano intro that leads into some truly infectious riff-work. Death Crowned King is one of the strongest tracks on the album for sure!

The true highlight of Death Crowned King, however, is Odin’s Fate. Odin’s Fate stands as a monolith to what modern metal should sound like: the grooves are infectiously heavy, though packed with melody and atmosphere. Complete with lyrics taken straight from the Prose Edda, a blistering solo and an earthshattering breakdown, Odin’s Fate is a perfect mix of NWOAHM groove and Scandanavian melodeath that stirs hope for the future of metal.

Death Crowned King has, at its roots, a heavy Lamb of God influence. From the punishing drums and groove-laden riffs right down to the pure Randy Blythe worship in the vocals, it is clear to see their main influence. That said, they are not a cheap clone. Though unafraid to wear their influences on their sleeve, Azmaroth are their own band with an exciting future ahead of them! Death Crowned King shows a lot of promise for these Norwegians. 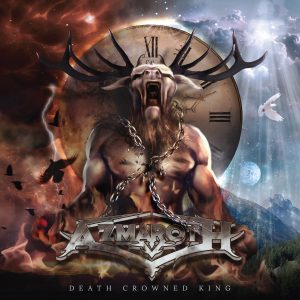 For fans of…
Lamb of God, Threat Signal, Soilwork