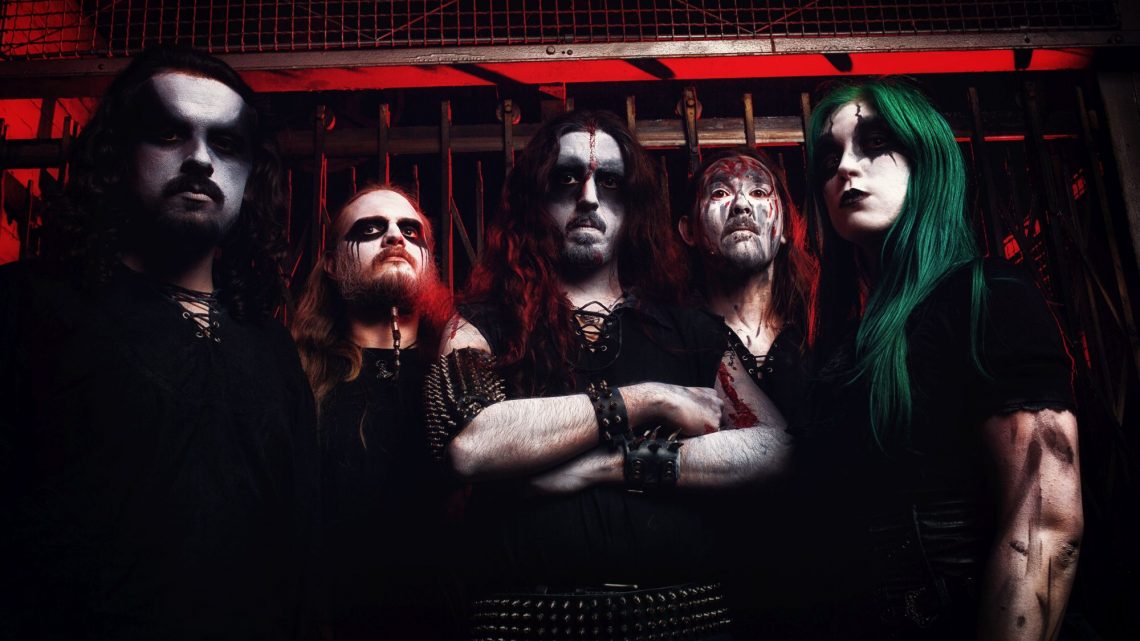 London’s Formicarius have been sharing their fearless style of Black Metal since 2015 and we caught up with keyboardist Morath for a chat during Lockdown 3.0. 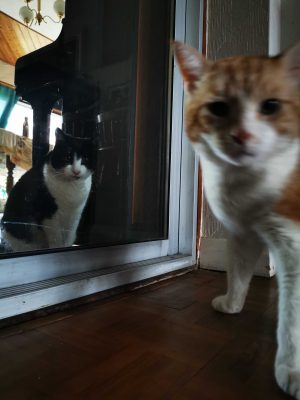 Hi Vicki, (sorry Morath) we’ve been told you have a couple of felines. Tell us about them
I have one cat (Bruce, 4) who lives with me, and another (Jack, 13) who lives at my parents’. After 10 years of living in London rental properties where no pets were allowed, Jack had to stay behind sadly. We (Dan and I, both from Formicarius) finally live somewhere that allows pets, but at 13 years old, Jack is just too settled where he is to move.


So last year during the pandemic, we adopted Bruce. Formerly a stray, he had no chip when he was picked up, but he must have had a home before as he’s so friendly and house-trained. It breaks my heart to think that someone could have abandoned him! He’s FIV+ which means he has to be kept as an indoor cat, but he’s a perfect companion.

Adopting him during the pandemic has meant we’ve had a lot more time to bond whilst I’ve been working from home, which has been brilliant.

Gutting to hear about Jack not being able to move with you. It’s understandable tho. Adopting an FIV+ cat is a massive responsibility. Seriously, fair play for taking him on and giving them a second chance.

When Jack was really young, he once escaped (before he was allowed out) and I had to chase him, climbing over neighbours rooftops to retrieve him! Bruce is an enormous cat who sometimes isn’t completely aware that he’s a big cat, and sometimes underestimates jumps and ends up bringing a whole shelf down on top of him, ha!

Cats are renowned to be quirky. Are yours quirky or tricksie?

Neither of them are especially tricks cats, but Bruce has some wicked backflip moves he’ll pull out on occasion, and Jack will try to fit in any box that’s presented to him. Even a tissue box.

Courtesy of this global pandemic, we’ve all been under some sort of house arrest. How has Bruce helped you?

Bruce has been wonderful; always keeping us on our toes, and massively helping to break up the mundanity of lockdown with his antics. He’s always ever so sweet, playful and affectionate, and he’s very popular on my work calls, which he frequently interrupts to beg for food! He likes to sleep in front of my monitor, and to bat at my mouse sometimes, and most nights he falls asleep on my lap whilst we’re sat on the couch. Part of me isn’t looking forward to a return to normality (despite looking forward to it in almost every other aspect), because I love spending time with him.

Always, but never owned any exotic pets. When I was 4, I nicknamed a house spider that lived on our window “Leafy” (why? I couldn’t tell you), and fed it dead flies, woodlice and moths. That’s about as exotic as it got, for me! Matt (our drummer) is currently looking after a snake for a friend, and it seems like a pretty chill presence.

and why not call a spider Leafy.. It makes as much sense as Incy Wincy after all.

Have you tried to dress either of the cats up? 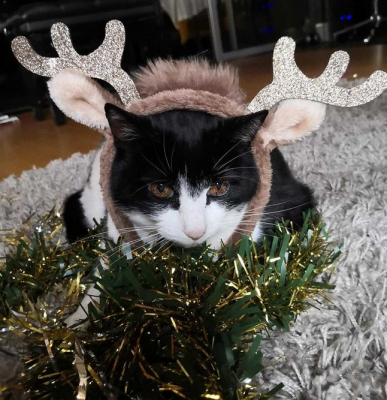 I’ve tried… but both hate it. Jack has a “Christmas collar” that comes out once a year, but he looks SO sad when you put him in it… and the same is true for Bruce. I bought him a cute little Christmas bowtie to dress him up smart over the holiday season, but he looked at me with such disdain, I couldn’t bear to keep him in it for long!

How do Jack and Bruce react when you practice at home?

Jack despises the piano, especially Bach, which was unfortunate for me as a baroque-inspired pianist growing up as when you were playing it he would jump up on the piano stool behind you and try to physically shove you off it to make you stop. My mother is also a pianist, and he now sits beside her and starts tapping her leg when she plays, adding increasing claws if she ignores him!

Bruce doesn’t seem to mind too much, he’ll happily doze off when I’m playing or when we’ve got a record on no matter the genre – but he really doesn’t like when Dan’s playing the bass guitar. He’ll just leave the room and sulk.

Do you get called upon to catsit Jack and then call on your folks to catsit Bruce when you’re away?

I’ve sometimes gone to catsit for my folks for Jack when they’re away, but that situation hasn’t actually come up for us with Bruce just yet because of the pandemic.

He doesn’t like change and really hates travel/cars, so we’re thinking we’ll likely get a catsitter when this comes up as it should be less traumatic for him.

If I’m honest, I’ve really felt the casualty of live music during this pandemic, and I’ve struggled to engage with music or the scene very much on a personal level. Every time I start to play, I just feel a real despair that nothing’s really happening for anybody at the minute.

That being said, we have continued to write music to different levels of completion during this (no due date, I’m afraid), and will come out of this fighting. Expect us to push the extremes of our music further than we have before – more intricacy, more emotion, more focused on the things we love about doing this. It’s been a bizarre, unwanted and unforgiving holiday from our craft, but we’ll be back.

Hopefully it wont be long until we learn to live with this like we do with the flu and we can then find a new normal. 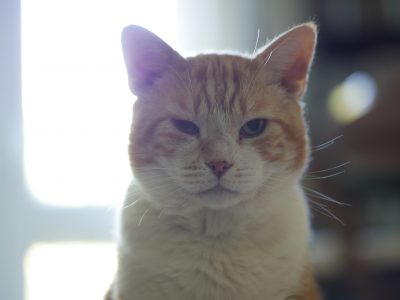 Things will get better. Cling to your loved ones, reach out to friends, live in your memories, listen to your favourite albums, remember your favourite concerts and spend time with your pets! It’s okay not to be productive in this time, it’s okay to feel angry, to feel sad, to feel the things that you need to feel during this shared, global wound. The world might not be the same the other side, but we will survive, rebuild better and be stronger for it. Our job is just to get there, and to support our communities and those we love to get there too.

Thank you for your time Vicki, it’s been a real pleasure to meet you along with Jack and Bruce. Stay safe and well and have plenty of furrie cuddles.