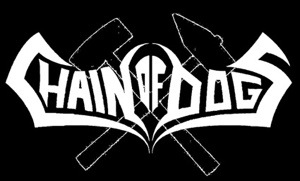 Chain of Dogs – Burning Bridges In a World of Death

15th March 2014 0 By Mark Booth
After coming back from my holiday to Malta I was informed by review distributor and co-founder Craig I had 3 albums to review! Bloody hell it feels like a full time job this reviewing, but I can’t grumble (well I actually just did). So first up is CHAIN OF DOGS…yep never heard of them either. Am sure Craig just gives me what other people don’t want to review??? Although found some gems that way though…Anyway after getting reacquainted with my old friend the internet I searched up on CHAIN OF DOGS and they hail from the Netherlands (Holland for the simpletons) and they describe the music they play as;

“If you ever wanted to find out what it would sound like if Slayer got into a fight with Flogging Molly on stage, after which they decide to patch things up with a bottle of vodka, you should listen to Chain of Dogs…something halfway between Flogging Molly and Finntroll, but with more thrash influences and a nice dose of Misfits….”

So I was quite interested in this release as I love (South of Heaven and pre releases) SLAYER, don’t mind FLOGGING MOLLY and love (Danzig era) MISFITS. Now a quick run down of this release is that it is the bands two EP’s (‘Bridgeburners‘ and ‘Deathworld‘), their original demo and a remixed and unreleased song.

So I press play and the intro is akin to DROPKICK MURPHYS/FLOGGING MOLLY which am not surprised at as they are meant to be a thrash/folk/punk band after all…the first song ‘D’r Zjwarte Hond Va Krapoel‘ carries on in the folk frame and then the drums kick in and speed everything up. It’s hard to explain really what CHAIN OF DOGS play the majority of the music is violin, flute, mandolin etc with speedy drum work and then when it twists into the more metal parts the guitars take over the riff and make things heavy and brutal in parts. The vocals on the album change from a punk folky sing-a-along to deep blackened death vocals via more shouty thrash/hardcore style. It’s all a little bizarre but interesting at the same time, like looking at a car crash! The majority of the folky parts sound more Irish & Gaelic, however on the song ‘Ich Bring D’r Dooed‘ the folk parts are more reminiscent of Eastern European folk music.

The EP “Deathworld” (tracks 1 -4) seem to split the folk and metal parts quite equally and the non folk sections are more of a mix between punk, metal and even avantgarde black metal…yeah you read that right. Also listen out for the mandolin playing ‘Breaking the Law‘ riff at towards the end of the song ‘Deathworld‘. The “Bridgeburners” EP (tracks 5-7) are more thrash metal with the folk influence lightly sprinkled to add another dimension to the music and in my opinion shows CHAIN OF DOGS at their best. The demo songs are a heavier speedy DROPKICK MURPHYS or TOSSERS, if they did the Irish music with a more metal vein than punk. Although the punk influence can still be heard on the tracks and probably more on these tracks that the others. The unreleased song is a little pointless as it’s just a folky number that lasts 50 seconds so I don’t even think diehard fans would but this release for that track.

Need a little alternative to your standard metal taste?

Want to hear something compelling yet bizarre?

Then you could do a lot worse than check CHAIN OF DOGS out, if not then it at least check it out as it makes for some great drinking music… 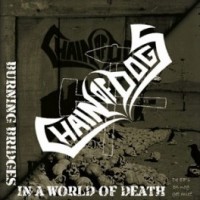