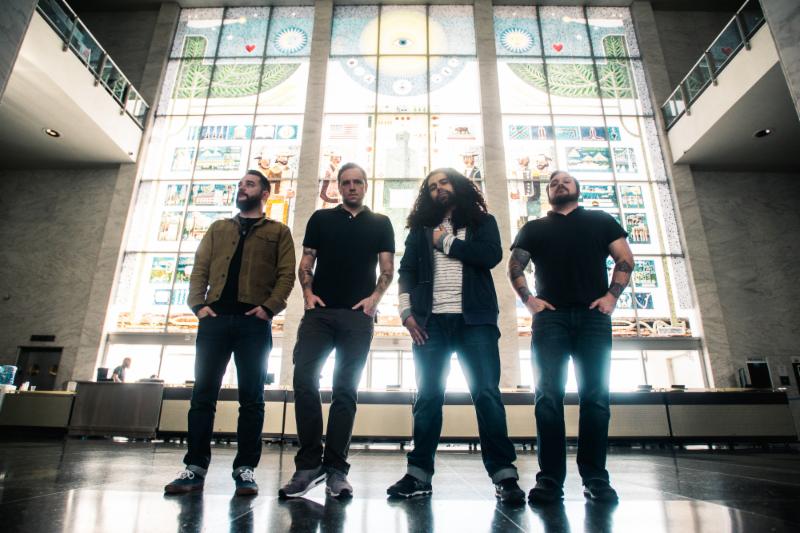 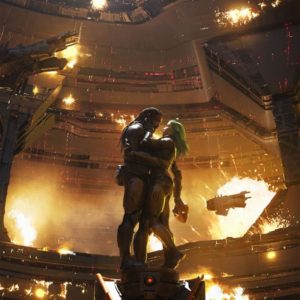 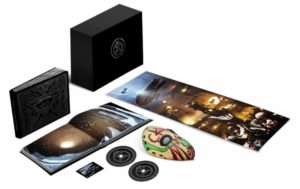 Set for release October 5th, the box set includes an exclusive eighty-plus page hardcover illustrated sci-fi novel with strikingly realistic colour imagery by Chase Stone, as well as the complete Act 1 novella written by frontman Claudio Sanchez and his wife, Chondra Echert. The set also houses a fully-wearable hard-plastic mask of the main character in The Unheavenly Creatures, a CD copy of the album, as well as the exclusive bonus album, The Crown Heights Demos, showing the songs in their original written form. Additional items include a 3-panel fold out poster of expanded album cover art, and the Unheavenly Creatures Black Card which will allow all card holders early access to tickets and early entry to Coheed and Cambria headline dates (including this summer’s tour). For more information on Vaxis – Act 1: The Unheavenly Creatures Limited Edition Deluxe Box Set, visit www.coheedandcambria.com.

Coheed and Cambria recently released The Unheavenly Creatures’ 10-minute prog manifesto, “The Dark Sentencer,” which was leaked to fans by frontman Claudio Sanchez along with the opening paragraphs from the album’s aforementioned novella. “’The Dark Sentencer’ opens with prickly guitars that build into a stadium-sized thump,” noted Rolling Stone while Revolver declared, “the soaring song with its rolling guitar riff could soundtrack the montage to any intergalactic underdog story.” Consequence of Sound hailed “The Dark Sentencer” adding, “Gang vocals and ephemeral harmonies underscore the band’s trademark shredding.”

Furthermore, Coheed and Cambria celebrated the 60th anniversary of NASA earlier this month by joining the National Symphony Orchestra as guest performers at The Kennedy Center in Washington, D.C. The event – NSO Pops: Space, The Next Frontier – featured music inspired by space—both fact and fiction—and saw Coheed and Cambria deliver a poignant performance of their song “Here To Mars” backed by the NSO Pops. The performance has quickly garnered over 700K views on The Kennedy Center’s Official Facebook.

This July Coheed and Cambria will set out on a U.S. co-headline mostly-outdoor tour with Taking Back Sunday and special guests The Story So Far. The 28-city U.S. tour runs July 6th – August 12th. Tickets for all dates are on sale now. For tickets and more information please visit www.CoheedandCambria.com.