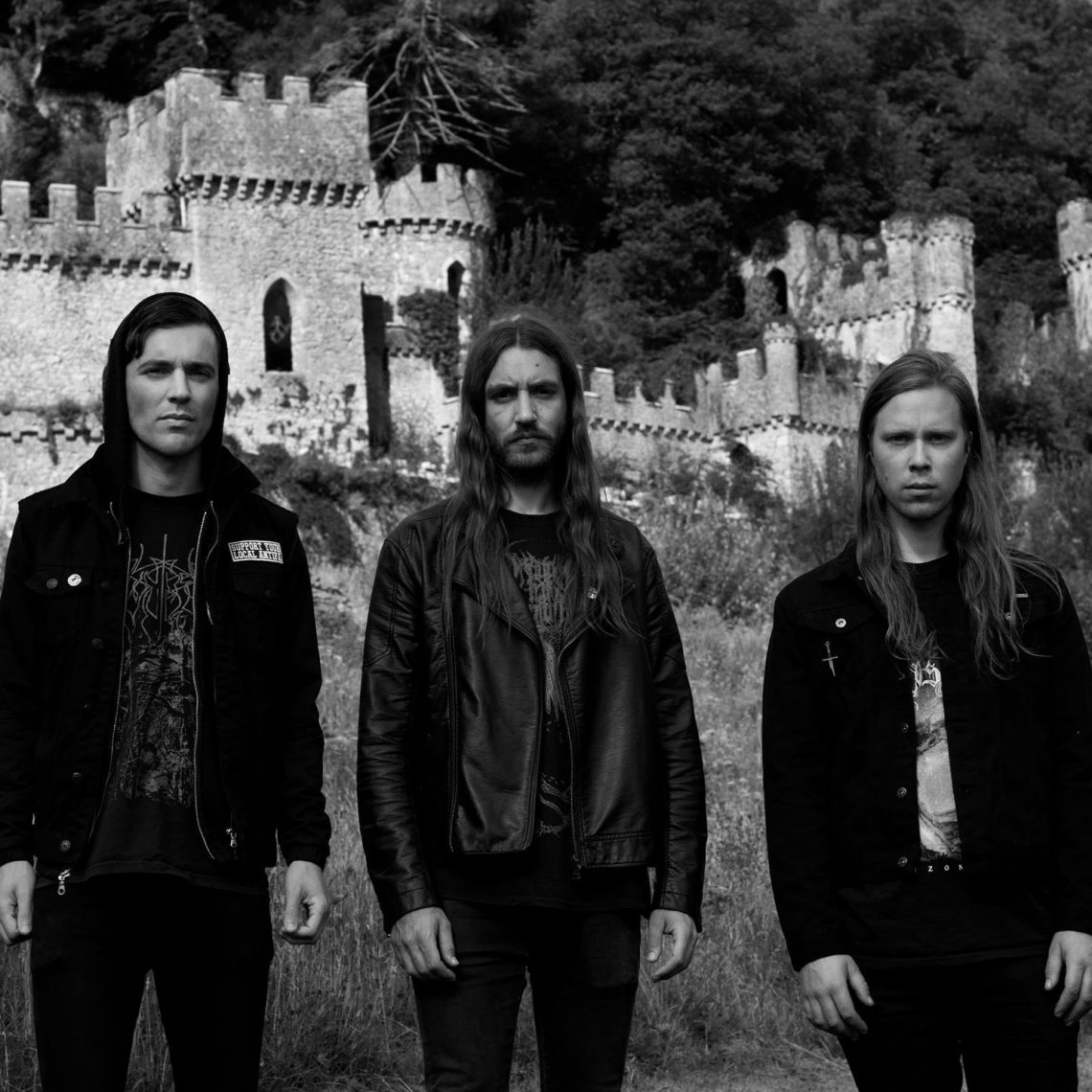 14th October 2017 0 By Michael Badcock
‘We aren’t liberals, we are anarchists’

Hailing from the north of England, Dawn Ray’d stand against the social injustice that the working classes suffer each and everyday. A refreshingly political extreme metal band that have just signed to the prosperous Prosthetic Records label, they exhibit an earnest and passionate message on their new release ‘The Unlawful Assembly’. With their strong anti-fascist stance backed up by some truly excellent songs, the three piece have truly come to the forefront of the UK’s black metal scene with this excellent release.

The Unlawful Assembly’ nails its liberal and left wing ideologies to the mast quite staunchly. What do you hope to achieve with its lyrical statements?
I don’t mean this to be pedantic, but merely for the sake of clarity; we aren’t liberals, we are anarchists, and I see that as quite an important distinction. We are explicit in our beliefs for sure, and our latest full length is more political than the previous EP. I write about these ideas for a few different reasons, firstly, these topics aren’t abstract themes or ideologies, they are the struggles that are happening around me everyday. Every day I see regular families deported from the part of the city I live in because they were born in the wrong place, I see people doing time in jail for trying to ease the suffering of animals or trying to stop nazis, it is heartbreaking to see the lives of ordinary, decent people so easily destroyed by a state that is so obviously corrupt and rotten.

I also want to give fire and hope to the people that believe the same thing, I want people to feel empowered to resist, not defeated by the enormity of the struggle. So, we sing about these things because we see them around us all the time, and we want to connect with others who feel the same.

You speak a lot about the power of autonomous action at your live shows, where do you see extreme metals place in the current political climate?
I think metal is the perfect place for this. Metal has always been anti-authoritarian, it has always hated the church, the cops and the state. For me metal can be a very insular type of music, it is people who have rejected the cultural norms presented to them and looked deeper to find more profound meaning from life, music and culture. And it has always been political, Black Sabbath sang about the way working class people were used in war by the military, Napalm Death and Brutal Truth have never lessened their political conviction, black and death metal has always existed in squats and autonomous centres (for example Blitz in Oslo, where Darkthrone used to play)… this is angry music, by people who know something is wrong.

A lot of bands sing about anger in a more general way, but this is music for people who are not satisfied with the status quo, who know life could be better, more imaginative. Metal is a huge international community, there are people in metal bands in every country in the world, in countries where it is illegal, so I see it as a place to express your anger at the world, to feel a part of a community bigger than yourself and to try and make it better.
That said, there is a very small, very ugly vein of far right activity in this music, something that cheapens and discredits metal in my opinion, and we need to take responsibility for that in our scene and make sure no one who is well intentioned is made to feel threatened or unwelcome.

How does it feel to have recently signed to Prosthetic Records, a label that boasts great UK bands like Venom Prison and Abhorrent Decimation in its roster?
Yeah it is a big step for us, and a great honour. It is still sinking in I think, it is taking me while to process how big of deal it is, it is a very impressive label, with some very impressive people working behind the scenes. It really feels like there is a huge upsurge in extreme music at the moment and we are hoping to be a part of that and to contribute to it in our own way. We are excited to work with them over the coming years.

The record has a clear English folk element throughout it, how did that become such a defining trait in the bands identity and will we see an expansion of it in future releases?
We listen to a lot of folk music, and myself and Fabian grew up playing traditional folk music, so it is something that comes quite easy to us. I think Black Metal is a genre that lends itself well to folk traditions and slightly more odd elements. I view BM and folk music in quite similar ways, it is working class music that focuses on imagination and the landscape it comes from, so it makes sense for me.
We also like a lot of neo-folk, so that had a huge influence on the writing of those songs. Also, this is protest music, and folk music has always been one of the biggest forms of protest music. Those two songs on the record felt like an opportunity to say similar things but in a different way.

It is something we would like to expand on for sure, I’d like to do maybe a short release of just those elements, but we will see what we end up writing.

What other black metal and extreme metal bands have helped to influence your sound?
A quick list would be: Venom, Bathory, Ulver, Urfaust, Summoning, Cult Of Fire, Rotting Christ, Nechochwen, Blut Aus Nord, Weakling, Blood Incantation, Phrenelith, Havakruunu, and some folk like Sangre De Muerdago, Rome and Lankum.
Certain bands in the black metal stratosphere have been involved in what society would largely deem as abhorrent acts. Church burnings, neo-nazism and rampant homophobia have often been associated with some of its leading artists.

What are your views on the separation of the ideals and the musical content of these artists and the fascination by our community over the acts committed by them?
This is a tough one for sure. I have a friend who isn’t white and went to see a prominent extreme metal band, and the frontman from that band was super racist to her, and it put her off going to shows for about 2 years, and it was only when she helped out doing a show for Venom Prison in Liverpool that she said she felt ready to get back into it again.

These things seem like abstract harmless ideas online, but actually have real life consequences, members of (band has not been named for legal purposes) have been in metal bands, and they try and make life hard for the most vulnerable people in society, the easy targets. In my opinion, if you are a nazi then you are a piece of shit, I don’t care what music you like, what job you do, who you are, they are all cowardly pieces of shit.

We actually have a song about burning down churches, to do it as a way to show the victims of all the horrible abuse the church has committed that we want to see it stop and them to pay for the crimes they have committed against women and children for generations. So I never shed a tear when I hear a church has burnt down.

Incidentally, the catholic church supported Hitler, Mussolini and Franco, it has always sided with fascism, so any nazis that are into church burnings are pretty confused I think!

Obviously this type of music is focused on the darker sides of life, but you also have remember that these are real ideas in the real world, that have real consequences. If you glorify a serial killer and the victims family come knocking at your door, don’t be surprised! If you get shit for being a racist or a homophobe, that’s the consequences of an action you chose to take.

If you could change one thing in rock/metal what would you change?
I think any scene is a microcosm of society, so there are lots of things in life I would like to see changed. I guess I would like to see an end to the tolerance of racists. I speak to people about this at shows all the time, and the feeling I get is that everyone is tired of that bullshit, it is like a shameful thing from the history of this music that we can now lay to rest. Metal is for everyone, it is a place to be yourself and no one can judge you, it is a place for beauty, art and expression, to vent anger and frustration at the world, to lose yourself in fantasy and imagination, and it should be welcoming of anyone who wants to be involved!

For tour dates, albums and merch you can catch Dawn Ray’d here