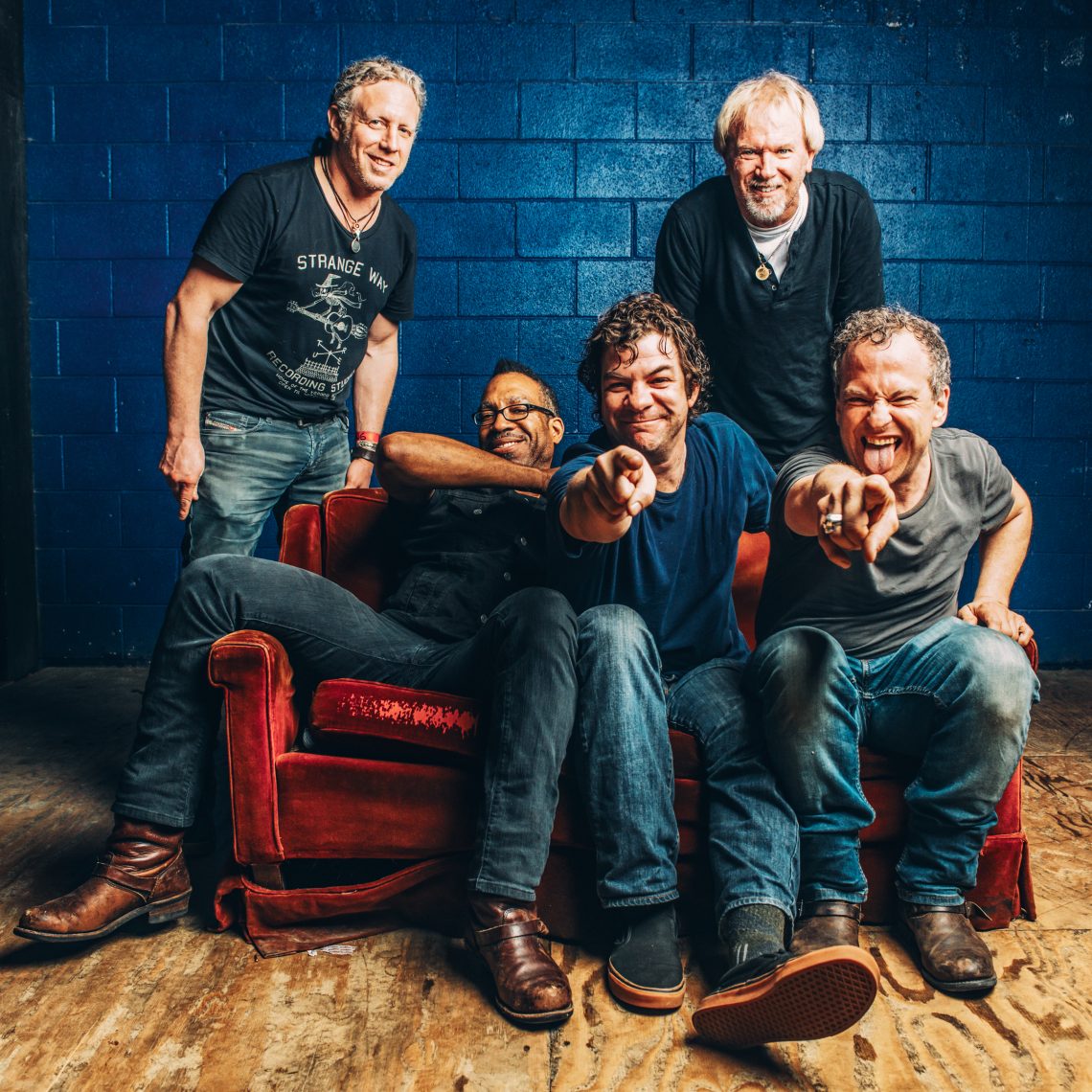 Dean Ween (aka The Deaner) is set to release his second solo album ‘Rock2’ via Schnitzel Records on April 27th 2018.

The album will come out on three separate formats; limited edition 180 gram colored vinyl with gatefold sleeve, specially colored CD in digi-pac format and via digital retailers and streaming services. The album was recorded at his dedicated studio facility in Lambertville, NJ.

Here’s how the Deaner describes the genesis of this new body of work:
“A lot has changed since I released my first ‘solo album’ a couple of years ago. Since 1984, I dedicated my life to recording in all of my free time. Later on, after living with Aaron for a few years, I moved into an apartment with my girlfriend (who is now my wife; Hi baby!) She would get up at 5:30 am to go to work teaching and I would record all day while she was gone. When she came home I would stop. When she went to sleep I’d go over to Aaron’s place at Brookridge Farms and record all night with him, or Guy Heller, or Billy Fowler.”

“30 years later and I’ve found myself back at that same place, at a different address, with the best equipment money can buy. See, that’s the thing about being a musician (I dare not call myself an artist, although technically I guess I am). Anyway, success affords you better tools for your trade—money buys you time as well. There are no excuses when you have shit like Neve consoles and Neumann microphones, that shit is there to be used.

For 4 years now I have been in my studio recording all day and all night, every day and every night when I’m not on tour. A song-a-day sounds far-fetched I know… we usually average at least 2 per day. Sorting through all of this has become a task unto itself, I still haven’t caught up or begun to catalog everything I’ve done since 1984 so there is a log jam in the filing and archiving process.

This album is a snapshot of the fall of 2016——there have been a lot of tunes recorded before then and even more since then, but this is my second official solo album. These were written for this sole purpose and recorded with the entire lineup: the best band in the world, Ween — Claude Coleman Jr., Dave Dreiwitz, and Glenn McClelland, also the other best band in the world, the lineup of the DWG — Mike Dillon, Bill Fowler, Ray Kubian, Scott Rednor, and the other 50 members and usual suspects.

I’m pretty proud of this one; it represents the first time that I was able to take what we do onstage and put it on a record. 2017 is a strange time to be a musician, live music is really your main outlet for making a living. I never thought at this stage of my career that I would be putting in this much time on the road and in the studio, but I am, and I’m enjoying it more than I ever have. The only difference now is that my wife tells people who I “work nights” and even with all of that time I put in recording while she was at work or asleep, it’s nothing compared to the amount of time I spend now, and the music is way better for it.

Take a peek into a couple of months of that groove with this album, Rock2. Every little thing I’ve ever learned is somewhere on here, somewhere. Maybe you can find a little piece of it that means as much to you as it does to me. There are many more albums like this one sitting on magnetic recording tape at my studio, but this is a glimpse of a couple of months of writing and demo-ing, and about 2 weeks of tracking with the band.”

2016 saw the release of The Deaner Album the Dean Ween Group’s debut album.   The album was recorded in several locations but finished it at his dedicated studio facility in Lambertville. The Dean Ween Group formed about four years ago as a way for The Deaner to get back into live performance.

The Deaner has contributed to numerous projects helmed by his close friend Josh Homme including albums by Queens Of The Stone Age, Mark Lanegan and The Desert Sessions as well as working with Yoko Ono, Ben Vaughn and many others.

He also hosts the weekly “Invitational Jam” at the venue John & Peters in New Hope. Musicians who sign up for this perform with the house band which often consists The Deaner, the instrumental backbone of Ween, Mike Hampton (Parliament-Funkadelic), Vincent Martell of Vanilla Fudge, and many others. Players fly in from all over the country to get in on the action. He also holds a captain’s license and run his own charter fishing company out of Belmar, New Jersey.

For more than 30 years, Dean Ween has been best known as the guitar-slinging partner of Gene Ween in the international cult band Ween.  Dean and Gene formed Ween as middle-school students in 1984 and released nine studio albums (five on Elektra Records) and six live albums before going on hiatus in 2012.  The group reunited in 2016 and have been regularly performing live since.

Someone Greased The Fatman

This Heart of Palm

Pussy on My Pillow