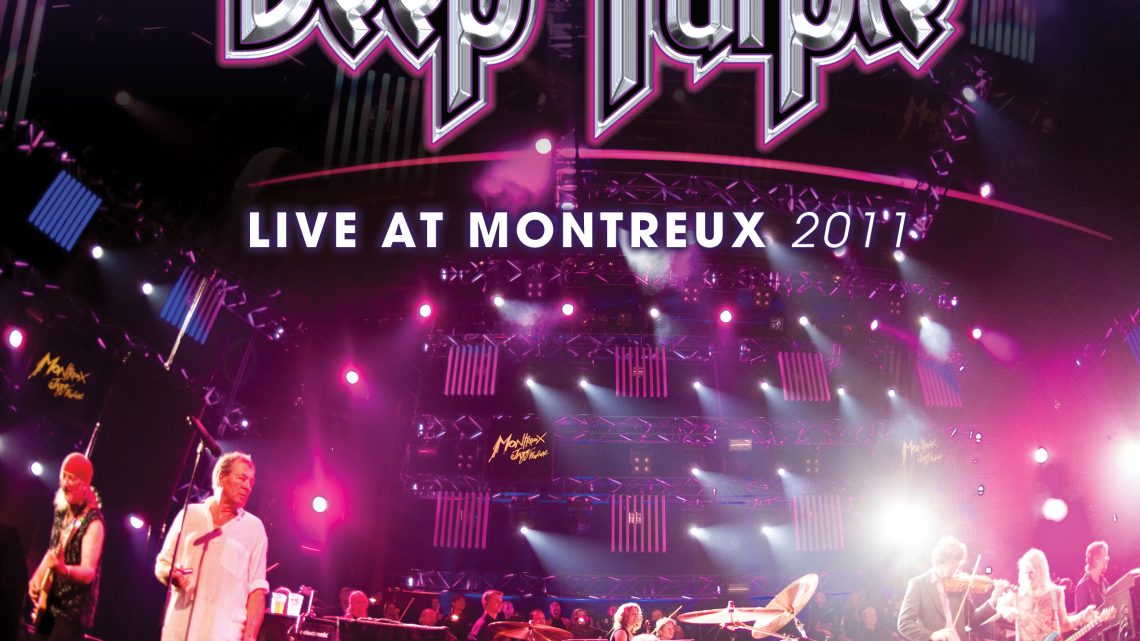 Deep Purple performed on the closing night of Switzerland’s prestigious Montreux Jazz Festival on July 16, 2011, re-imagining their classic catalogue with the help of a symphony orchestra. A treasured memory for fans in attendance, this special show is now available for Deep Purple fans around the world, when Mercury Studios re-issues Deep Purple Live At Montreux 2011, which will be available for the first time on DVD+2CD set, on July 16, 2021.

The show has been preserved via high definition for the DVD release, with the CDs featuring superb DTS Surround Sound, Dolby Digital 5.1 and Dolby Digital Stereo audio. Included on the DVD is a bonus in-depth band interview.

Deep Purple classics including ‘Highway Star’, ‘Strange Kind of Woman’, ‘Lazy’, ‘Perfect Strangers’, ‘Hush’, ‘Woman From Tokyo’, ‘Black Night’, ‘Smoke On The Water’, and 11 other gems are performed with the dramatic flourish of the orchestra behind them, inspiring the band to new heights. Ian Gillan (vocals), Ian Paice (drums), Roger Glover (bass), Steve Morse (guitar) and Don Airey (keyboards) are noticeably delighted with the results, as directed by Stephen “BK” Bentley-Klein.

This 115-minute concert is representative of the kind of shows that Deep Purple is known for. It’s what their fans have come to expect. The orchestral tour proved the band capable of transcending genre limitations to create unforgettable, theatrically presented events. Deep Purple fans globally will be thrilled by this extraordinary pairing of symphonic textures and the classic hard-rock.