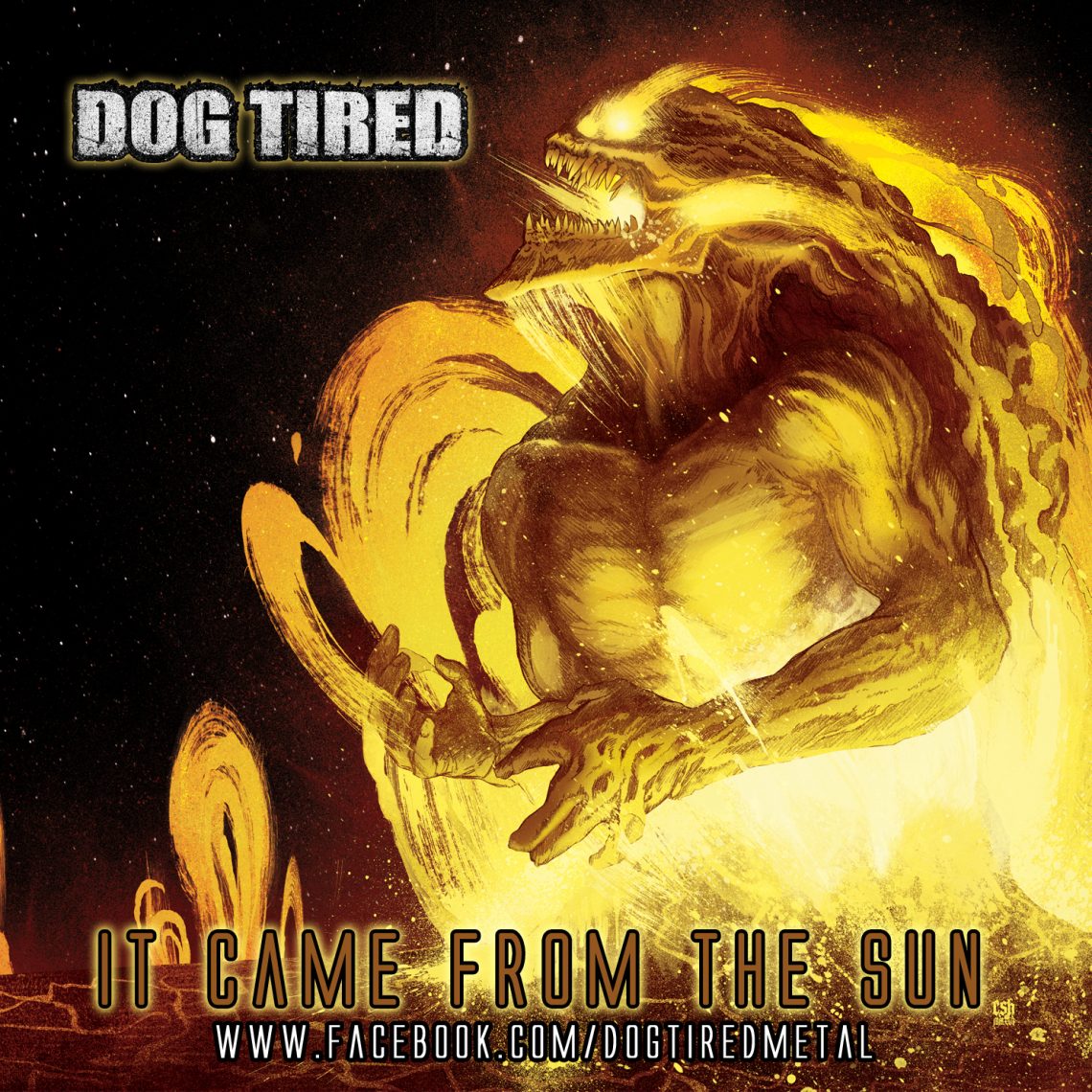 A couple of years ago I reviewed Dog Tired‘s  previous album, ‘Titan‘, giving it 9 out 10 and saying “… these guys sure as hell can play, and they’ve created one hell of an album…”

Since then, these guys have gone from strength to strength, playing blinding sets at a number of gigs and festivals – including my personal favourite, Wildfire.  Live, Dog Tired always give it their all, and the new material they played live sounded amazing… so when vocalist, Chris Thomson, got in touch to ask if I’d like to review their new album I almost bit his arm off!

Opening track ‘Reliquus‘ is a haunting and brooding piece that grows slowly… before exploding into the full-force brutality of ‘Storm Of Hammers‘ – a hard hitting metal attack that goes straight for the jugular.  It’s immediately obvious that Dog Tired have delivered the goods again, and if anything have actually upped their game even further.

‘Deverium‘ is a slower, heavier track, but the underlying groove metal sound is still there, and the riffs are awesome.  Title track, ‘It Came From The Sun‘ is simply breathtaking – it’s heavy as fuck, with chugging guitars, pounding drums, an amazing bassline, and raw guttural vocals to die for.  Check it out and see exactly what I mean –

‘Maruta‘ speeds things up, and moves the album into thrash / hardcore territory, while retaining the overall sound and vibe of the album.  This track was made for the mosh pit and is one that will be an absolute killer live!  As a massive fan of John Carpenter’s ‘The Thing‘, I was delighted to see a track called ‘Outpost 31‘ – and I wasn’t disappointed, as the subject matter is the film… and it’s a belter of a track, with catchy riffs and a relentless pace.

Both ‘Postal‘ and ‘Sol Invictus‘ nicely combine thrash and groove metal elements, with the end results sounding fresh and original.  Dog Tired have clearly continued to develop and mature as a band, and the music they have created is deeper and more complex as a result.

Final track ‘Spire Of Dissonance‘ is an epic number that slowly grows and gathers speed as it progresses, and even introduces some subtle almost-prog-metal elements to the mix.  It’s the perfect end to the album, and again demonstrates what talented musicians these guys are.

This is an incredible album from a band who are clearly going to go places.  I’ve had this album on repeat play from the first time I heard it – if you’re a fan of groove metal, thrash metal or good old fashioned heavy metal then you need to buy yourself a copy of this album! 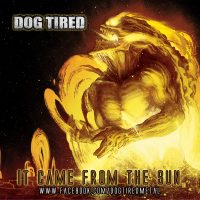 CategoryCD Reviews
TagsDog Tired It Came From The Sun Review