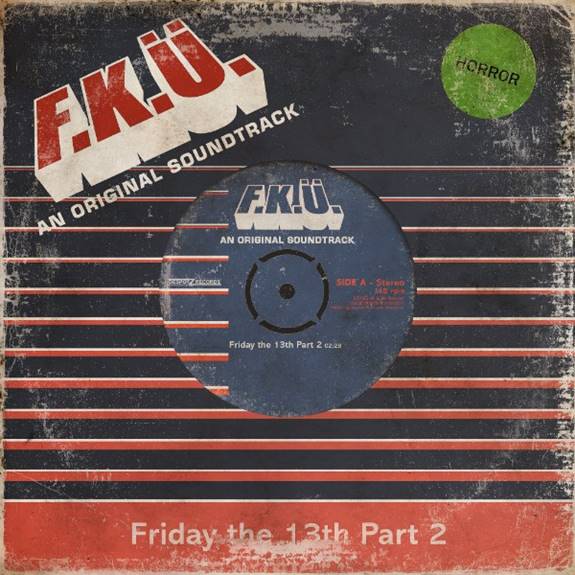 ”One of our favourite days of the year is here, Friday the 13th and what better way to celebrate it than to release the second single from our upcoming album 1981! We give you, the aptly titled Friday the 13th Part 2. Twice the terror, twice the thrash!”
// F.K.Ü.

Inspired by 80’s thrash and horror movies and of course, old issues of Metal Forces and cheap beer, the mighty horror metal moshing machine F.K.Ü. are gearing up to the release of their gruesome new album called “1981”.

The second single, “Friday the 13th Part 2”, will be released together with a horrifying lyric video through Despotz Records October 13th.

The idea with the album, inspired by Corpse Mania, Night School as well as the timeless classics Halloween II and Friday the 13th Part 2 is to take the listener back to the old days. Back when you and your friends went to the local video store to rent video cassettes and weren’t able to download your movies from the internet.

Inspired by 80’s thrash and horror movies and of course, old issues of Metal Forces and cheap beer, the mighty horror metal moshing machine F.K.Ü. are working on a new album called “1981”. The band decided to pay a special tribute to the year 1981, also known as the ultimate year of the slasher movie genre. In other words, the year that delivered a great deal of slashers that is considered the genres best, even today.

Four young men started F.K.Ü. back in 1987 to pay tribute to their two main interests; horror movies from the 1980´s and thrash metal. But after just a handful of rehearsals, the band fell into a hiatus.

Ten years later, in 1997 a decision was made to give it another try and bring the monster back to life. The overwhelming response of the 20-song demo “Beware of the Evil Underwear” that was recorded in 1998, resulted in the album “Metal Moshing Mad”. This 22-track mosher showed the world that it is possible to have a good, friendly, but still violent time in the mosh pit. Classics like “Maniac”, “Halloween”, “Friday the 13th”, “Hellraiser” and “The Texas Chainsaw Massacre” was covered on this epic horror themed album.

In 2004, the world was in desperate need for another dose of some patented Horror Thrash Metal signed F.K.Ü. and the album “Sometimes They Come Back… To Mosh” was released. The inspiration was once again from the thrash and horror movies of the 1980´s. Movies covered on this album are “Christine”, “Shockwaves”, “C.H.U.D”, “Maniac Cop”, “Motel Hell” and “The Fog”.

After a bunch of awesome shows, including a short but sweet west coast US tour, F.K.Ü. went back into the studio to make album number three. Come the summer of 2009 and the release of “Where Moshers Dwell”. An album filled with prime neck breaking, horror-inspired, sing-along thrash madness. Movies covered on the album are “Dead and Buried”, “The Return of The Living Dead”, “Creepshow”, “The Toolbox Murders”, “The Town That Dreaded Sundown”, and “The Exorcist”.

In 2010 and 2011 F.K.Ü. toured Sweden extensively and played at all major Swedish festivals such as Sweden Rock Festival, Metaltown, Getaway Rock Festival and House of Metal, to name a few. In 2013 the band returned with another blistering slab of their patented horror metal. The fourth album titled “4: Rise of the Mosh Mongers” released by Napalm Records sees F.K.Ü. fire on all 4 cylinders. Produced and mixed by the bands singer Larry Lethal, the album contains 17 tracks of pure thrashing bliss. Movies covered on the album are “Event Horizon”, “The Amityville Horror”, “Madman”, “Terror Train”, “Near Dark”, “The Boogey Man” and “Videodrome”. 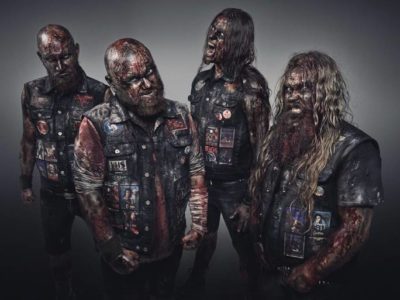