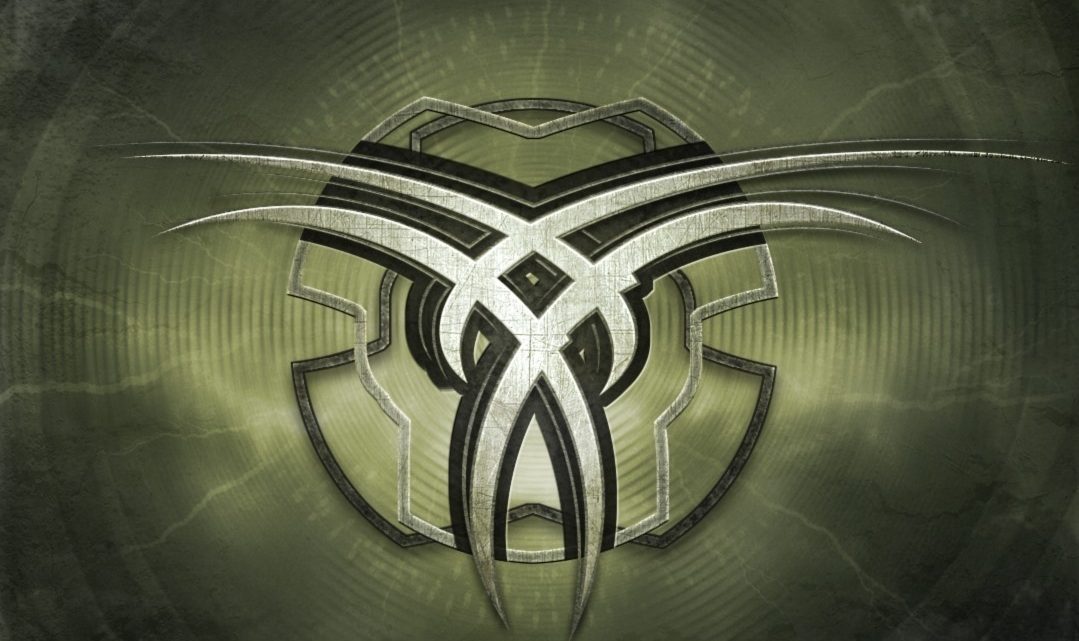 Nuclear Winter is the brainchild of Zimbabwean musician Gary Stautmeister. Nuclear Winter pride themselves on hailing a new generation of melodic industrial Death Metal to hit a listeners ears. We managed to catch up with Gary for a chat about his pooches.

Thanks for taking the time out of your schedule during lockdown 3.0 we understand you’re busy with the up and coming release of new music. But we’re here for your dogs. Tell us all about them! 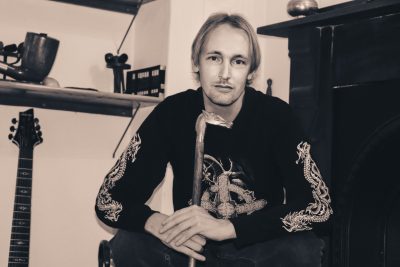 I’ve got 2 dogs (Jack Russels) Kimba and Scampy. I’ve had both of them for around 14 years. Both very different characters.

Kimba – is more intelligent and inquisitive whereas Scampy is very moody and boisterous.

In the only fight they’ve ever had,  I stupidly tried to pull Scampy away and he bit the end of my index finger nearly right off. I went for surgery and luckily it healed quite well – but it took about 6 months before I could play guitar again.

Ouch, that would definitely be a sore one.

What is the weirdest thing your pet has done?

Nothing comes to mind of anything weird they’ve done. Maybe just Kimba who races around after a bath and runs into doors because she can’t stop in time.

Now that would be an amusing video to see.  What about Scampy?

After finishing leftover milk from my cereal, Scampy will take the bowl to the kitchen.

Now, that really is the definition of house trained. That’s pretty impressive for a moody dog.

This past year has been pretty crap due to the current pandemic. Have Scampy and Kimba been helpful with coping or have they been driving you mad?

A bit of both. They are very dependant and can’t sit for 2 mins on their own so they are good company but very frustrating having them right under foot the whole time. 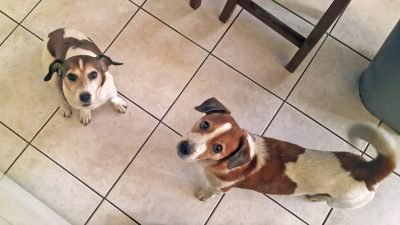 Have you always been an animal lover and owned anything exotic?

Very much an animal lover and I’ve had various different pets over the years. I’ve kept snakes, and various rodents i.e. hamsters, guinea pigs, rats.. I love rats – they were my favourite.

They tame down much better than other rodents and become very friendly.

A couple of us in the office have kept rats. They’re hilarious when you have a couple in  a cage and they start having a tug o war with a brick of Weetabix. They’re a great pet to have and a lot less bitey than a Gerbil or Hamster.  It seems to be their tails that put people off. But they’re lovely and misunderstood.

Have you dressed up Scampy or Kimba?

No, and even with winter jackets, Kimba thinks she’s being punished and Scampy has his Jekyll/Hyde moment and I don’t need another bite.

Who do you have to look after Kimba and Scampy while you’re away?

I’ve had friends look after them when I’ve been away and it all worked out ok. 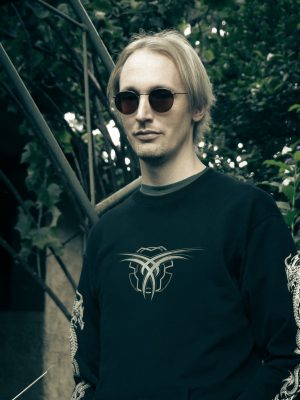 Do they howl when you start to practice so you’ve had to change what you record?

Nope they just lie there by my chair while I’m recording, but I can’t say they’ve had any influence on what I record.

A friend brought over a didgeridoo though and they were very unsure about that sound.

Let’s be honest, most people are unsure about the sound of a didgeridoo as well. A bit like bagpipes.

You have some new music in the works. What’s going on?

Yes I’ve got a new album called Greystone coming out end of May so please look out for that.

To me it’s a more refined version of what my last EP (Stormscapes) was.

Stormscapes was an immense and immersive experience so we’re really excited for Greystone!

Just I’m always thankful to those who follow and support what I do.

Gary, Kimba and Scampy it’s been a pleasure to meet you all. Stay safe and love each other the best you can.

For all things Nuclear Winter, click HERE and check them out on Bandcamp, HERE