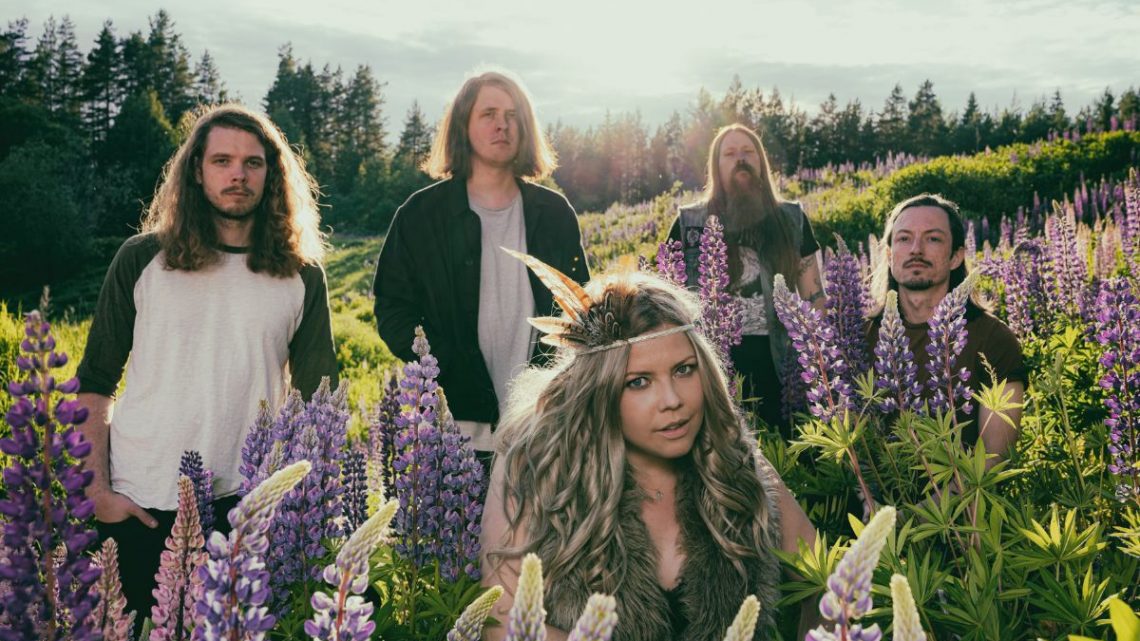 With surreal lyrics, an energetic, very unique singer, and an addictive sound that combines progressive stoner rock with doom, folk and psychedelic rock influences, GAUPA released their self-titled debut EP in June 2018 and have since made a name for themselves in the international underground rock scene. The GAUPA EP was well received and led to the band playing one of their first live performances at Scandinavia’s biggest rock festival, Sweden Rock. GAUPA then got a chance to release the EP on vinyl via German label Kozmik Artifactz in October 2019 and went on to play a good number of shows and festivals. Critics were impressed not only by the studio recordings and their diverse and complex arrangements, but also by the level of intensity the band displayed live.

In April 2020 GAUPA, which means “lynx” in Swedish, released their first full length album Feberdröm, gaining even more attention from both the underground scene as well as Nuclear Blast Records, who will release their next album in 2022.

Jens Prüter, Head Of A&R at Nuclear Blast Records Europe comments:
“While most newcomer bands struggled during the Corona pandemic, GAUPA managed to grow in quality. Their unique sound hasn’t remained unnoticed and word of mouth spread fast. Once we had seen their live stream show and had some video conferences, we knew they would sit well in an artist roster that contains the likes of Graveyard, Opeth, Earthless and Meshuggah who appear to be some of their favourite bands, even if GAUPA isn’t very metal at all. But it’s that attitude to tear down boundaries between genres – just for the sake of art. We are proud to welcome them in good company.”

GAUPA‘s vocalist Emma Näslund adds:
“We’re all still nurturing dreams of working more with our music and playing larger shows. One could argue that it would be time to shake those dreams and grow up. We don’t. If you’re doing something you love, keep going! We are beyond humbled to find ourselves among the giants and we’re very happy to announce our signing with Nuclear Blast!“

Listen to GAUPA‘s new single, a live version of the track ‘Mjölksyra’, taken from their most recent full-length Feberdröm:
https://bfan.link/Gaupa-Mjölksyra.ema
Watch the impressively surreal official music video for the album version of the song ‘Mjölksyra’: