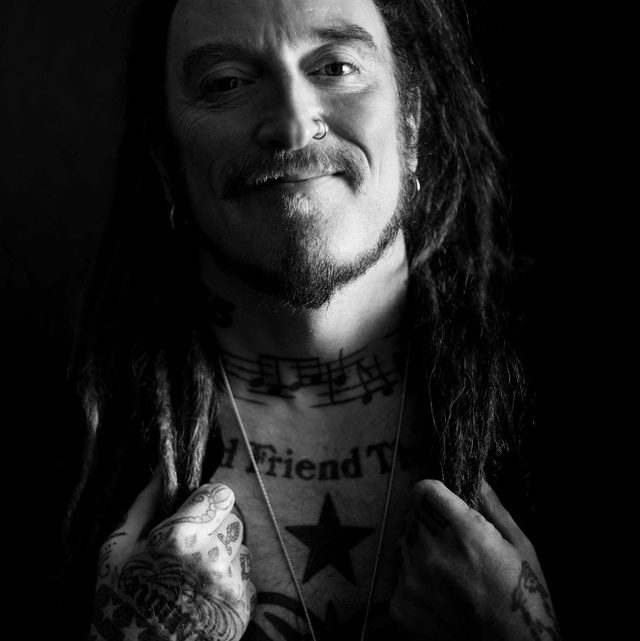 4th August 2022 0 By John Deaux
Ginger Wildheart proudly announces he is recording a new solo album, and he wants you to join him on the journey!
Ginger is arguably the UK’s most prolific song-writer and rather than just write, record and produce this album behind closed doors, Ginger wants to share with you the whole process from start to finish.
Go to https://gingerwildheart.net/ for more details
Through a series of video updates, live Q&A’s via Zoom and exclusive digital content, you will be taken through the making of the album through Ginger’s eyes and ears as the project progresses.
Sign up now to receive all of the exclusive digital content, and access to live Q&A sessions where you will be able to ask questions about the album, the album making process, or anything else on your mind.
Here is section from a song called ‘Becoming Heironymus Bosch’, from the up-coming album It Came From The North, due out early 2023:

When you pre-order the album from Ginger Wildheart – New Solo Album Campaign! you will receive the digital files of over 20 songs, in visual form, in Sept/Oct 2022. Many months before the commercial release.

Your membership will include a copy of the album once it is ready to release, in digital, CD or vinyl format (physical orders will also receive a digital version of the album when it is released).
ETA for the digital release is September 2022, and manufacturing of the physical formats will start shortly after that.
In an industry first, Friendly Strangers, has been set up and is a benevolent fund available for those who are in times of financial hardship and cannot afford to preorder the new album.
“The passion and the kindness of Ginger’s supporters is the stuff of legend and aside from the generosity that was shown right off the bat, I was especially struck by how the people writing in will share the difficulties they’re having, completely unprompted – I’ve read some truly heartbreaking stories in the last week.
So how does Friendly Strangers work? Well, you can donate, by sending however much you can spare to friendlystrangers555@gmail.com.
If you’re struggling financially and would benefit from our help, write an email to that same address. You’ll hear from me personally and I will get you subscribed for the new album campaign.” Ian Sparke (co-founder and person in charge)
Along with the new album, there will be a sibling album written and produced to accompany it – you can add this to your pre-order at the same time, as well as an exclusive new T-shirt design to listen to it all in!
Following his sold out UK tour in April with Jon Poole, Ginger and Jon have just confirmed they will be playing more shows in August, with Carol Hodge
August tour dates in full
Tue 23rd, Hastings, The Crypt
tickets here: https://dice.fm/event/mew8l-ginger-wildheart-jon-poole-23rd-aug-the-crypt-hastings-hastings-tickets?dice_source=ee15ecdb&eventref=fb_oea&fbclid=IwAR1f_Mt_6r4DXDo1kS14hDqJBMSXRn4O-x3XkBQgEI4hHSR9ujuAjAt9YRQ
Wed 24th Birmingham, Asylum
tickets here: https://www.ticketmaster.co.uk/ginger-wildheart-asylum-birmingham-tickets/venueartist/413366/1726550
Thu 25th Wigan, Old Courts
tickets here: https://www.theoldcourts.com/shows/ginger-wildheart-acoustic-set-feat-jon-poole-carol-hodge/
Fri 26th York, The Fulford Arms
tickets here : https://www.ticketweb.uk/event/ginger-wildheart-the-fulford-arms-tickets/12317205
https://www.gingerwildheart.net/
https://round-records.com/