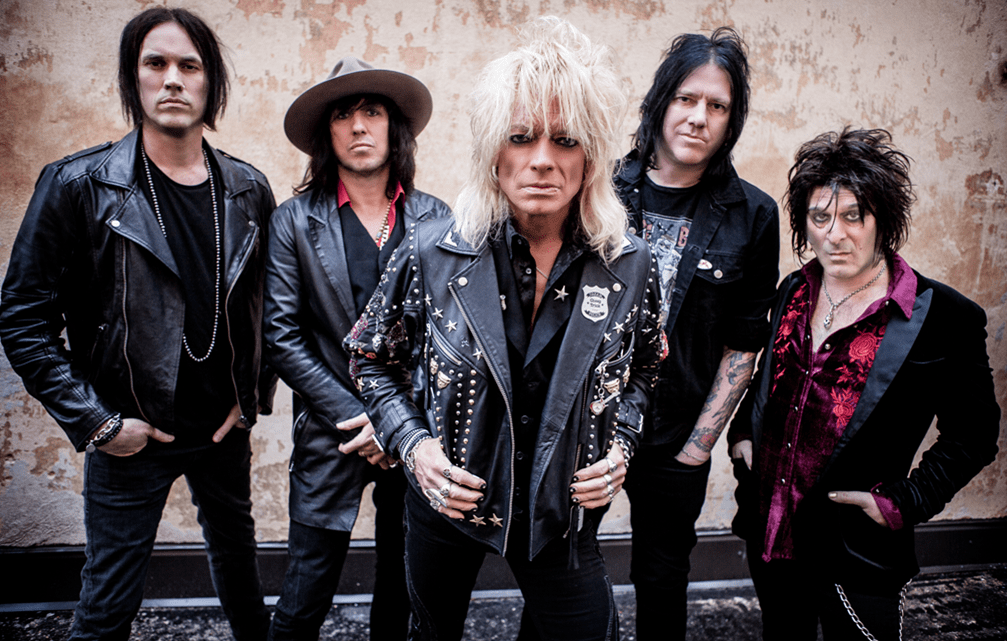 Call of the Wild Festival finalise their line-up announcing the addition of an incandescent star best described as the new Godfather of Rock ‘n’ Roll: the one & only Michael Monroe!

Rising to fame in the late-80s glam rock explosion as the lead singer of cult glam punk outfit Hanoi Rocks — cited as one of the most influential bands upon Guns N’ Roses among many others – Michael Monroe has fronted supergroups Jerusalem Slim and Demolition 23. Arguably, however, his greatest achievement may be his 11th solo studio album ‘One Man Gang’ with his band, which also features the talents of Sami Yaffa (Hanoi Rocks, Jetboy, NY Dolls), Rich Jones (Ginger Wildheart band), Steve Conte (NY Dolls) & Karl Rockfist (Danzig).

“Life doesn’t get much better than when you confirm Michael Monroe to headline the Festival you’ve spent a life dreaming about building,” says Festival Director Raz White with glee, “I became a huge Hanoi Rocks fan back when I was 14 and started to cross over from punk to rock bands. The image, energy and songs just resonated with me. In my humble opinion, easily the greatest frontman to strut the stage. So, this is a huge honour for me and the whole team. We can guarantee this show will be absolutely spectacular!”

Michael himself is keen to play the festival and has this message for his fans and the other festivalgoers: “Can’t wait to see you all at Call of the Wild and play this great, upcoming festival.”

Further updates on the line-up for 2020: 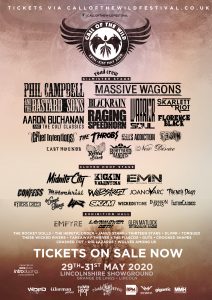 With Aaron Buchanan emigrating to Australia next year, it will sadly not be possible for him to play at Call of the Wild Festival. However, we are incredibly happy to announce that Los Angeles-based hard rockers Dead Girls Academy will now be direct support to Massive Wagons on Friday. The band was put together by Michael Orlando (frontman of heavy metal band Vampires Everywhere!), who recruited Ronnie Radke (Falling in Reverse) & Elvis Baskette (Slash, Sevendust). Dead Girls Academy have toured with Falling in Reverse, Motionless in White & Isssues.

After its triumphant debut last year and success this year, Call of the Wild Festival have been not just nominated but shortlisted at the UK Festival Awards 2019 for the BEST NEW FESTIVAL of 2019.

“We are absolutely elated to have been shortlisted for ‘Best New Festival’ at this year’s UK Festival Awards,” says Lee Byrne Director/Production Manager, “ This is just the start of what will be a long journey for Call of The Wild Festival, and we would like to thank everyone who has supported the event since its inception. Looks like we’ve done something right!”

Motörhead Beer agree and are a main sponsor of Call of the Wild Festival – fitting as their Road Crew Beer will be served at the event; as the festival features the special Kilmister Stage honouring Lemmy; and as Lemmy’s long-standing oppo Phil Campbell will headline Sunday night with Phil Campbell and the Bastard Sons.

Call of the Wild’s second cycle takes place between 29th-31st May 2020 at the Lincolnshire Showground, Grange-de-Lings, Lincoln LN2 2NA.

Check out the website for further details and updates, and book soon to avoid disappointment!

Sodom – Out Of The Front-line Trench – Mini Album/E.P