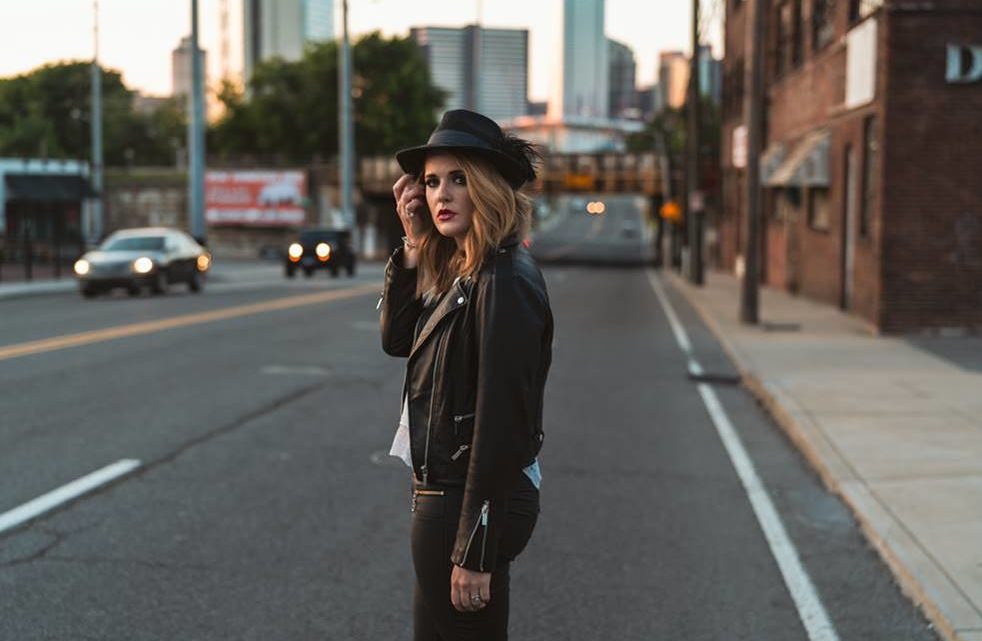 It’s been a hell of a busy year for the super-smoky-voiced, hard-working and far-touring chanteuse. On 8th March, she released her eagerly-anticipated second album ‘Road I Call Home’ to rave reviews, with the album charting in the UK Country Charts at number 13, in the UK Americana Charts at number 24 and reaching number 1 on the Amazon Blues Bestseller chart. Meanwhile, her track ‘Medicine Man’ has just been added to the Spotify Country Rocks playlist!

What’s more – as a self-confessed ‘rolling stone’ – Elles genuinely does call ‘the road’ home. She’s continued her wide-ranging touring and has just finished a successful solo tour with Grammy Award Winner Mike Farris. Later this year, she will be a special guest of Martin Harley and will also support The Kris Barras Band

Elles has also been venturing far and wide her own headline tours of the UK and Europe. 2018/19 has also seen Elles Bailey move up the festival listings becoming a featured artist at key festivals throughout the UK and Europe including Black Deer, Swing Wesplaar, Ramblin’ Man Fair, & The Great British R&B Festival.

Wowed by Elles’ recent performance on the Blues Stage at Ramblin’ Man, for instance, uDiscovermusic wrote “Loaded with organ-drenched soulful blues that belied her Bristol roots, Elles Bailey’s performance made a decent case for the River Avon as the UK’s answer to the Delta. She’s only two albums in, but her husky voice carried a lifetime’s worth of experience the likes of which she’s clearly putting into her third record. Teasing the forthcoming release with a defiant anthem-in-the-making, ‘Woman Like Me’, Bailey proved that, among the current crop of young blues artists, there really is no one quite like her.”

Elles has also been invited to the House Of Songs songwriting summit  in Arkansas USA, and then she will also be showcasing at the Americana Fest in Nashville in September.

Of her latest single, Elles says, “I think ‘Deeper’ is my favourite track on ‘Road I Call Home’. It was written with the superstar duo Dan Demay and Daryll Burgess (who co-wrote ‘Same Flame’ with me on ‘Wildfire’).

“I’ve written a lot with Dan and Daryl,” she adds, “and I love that we write something completely different every time we get together. ‘Deeper’ was always a favorite of mine right from the beginning when it was written in September 2017 and I knew it was gonna go on the record!

“It lived as a piano voice note for 8 months; however in the studio it came alive and just became something so much better than I imagined. I’m so happy we decided to put horns on it too…. it just ooooozes with soul!”

Accompanying the single’s release is a video made during its studio recording, showing the in-studio shenanigans of Elles and her talented collaborators. “I think the video sums up the whole recording process, It was such an inspirational session, I had such a blast working with the whole team and I think this comes across in the video.”

“Is it wrong to fall a bit in love with a voice while you’re reviewing an album?” asked the review webzine 3 Songs & Out, “If it is I really don’t want to be right! There’s nothing I can say about this album other than its wonderful, perfect and you should listen to it right now!”

Check out Elles Bailey’s latest release, along with its parent album ‘Road I Call Home’, and see Elles’ website for her latest appearance and touring info. to see this rising, talented, artist live and in person.