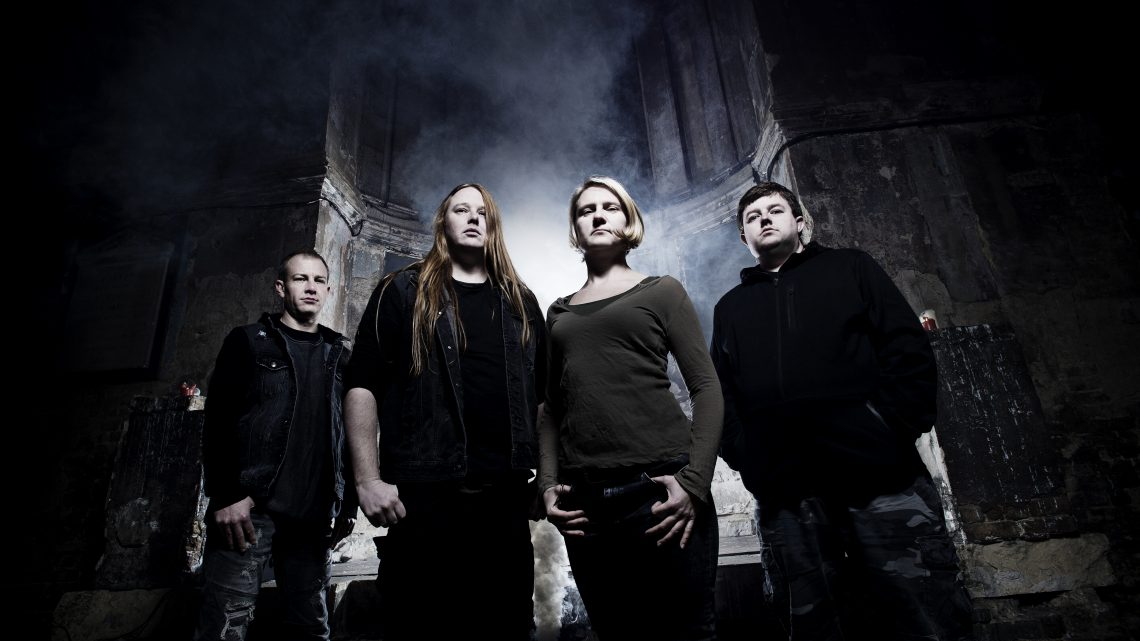 Final Coil are the result of Pink Floyd, Soundgarden and Tool copulating, producing a love child and then introducing it to a recording studio.  Guitarist and founding member Phil Stiles was kind enough to have a rabbit about his bunny during the Covid Lockdown 3.0 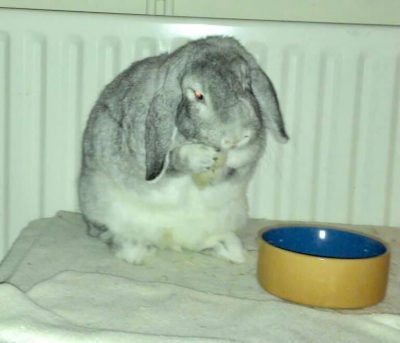 Well, we (Final Coil bassist Jola and I) have only the one rabbit, which is not because we didn’t want more, but rather because he’s a malevolent beastie who spurns all other rabbity company! His name is Crazol, so named by Jola because when she first found him, he had a habit of randomly throwing himself on to his side in a rather alarming fashion. She thought he must be crazy and, obviously, both purchased and named him in that instant.

What is the weirdest thing your Crazol has done?

Well, I don’t know that it’s weird, but Crazol did try to kill me!

He is, you see, a house rabbit and we give him the freedom to roam the living room. For the most part, like a responsible…err, rabbit keeper, I have secured the cabling, but there was a floor flap behind the sofa, which I could have sworn he’d never be able to reach. Anyhow, one day I came home from work and went to switch on the lamp. Nothing. “Weird”, I thought and, like any sensible person, I leant down to nudge the cable. A short, blinding blue flash later and I’m sitting on the floor checking all my assets and, at that point, the rabbit comes bouncing out form behind the sofa as if nothing had happened. How he didn’t fry himself, I’ll never know… but from then on, I’ve watched him closely. Tricky things, rabbits.

Apart from trying to kill you, does Crazol get up to anything else?

Well, he doesn’t really do tricks, but he has learned (in a sort of inverse-Pavlovian way) that if he hops into his cage and starts nibbling the bars (it starts quiet and builds up to a rattle that drowns out Rammstein), he’s guaranteed food. Make no mistake, Crazol is not here to do tricks for us, we are here to serve him…

This past year has been a bit of a shit show to say the least,  so you’ve no-doubt, like the rest of us, spent a lot of time at home. I’m guessing Crazol has been driving you nuts.

Aside from the fact that he tried to kill me, having Crazol around has been a bit of a lifeline. Whilst Jola has continued to go to work, I’ve been working in an online capacity since March 2020 and, being involved in education, I am used to a vibrant workplace rather than the silence of my spare room.

So, having Crazol around the place makes it feel less still. I was a touch concerned when, around the six-month mark, he started answering but otherwise, he’s a very comforting presence. It’s also nice that, when the weather is good, I can take him outside. He loves to hop around the lawn and, although he’s an old boy now, he still seems so happy when he’s outside. It’s lovely to see. 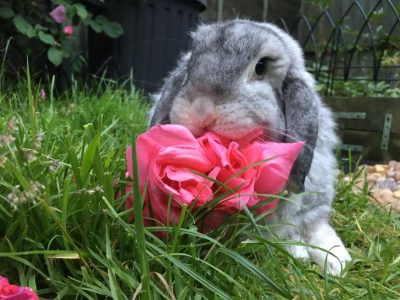 Nothing exotic I’m afraid. My Dad had a Gordon Setter named Henry from before I was born, so I grew up around pets. Later we had a Greyhound, who was the last of the family pets. He was a lovely dog, although if you made the mistake of leaving your bedroom door open, he had a penchant for leaping on the bed and you’d more often then not wake up being crushed under a hairy weight with impressively bad breath. After that, I moved around too much for a pet to be an option, but when Jola and I settled in our house, we were keen to have a pet join us.

Just the thought of you putting a costume on Crazol is amusing enough, but have you actually tried?

You know he tried to kill me right? Yeah, Crazol doesn’t not do costumes. I can’t begin to imagine the hostility if we tried to dress him – most of the time, he doesn’t even let us pick him up… although, if he’s feeling lonely, he does sometimes come to sit on the sofa between us!

Does he like it when you practise at home or had any influence on your music? Do they seem to prefer any particular genre of music more than another?

I don’t know if it’s the vibrations, but Crazol loves metal. When we first got him, I was worried about putting loud music on, because I thought it might scare him, but actually he will go and sit with his head next to the speaker! His favourites include Rammstein, Nine Inch Nails and Alice in Chains. We did have a stamping fit to Devin Townsend – maybe there’s some scattershot frequency that bugged him… and I once startled him with the beginning of The Wall (I forgot how quiet the intro is and turned it up a touch much – some urine was spilled on the carpet over that one)… but generally he loves the rock.

Although we don’t really practice at home (and my home studio is upstairs away from him), when I play guitar, he very often comes and sits on the carpet and watches me. I like to think he’s enjoying it, but he could just be staring at me until I shut up… 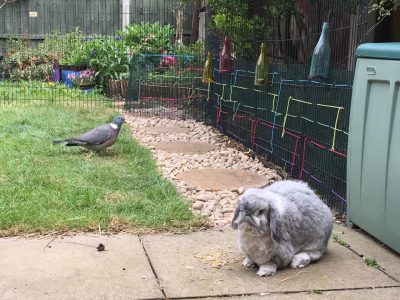 Who looks after your waskily wabbit whilst you’re away on tour/holiday?

There’s a wonderful lady, named Emma, who boards small pets. She worked as a veterinary nurse and is great with rabbits. She has been an absolute star, and she really likes Crazol (even if he is so weird that she has to let him out separately from all the other rabbits because he just growls at them). She also has children, who like to play with our rabbit, so he gets a lot of attention and he always comes back from his holidays well looked after.

Absolutely – we have not been idle in lock down. We’re very busy working on the third and final part of the trilogy we began with Persistence Of Memory and the album we have planned is a both musically and lyrically a direct sequel to The World We Left Behind For Others. I’m probably setting up all sorts of expectations when I say it’s the best album we’ve done yet, but I truly believe that to be the case. I can’t say too much beyond that, I’m afraid, but watch this space!

Aside from that, we’ve also been working on a home-recorded EP, reinterpreting some of our back catalogue in very different ways – which has been both a challenge and a pleasure – and, on top of that, I’m about done with the follow up to my debut solo EP. It’s gone off to the mighty James Plotkin (Merzbow / Khanate / ISIS) for mastering, and I’ve brought together some really interesting musicians on this one. In short, lockdown be damned, we have loads in the pipeline!

I’d simply like to say thank you. When we started Final Coil, it was to make the music we wanted to hear. Of course, we always hoped that there would be those who would join us on the journey, and we’re very grateful to everyone who has taken the opportunity to check out our music, buy an album or some merch or just wished as well. It’s truly appreciated, and we can’t wait to justify the faith of our longer-term fans with the record we have planned!

Thank you for your time Phil, it’s been fun.

Thank you for a fun and somewhat different interview!