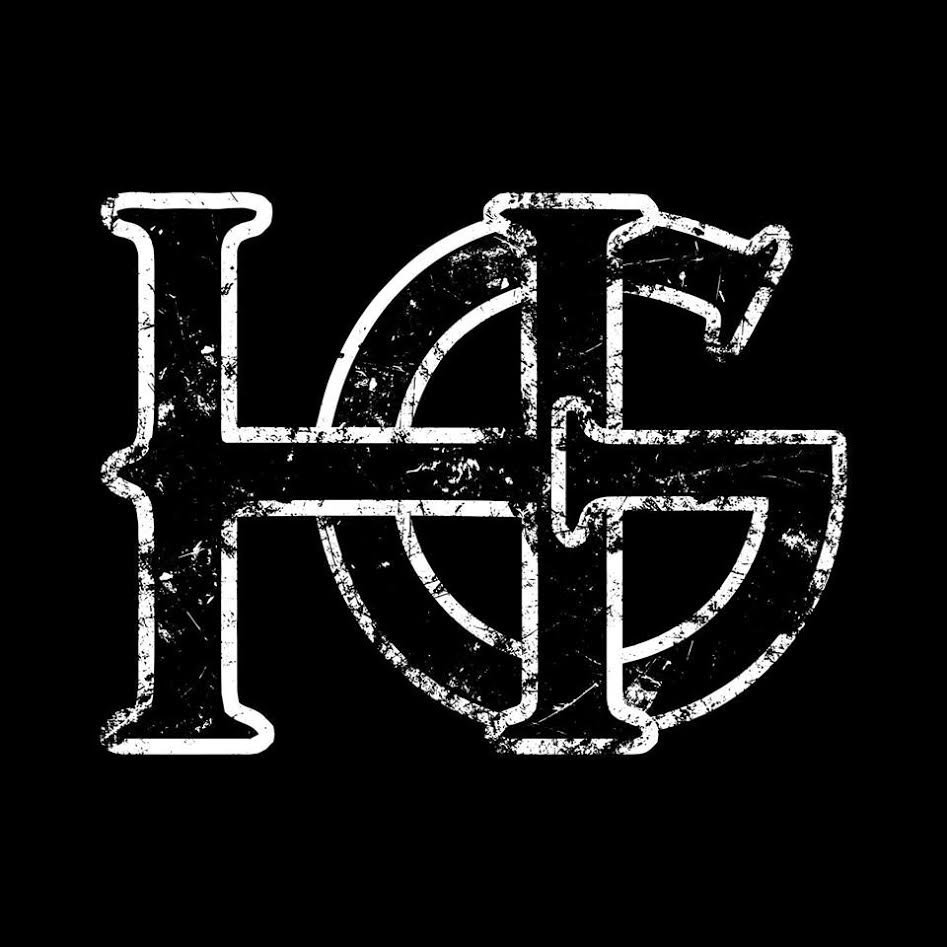 All About The Rock: First of all, we would like to congratulate you on being announced tonight to play Breaking Bands Festival 2017.

Nath: Thank you we are looking forward to playing this festival, it’s all very exciting for us at the moment, we seem to have just had so much good luck fall our way in the last couple of weeks we are ecstatic.

Cole: Yeah we have had a lot of festival announcements this week it’s been mad crazy for us.

AATR: You have just released your self-titled EP can you tell us a little bit about this?

Cole: Yeah, it’s been an accumulation of the last few years that we have been together, and finally, now we have got a stable lineup – Dan being our latest member, who has now been with us for about a year. But we have been sitting on the music for about 6 months to a year and when we felt like we had it perfected we decided now was the time, and now we have a debut that we can throw out there that we are proud of.

AATR: You guys played Northampton last night how did that go?

Cole: It was alright, it was good, not a huge show for a Wednesday night ya know, but the people who were there had a whale of a time.

AATR: Your EP launch night was on Sunday, any fun stories from that?

Cole: The lead singer of the support band said he was hallucinating, the poor guy had the flu and was dosed up on meds, they didn’t know whether he was going to be able to sing or not, but he was saying some crazy stuff, and we were all looking at each other like, what?

Luke: The air-con had broken so it was about 100 degrees in this small venue – we were literally dripping with sweat; some of our gear started to shut down because of the intense heat. It was literally like playing a gig in an intense sauna. The bass rig just cut out half way through – it was madness!

AATR: You guys have just won the Hard Rock Hell Highway competition which means you will be taking part in next years Hard Rock Hell road trip to Ibiza, how do you guys feel about that?

Luke: It’s great! We have all wanted to go to Ibiza, and we want to play Hard Rock Hell, now we get to do both! Our aim was to play this event and get through the competition, we played our arses off and we did it, for once in our life things turned out bang on for us.

Cole: We thought it would be nice to get up there in the top 3, that’s exactly what we aimed for and that’s what we got, and now we are heading off to bigger events which is great for us to showcase what we have to a new audience in another country.

AATR: Would you say that’s been the highlight of the year so far?

Cole: One of the highlights – I feel personally that the EP launch was the biggest highlight so far for me. It was rammed with people and we sold so much merch, it was such a good feeling and such a good buzz. Even though we had technical difficulties with the bass rig and gear with the heat, we still had a great night.

Nath: I think to be able to pack out a venue in Oxford to a crowd when we hadn’t actually had any music to push out there before was quite an achievement for us.

Cole: It’s just a testament to who we are, we are a live band that wants to wow the crowds with what we do, and that what we go out there and do, and our record is there now to help us showcase the live stuff that we do. To help us draw in new people, and the EP launch showed that as the venue was rammed with fans old and new and the EPs were flying out like hot cakes.

AATR: You guys have just released a lyric video; do you think the next step will be to release an official video?

Cole: I think very much so, I have been looking around at a couple of companies, I have a couple of ideas, [I’m] keeping my ears to the ground.

Luke: What I don’t want is just another random video with us in it because it has been done so many times by other bands. I want the video to feel unique, ya know, we have got to make sure it doesn’t come out cheesy like a low-level rock band, we want to show how good we are and still be original.

AATR: What inspires your songwriting, and do you all have lyrical input?

Cole: I do all the songwriting, regarding all the songs, we tend to jam them out in the rehearsal studio , we come up with different tunes and rhythms between us then I will start singing some lyrics and we just see what works.

Nath: We usually do the music first then we put it to Cole who then comes up with lyrics to match the music,it’ss great because we are all stuck in a little room together jamming out music, working together to see what we think would be good as a stage show, then what we put together is what you see live.

Luke: Some of our songs take absolutely ages to write and create because we all have so many ideas floating about, we try different things then 6 months later we go back to the first original idea and set our goals on that, I guess we are just indecisive when it comes to what we want straight away. And I guess you could say we are picky about what we want to produce because we want the best for our fans. We built all our riffs and songs around an idea we had 5 months ago and we just build on it.

Cole: We keep a library of ideas and we try each one to see how each one sounds and then we all collaborate. We could end up with about 10 different riffs on the go, and see which idea matures over time see which ideas grow into something that we like, we always revisit old ideas.

Luke: Our music is like fine wine it matures over time.

Cole: Nothing Ventured, we wrote in about two days it was an idea we had and we ran with it , we al liked it and it just came together so quickly. It started out as just a jam session and i started singing over the top, and it happened in about two days.

Nath: I started jamming a riff from Whole Lotto Rosie. I changed it and tweaked it, and within about a day we had this monster riff and a day later the song was finished it was just crazy.

AATR: What songs would we find on your Ipod and do you have any guilty pleasures that you like listening to?

Cole: I like James Blunt and I’m not ashamed to say it. But I do also like to listen to Judas Priest, Iron Maiden, Sabbath, I think we all love Heavens Basement. Theres no ying without the yang, James Blunt is a fantastic song writer, can’t knock him.

Nath: Shall we cut the interview there now? Haha

Cole: I don’t like anything else that bad, well, maybe Abba.

Luke: I have seen the Yngwie Malmsteen version which I thought was really impressive the way he shreds out the tune to Abba, it’s full of harmonies and mega riffs.

Cole: I think I’m going to catch the guys out one of these days while they are playing I will just change the lyrics to James Blunt songs, see what happens, haha!

Nath: I thought we got away from this subject mate, come on, I like AC/DC, Heavens Basement and my guilty pleasure would have to be Daniel Bedingfield. Come on, lets not take it back there – quick Linz, next question.

AATR: What is the first concert you ever went to?

Nath: I went to see Thunder at the Theatre in Oxford. I think I was about 14, it was absolutely amazing.

AATR: They are an incredible band to see live.

Cole: My first concert was a band my uncle was in, The Crazy World of Arthur Brown, he used to play the guitar in the band before they became famous.

AATR: Is there anything you would like to say to your fans?

Nath: Thank you for supporting us, we appreciate your loyalty to the band coming out and watching us live, buying our merch following us on the road, tell your friends about us, its word of mouth that helps spread the music.