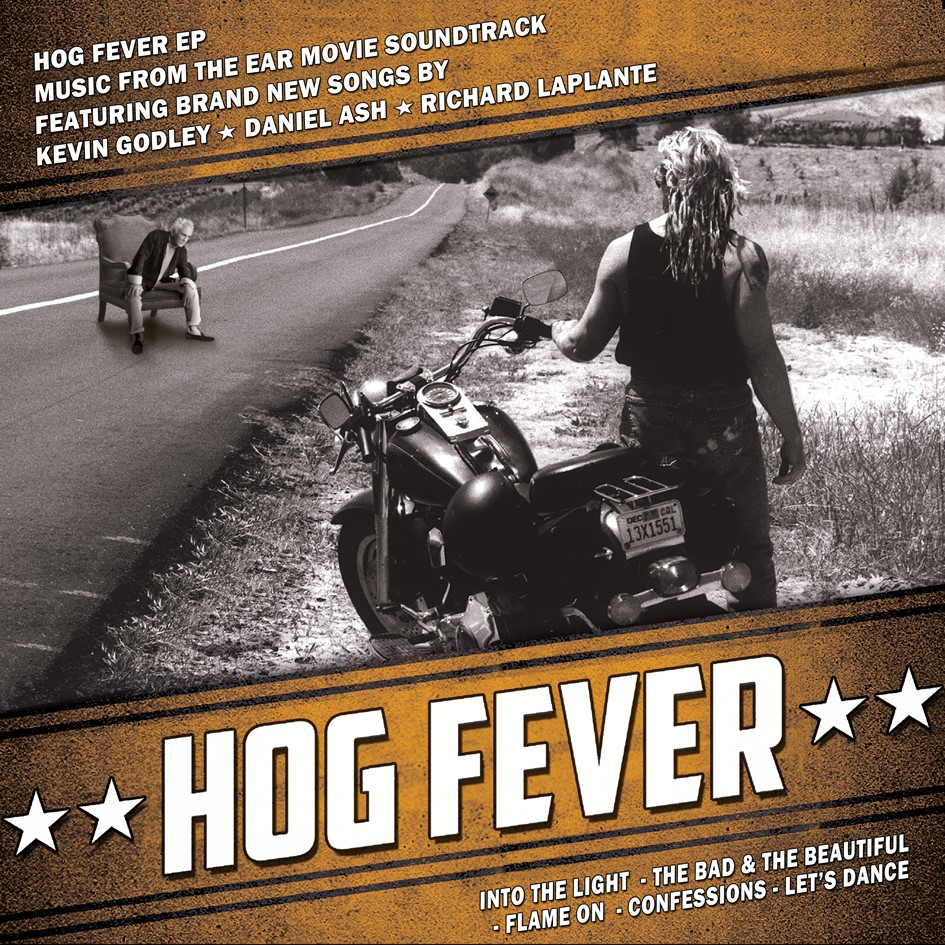 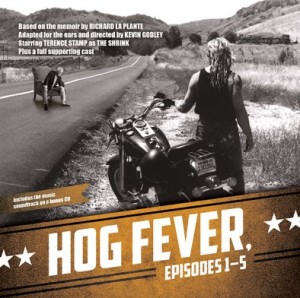 An outrageous mash-up of a 21st century radio play, an audiobook on steroids,

an off-the-wall comedy album and an original soundtrack—all in one!

Midway between the satire of Spinal Tap and the pathos of American Beauty lies the schizophrenic state of mind known as Hog Fever.
On the surface, this is the story of a man, a motorcycle, and a teetering bank balance ; But lurking beneath is the story of a lost soul in search of freedom –  or at least one last stab at it.
Motivated by the emasculating success of his British screenwriter wife and a love of “Easy Rider” and “The Wild One”, Robert Lourdes – a struggling American author on the cusp of forty, finds solace in the Harley-Davidson legend whilst embarking on a tattoo-and-testosterone-fueled quest to find himself.

Lovers of audiobooks, serial podcasts, and anyone who cherishes the thrill of riding a Hog on the open road, will savor every episode of this wildly entertaining production, adapted from the bestselling book by Richard La Plante.

This dark comedy of errors chronicles the story of Robert Lourdes, a man in the throes of midlife crisis, desperately searching for himself from the saddle of his motorcycle while reliving his misadventures from the sanctuary of his psychiatrist’s couch.

With his marriage on the rocks after Coco, his high-maintenance, screenwriter wife remorselessly steals his idea for a screenplay, Robert sets out to reinvent himself.
Follow Robert as he seeks out shiny accessories, motorcycle rallies, and bigger Harleys; on his journey to reclaim his manhood, and rise from the ashes a new man – rejuvenated by HOG FEVER.

Performed by: Terence Stamp and a full cast