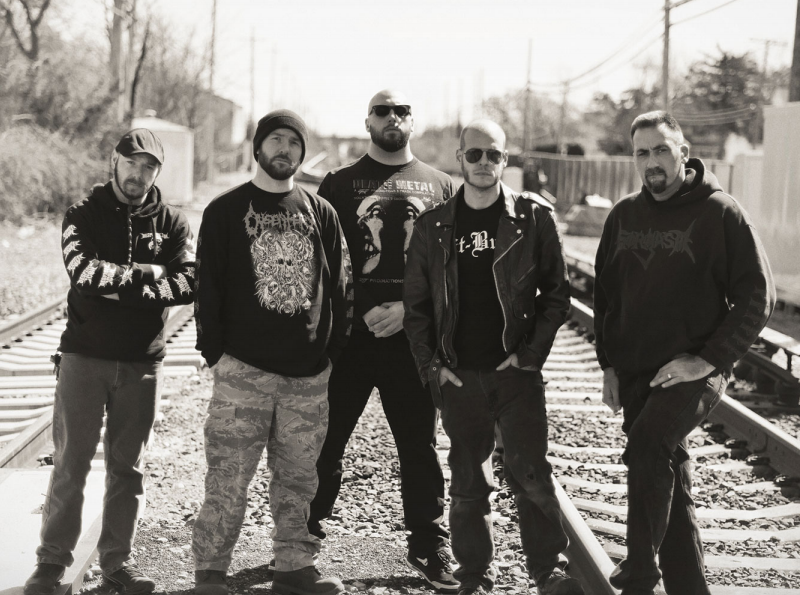 Most of you will remember OG Frank Rini (Internal Bleeding frontman on their first two studio albums) used to write for All About The Rock and is a good friend of the site and mine. For those that will think I am going to be biased with my review, let me just get this out in the air from the start to shut all the naysayers up…for one reason or another, I never really got round to checking Internal Bleeding out. Yes, I have heard Internal Bleeding prior to this album but I am not what you would call a loyal follower of the band.

Right, now that’s out of the way you can rest assured knowing that this will be an unbiased and completely impartial review.

If you were to do a Google search of “Internal Bleeding“, the result will say “Legendary New York Death Metal band that coined the term ‘Slam Death Metal’, whose music is so crushingly heavy it will literally make you shit yourself.” – OK, so maybe it doesn’t say that but it damn well should do because Internal Bleeding’s new album Corrupting Influence is ready to drop and let me tell you from the get-go – this is jam-packed with heaviness and when I say heavy I mean HEAVY!

This is the first album that has been recorded since the untimely passing of Bill Tolley (Rest In Peace), although his drums are included on this album on the track Final Justice which I find is a really nice thing to have in such sad circumstances. New drummer Kyle Eddy has provided some amazing drum work on this album that I am sure Bill would be happy with.

I’ve seen a few reviews prior to hearing the album, some good, some ok. One even that said, “…this is meat and potatoes Death Metal”. Let me tell you now, this is far more than “meat and potatoes” Death Metal. Guitarist Chris Pervelis says “Corrupting Influence is filled with all of the gut twisting heaviness and groove you’d expect from us, but there’s also plenty of unexpected twists that take a listener to places we’ve never gone before. Additionally, the production is right where it should be — heavy as fuck, organic and live sounding.”

“Unexpected twists that take a listener to places we’ve never gone before” – I couldn’t have said it better myself. There is a lot more melody included in this album than what I can recall on previous albums. I find that on this album Internal Bleeding have managed to find the perfect balance of melody and mosh pit friendly riffs.

Chris Pervelis has done an excellent job when selecting the new Internal Bleeding band members. I especially love the vocals of Joe Marchese. All guitars on this album sound amazing. I love Death Metal and hate it when you get a bad guitar sound – that is not an issue on this album because they are perfect.

What Internal Bleeding have managed to do with this album is to keep the entire album relevant, interesting and full of surprises – none more so surprising than when you get to the end of Litany of Insincerity and you can hear the most brutally blood-curdling vocals I have ever heard…enter the aforementioned Mr Rini. I even knew he was on this song because we have discussed this on numerous occasions but it had completely slipped my mind!

Honestly, I have no bad words with this album. This is now on my ‘must purchase’ list and it should be on yours also. Check out the two videos contained within this review. If you find yourself nodding your head even slightly then definitely buy the album because you will not be disappointed. I have lost count how many times I have played this album to see if there is anything I don’t like about it and honestly, I cannot find anything. This album is definitely in my top 5 list of this year!  Internal Bleeding – you have a new fan right here!
Score: 10 /10 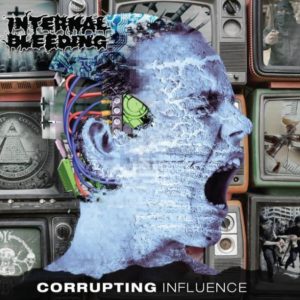