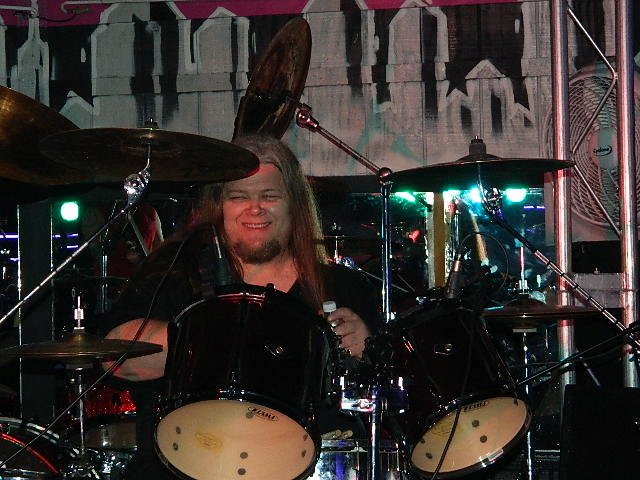 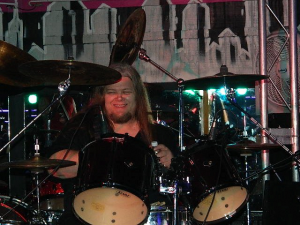 When I was in IB, we toured in ‘95/’96 and played a show in Oklahoma City and at the show a fan was wearing a Forté shirt, I still remember that cool band logo. So that is as far back I go with knowing of the band. In 2011 Divebomb Records re-issued the band’s debut album Stranger than Fiction, as a deluxe edition. It was equipped with demos a new album cover, nice booklet and the sound is rip roaring. The band plays an incredible melodic form of power/thrash metal that really is catchy and well played. Simply put one of their albums in and you will not be able to stop head banging or singing along to their songs. They create such memorable hooks that sink deep into your skin and never let up. Last year they released a brand new album, Unholy War and this, while maintaining their melodic edge, went more for a straight thrash album with outstanding results. This album kills from beginning to end. Divebomb will be unleashing the Invictus compliation this summer that fully brings to life their other 3 albums, fully remastered in a glorious deluxe 2 cd edition. The band continues to hone their craft as musicians and songwriters, never allowing sub-par material to enter into their music. From beginning to end the songs rage and ‘filler’ is not something that is part of Forté’s vocabulary. This is a gem of a band that really deserves your full support. Fuck all those bastard tornadoes that have decimated Oklahoma recently and sit back and relax and read this in-depth interview with Greg Scott, the drummer for the incredible Forté!

1. Ok Greg tell us what went into forming your band, why the name and years ago what were your original band goals? What are your present goals for the band?

My brother Jeff and I started in 1981 playing Priest, Maiden, and Black Sabbath covers in our garage, we had a few bands leading up to ‘87 when we started writing originals, we took the name forté because it wasn’t a stock metal band name, we started playing constantly, mixing originals with obscure covers of Heathen, Megadeth, Testament etc. we opened for Fates Warning on the No Exit tour. In mid ‘89 we brought vocalist James Randel into the band..he wasn’t with Oliver Magnum and was available…we started rehearsing and crafting our first batch of songs, playing shows with Watchtower, Overkill, Gammacide and headlining at home, we recorded the first ep. Dementia By Design at Dallas sound lab in Texas…the ep was received with amazing results, creating a great buzz in Europe and the U.S. we played shows with Pantera, Savatage, Exodus,etc. before signing with Massacre Records in late ‘91 for the release of our debut Stranger Than Fiction…your goals start with forming a band, then writing songs, then playing shows, then recording a demo, then signing to a label these were our goals…our goals now are to keep making great albums, play as much as possible live…we all have separate lives, and schedules, so planning is key…me and Jeff play together constantly..it’s what we love

2. How is the Oklahoma scene, in general?

There is a decent scene, a couple of venues and promotors that bring quite a few nationals and local stuff..we play two or three times a year here these days 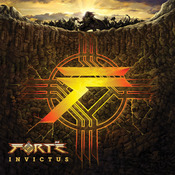 3. When did you first play drums and why the drums? How have you improved over the years?

I bought a pawnshop guitar and played a bit but Jeff took to it naturally..he procured (stole) a small drum kit from an abandoned house. So I started playing. We started learning together and are partners and best friends still….I’ve improved in steps obviously; endurance, playing faster tempos, double bass drumming, and in the end it’s been about timing, swing and creativity.

4. Last yrs release Unholy War was fuckin’ scorching, how does it hold up with your earlier releases, do you feel? Also I notice in the thanks list, your singer, David, thanks the NYDM scene as well, is he a death metal fan? I loved seeing that!

I think it fits well into the catalog, and is the next step in the progression of the band. It’s really just the next set of songs me and Jeff constructed, it’s fast, heavy, melodic, and powerful. It came out great, including cover art from Steven Cobb, production is great, we’re very happy with it, and are looking forward to the next album this fall. I’ve been into death metal since ‘85…Dave is very into it now.

5. How did the collaboration between you and Divebomb Records come to fruition? Are you excited about them remastering/re-releasing your past discography this summer? Your debut, Stranger Than Fiction, that they, did was pretty killer, in the sound dept. Any ideas for another full length?

Matt from Tribunal contacted me about re-releasing stranger, he had great ideas, and showed enthusiasm for the project, he has a great asthetic for his products, great packaging, cover art etc the release went well so we talked about Unholy War, he loved the album, and brought it to the world. The sales and response were amazing causing a resurgence of interest in the bands back catalog so in July 2013 we release INVICTUS through Tribunal/Divebomb; a two disc set containing remastered versions of 1994s DIVISION 1997s DESTRUCTIVE and RISE ABOVE 1999; including an extensive booklet of photos flyers and lyrics from this era…and we are currently working on a new studio album for early 2014. In addition we are preparing for a return to Germany in July for the Headbangers Open Air festival, playing with Overkill, Metal Church, Vicious Rumors and a ton of great bands we are coming to kill… 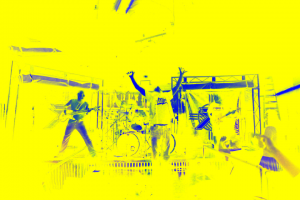 We will play this summer a bit, but no actual touring at this point, besides the H.O.A. festival

7. After the band took a hiatus after 1999, what did you do and how/why did you dudes regroup?

We never stopped playing we were just burnt on the whole massacre experience, we played through 2003, we did shows with Nile, Morbid Angel and Solitude Aeturnus, in ’06 we brought the original line-up back together for some shows..we’ve been working ever since.

8. What sets Forté apart from other power/thrash bands and what are some of your influences?

We are more song based than most heavy bands, Jeff has incredible riffs, my lyrics are hopefully intelligent, good song structure, obvious hooks, short concise song writing, no plodding, heavy but melodic vocals, innovative bass playing, and of course totally awesome drumming. We started with the beatles, The Who, AC/DC, Kiss, Sabbath,UFO, Rainbow, Priest, Maiden, Metallica and older Megadeth, as well as Dream Theater, Helloween, Metal Church, Pantera, Jellyfish, Porcupine Tree, At the Gates, In Flames(old)..we love a lot of music and it all creeps into the songs someway.

9. What is there to do in Oklahoma, for fun? What do you do in your spare time for work, etc?

It’s culturaly bankrupt…very controlled these days, I DJ in a really cool strip club in OKS, so that’s a constant source of entertainment. We work and practice a lot. Jeff and I that is, always writing something…I can identify with a comment Bill Ward of Black Sabbath said…”I used to crave fame and attention…now all I crave is peace”.

10. Any final thoughts/questions for the readers?

We are lifetime fans of metal, and have spent our lives playing and performing,,,we are very happy and fortunate that the albums are well received and that we can still kill every night…check us out at tribunal records or facebook.com/gregscottforte for merch and booking contact tobymask@cox.net….cheers to every true metal fan..we hope to meet soon…take care…Greg Scott