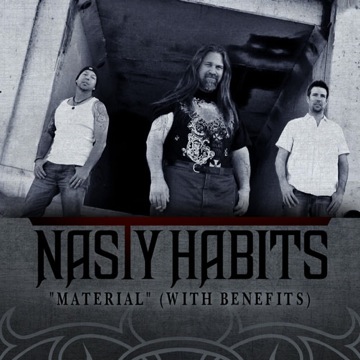 As a huge fan of the Venice crossover scene of the late 80’s early 90’s, I knew that guitarist Jon Nelson had previously played in Suicidal Tendencies and The Brood, but it wasn’t until I picked up the 2009 Nasty Habits album, ‘Skinned Alive’, that I fully realised just what a talented guy he is – hearing his guitar work and vocals on this amazing Jimi Hendrix meets Suicidal Tendencies masterpiece blew me away.

Reading that ‘Skinned Alive’ has been re-recorded and is being re-released on the TMG label, I contacted Jon, requesting an interview for All About The Rock… 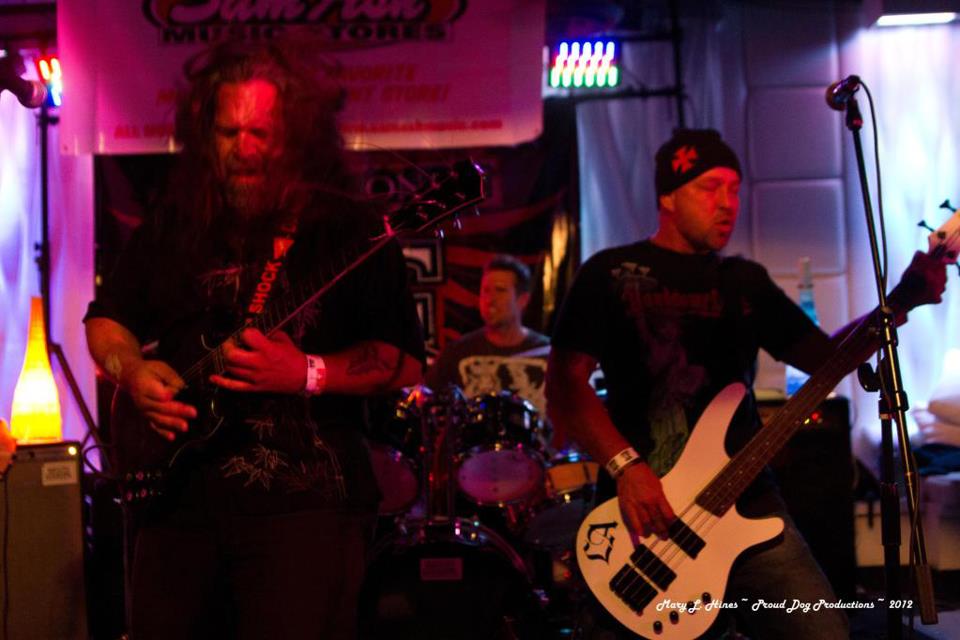 Hi Jon.  Many thanks for taking part in this interview for All About The Rock.  Can you tell our readers a bit about yourself, your involvement in the Venice music scene, and your own musical career to date ?

I was born in Santa Monica, California & grew up on the west side. I started playing guitar at age five. I learned to play several instruments by age 12 and started my own record label (Deeder Deets) when I dropped out of high school. I took music business classes at UCLA. It was around that time I started hanging out with some hardcore bands from Venice & produced recordings for a lot of them.

I’ve played with so many people over the years*. That’s kind of a broad question. The main thing is that this is the first time I’ve decided to commit to music like it’s the last thing I do. Nasty Habits is the type of project I always wanted for so many other bands I’ve played in over the years, actually. There’s some good underground music history with Stephan Klein (bass / backing vocals) & Justin Pace (drums / backing vocals), but you’d have to ask them. I dig hearing about their journey to Nasty Habits. 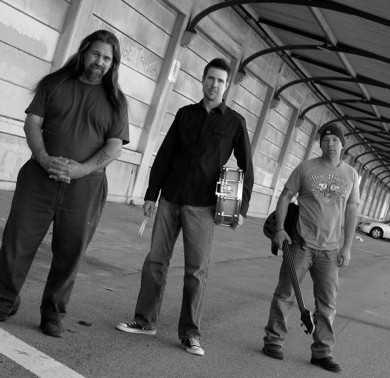 How would you describe your guitar playing?  What are your biggest musical influences?  What equipment do you use?

Like I said, I like to play like it’s the very last thing I do in life. A lot of the great guitarists are dead or a bit past their glory days. These days it’s so important to be true to the music. A good friend of mine tells me, “The music doesn’t lie”. Being in the moment is what Nasty Habits is all about. Sure, we play the same songs a million times before we do a show or record, but what matters is that thing we experience in front of people when the music takes us someplace we didn’t expect. It’s a rush. Let’s face it. That’s what some bands/musicians wind up missing out on when they listen to anything but their own heart.

I could make one’s head spin with my personal influences, so I’d have to narrow it down to those few who remained true to the music. Jimi Hendrix, Tony Iomi, Richie Blackmore, Johnny Winter, Dave Mustaine, etc. I like to use upside down Fender Stratocasters & Marshall gear. I don’t always have it handy, tho. I break stuff occasionally.

Could you tell us about Nasty Habits?

Nasty Habits is a concept that everybody deals with in life. We could call it Sin, but I think people might miss the point. Being true to your inner nasty self is a way to connect when getting things “right” isn’t quite what you thought it would be. As for the band, we’ve been together for a few years now. It started up with a different line up back in ’06, but full time entertainment isn’t for the faint of heart (I speak from experience). Stephan (Klein) & Justin (Pace) are the ones that are supposed to be in the band. They’re hooked. I can tell. They love this shit. That’s what it takes. Anybody can have a job & make money. It takes gumption to follow a passion with things working against you. It has to matter. Show business is such a nonsense way of life, but there are plenty who find their way to the top and stay there. Look at Dave Grohl.

Skinned Alive was originally released in 2009 on your own label, Deeder Deets Records, but I see it is now going to be re-released by the TMG label.  How did the come about?  Will there be any difference between the original release and the new release?

The latest recordings for TMG came about through a process of a team effort involving more entities than I’ve ever worked with before. A team is like a ten-headed beast. It goes where it wants to go and it isn’t always what we originally have in mind. Ha ha. Yes. ‘Skinned Alive’ was released privately on Deeder Deets, but we partnered with a company that could put us into the hard rock marketplace and also let us have complete artistic control. We retain ownership of our work.

We completely re-recorded the ‘Skinned Alive’ album with this current line up for the TMG release. It’s a far superior recording. We titled it ‘Material (With Benefits)’ because it went better with the situation the band is currently in. Things tend to get broken down into usable data that is converted to uploadable content for the public at large. It’s kind of up to us to somehow turn that into something people want to be a part of and associate with.

When are you hoping for the re-release to be available for fans?  What will be the best way for fans in the UK to get hold of the album?

It looks like the TMG release date will be July 14th, 2013. The current video of ‘Jacqueline’ is actually up now (http://youtu.be/AS-hIZ_wyyM).  We shot it in Oklahoma last month on an empty freeway.

iTunes is probably the most common vendor, but various types of media will be available through our website (http://www.nastyhabitsband.com).

The cool thing is that the band keeps getting better and seems to be taking on a personality all its own. Very different from what I envisioned originally. In the past I’ve been more of a control freak. That doesn’t work too well with a real team. I’ve learned to stay out of the way and I like what happens. I like where Nasty Habits is headed. 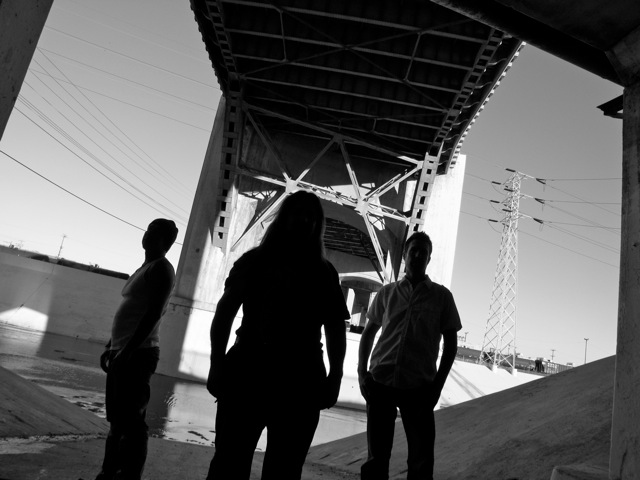 Is there anything else you would like to say before we end the interview?

I know I speak for all of us in the band when I say we can’t wait to get over there to the UK and share what we do. We love to rock and have a good feeling we would be well received over there. Meanwhile, we intend to connect with new fans there and create a demand for Nasty Habits !

Nasty Habits will release ‘Material (With Benefits)’ on TMG on July 14th 2013.