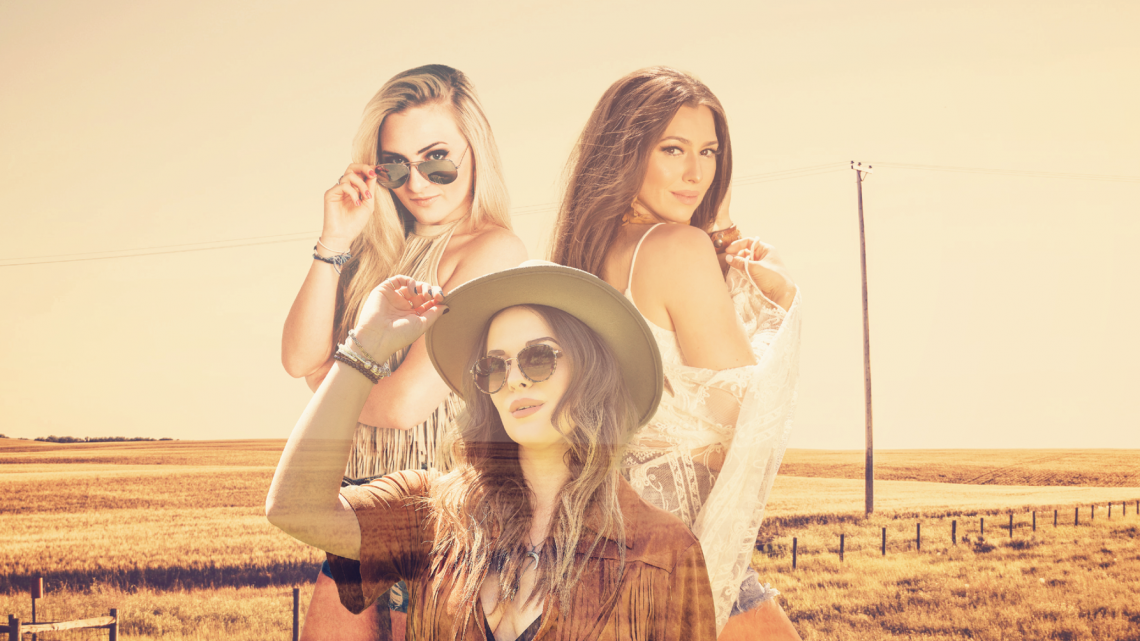 US country crossover star Jessica Lynn is joining forces with two amazing UK artists: Katy Hurt and Sally Rea Morris (of Gasoline and Matches) to release a joint single ‘All for Love’.

The three have brought their talents together to record ‘All for Love’: a slow tempo track that gives their voices the chance to shine individually and also to play with and against each other. There’s harmony between these ladies of country, but subtle differences in tone and timbre too, adding texture to the shared vocals. All three give their all to this track.

“I’m SUPER EXCITED,” says Jessica, “I’ve paired up with two of the most badass women in England — Katy Hurt & Sally Rea Morris — for a remake of Bryan Adams, Rod Stewart and Sting’s ‘All for Love’.”

Dubbed “Shania’s natural successor” by press and hailed as a “rocket force” for her spectacular live performances, presence and stagecraft, Jessica Lynn has been charting her own course. In the past couple of years, she’s been expanding and refining her range by reimagining the full band versions of her songs, originally for her highly successful livestream concerts. Jessica released four of these reworked, critically acclaimed songs on her EP ‘Reimagined’ earlier this year.

Regarding ‘All for Love’, Jessica feels that “Over the last few years of touring in the UK, I have been so totally blown away by the talent that I have come across. Two of my favorite  — not only musicians but people — are Katy Hurt and Sally Rea Morris from Gasoline and Matches. When Katy asked me to collaborate on this song, I was so excited to join forces on a very positive message and sound after a truly difficult last year and a half. I am so inspired by both of these women and it was really fun to get to put our own spin on such a classic.”

Katy Hurt is making a name for herself as one of the most prominent artists to emerge from the UK’s fertile and growing country music scene. She’s been BCMA (British Country Music Association) nominated and earned accolades such as the UK Country Music Spotlight Awards for Female Vocalist of the Year and Best EP of the Year.

“During lockdown,” says Katy, “I leant on my friends and on my music, so it felt right to bring together artists I loved to record a countryfied version of ‘All For Love’ — a song about friendship, love and working together.

“I’m so honoured to have been able to have Jessica Lynn and Sally Rea Morris from Gasoline and Matches join me on this track. Bringing together such strong voices from independent artists in both the UK and US to send a message of strength to our audiences who have had such a tough time over the past year and a half felt like the right way to end 2021 and start our next chapters.”

Sally Rea Morris is part of Gasoline & Matches, with Steve Marks. Sally and Steve initially met when he was trying to sell her a guitar, then they formed Gasoline and Matches a few years later.

“I have so much respect and admiration for Jessica Lynn & Katy Hurt,” says Sally Rea Morris, “Both are phenomenal artists that I have been fortunate enough to have toured with, and I feel privileged to call friends. When collaborating on this record, it felt like a tri-force of badass women and was a lovely way to bring us all together in a year where we couldn’t perform together in person.”

Check out ‘All for Love’ Now available on all digital platforms https://distrokid.com/hyperfollow/katyhurt/all-for-love-feat-jessica-lynn–sally-rea-morris