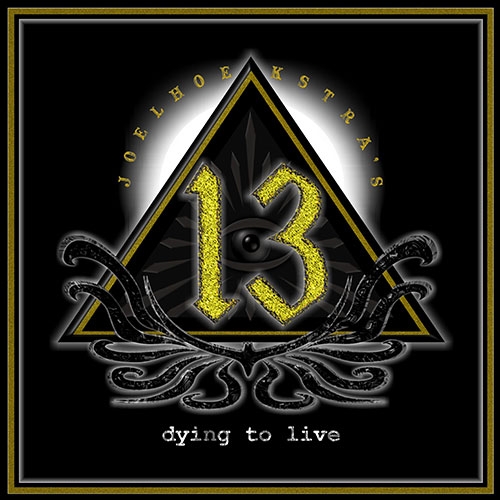 Joel Hoekstra is best known for his work with Night Ranger & being the current guitar player in a little band by the name of Whitesnake.

With an all-star cast that features both Jeff Scott Soto(Yngwie Malmsteen) & Russel Allen (Adrenaline Mob & Symphony X) on vocal duties, Vinnie Appice (Dio) on the drums & Tony Franklin (The Firm & Blue Murder) on bass we at AATR towers had really high hopes for this album.

To be honest this does exactly what it says on the tin.

A little over 49 minutes of melodic rock featuring Hoekstra doing what he does best, playing, writing, arrangments & producing in the genre that he is most famous for.

Although Dying To Live was conceived BEFORE Joel joined Whitesnake you can certainly tell why he got the job.

There’s plenty Whitesnake fans will find appealing not just with the production but even Soto & Allen both have a twang of the mighty Coverdale especially on the track Anymore.

The use of Derek Sherinians (Dream Theater, Planet X)keyboards is a nice touch as his sound is very distinctive. When I first heard he was a guest musician on this album I had much trepidation t how his sound would fit in but does fit incredibly well.

The rhythm section of Vinnie Appice (Black Sabbath) & Tony Franklin (The Firm) do a great job of locking everything down.

If you’re hoping to hear Joel shred you’re going to be disappointed. Everything on this album is completely understated & in its rightful place.

Also the title track Dying to Live the guitar solo is as good as it gets from Joel & the way the song is structured.  From the use of acoustic, clean guitar to the wonderous sound of heavy distortion.

Joel Hoekstra’s 13 is not trying to re-invent the wheel & nor should it.

All in all it’s a nice album. I can imagine it being performed live.

There are more hooks on this album to catch even the deadliest fish.

Due for release via Frontiers Records 16th October