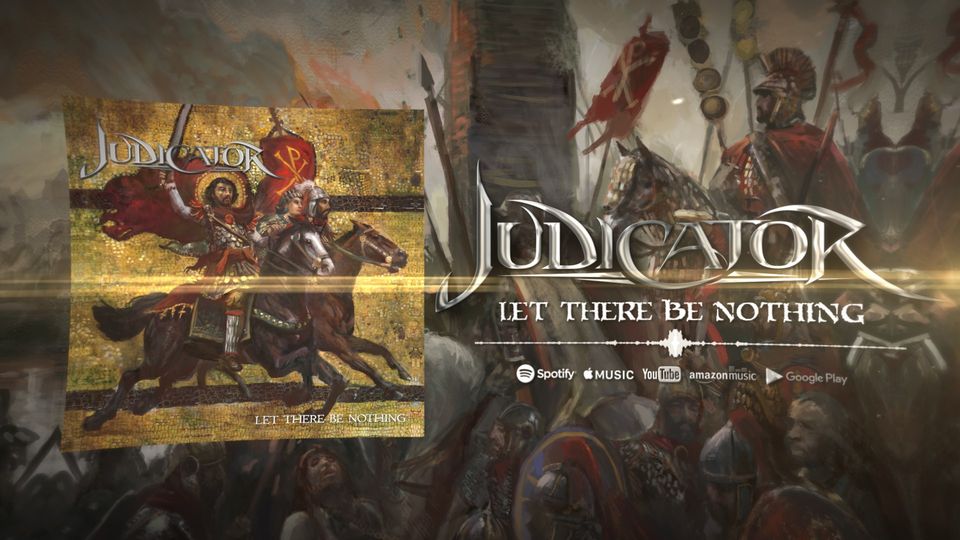 JUDICATOR latest composition, ‘Let There Be Nothing’, is a concept album detailing the campaign of renowned Byzantine general Flavius Belisarius reconquering of former Western Roman Empire.

JUDICATOR proudly wear their influences on their sleeves, they take their worship of BLIND GUARDIAN and ICED EARTH and add to the galloping power metal with a speedy thrash attack. Vocalist John Yelland vocal harmonies are firing on all cylinders and entrance the listener and take JUDICATOR above their counterparts. The lyrical delivery is stunning and takes the listener on a theatrical, powerful journey of Belisarius. This is all while the double bass driven gallops and twin blitzkrieg guitar riffs bombard the senses, even the bass gets it chance to shine on the songs.

‘Let There Be Nothing’ is a great addition to JUDICATOR discography, yet it isn’t without its flaws. The mixing takes away some of the power and punch of some of the tracks as at certain parts of the album the sound can become a little murky. For some genres/bands it wouldn’t be as big a distraction. However we want absolute power behind the galloping soaring riffs and the lead vocals to slice through the musical landscape, all while the gang vocals are reminiscent of the warfare they foretell…this is what elevates great Power Metal bands.

Another issue with ‘Let There Be Nothing’ is that the could have trimmed the running time, the last three songs one are nearly 30 minutes of the albums time. While the song ‘Gloria’ is epic and majestic and showcases the monstrous power JUDICATOR can deliver when firing on all cylinders, as does ‘Let There Be Light’. All while ‘Tomorrow’s Sun’ is the shortest and fastest track and is reminiscent of a thrashier ICED EARTH, although the gang vocals are the only downside as they come off feeble due to the mix.

The weakest track in my opinion is ‘The Way Of A Pilgrim’, which could have been cut and made this album more dynamic. It isn’t overly a bad song, yet compared to the rest of the album the lack of memorable riffs or passages and the lack of power makes it the least enjoyable entry on this release.

If your a fan of BLIND GUARDIAN or Power Metal, and you haven’t already done so then I highly recommend you check out JUDICATOR. These guys are shaping up to become legends of the genre and once they sort out the few minor kinks, they will be a force to be reckoned with. So grab your sword and shield and onwards we march for the glory of Belisarius… 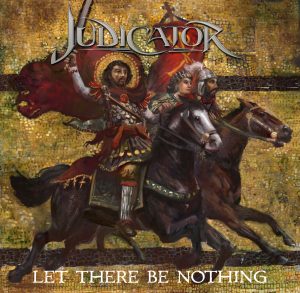