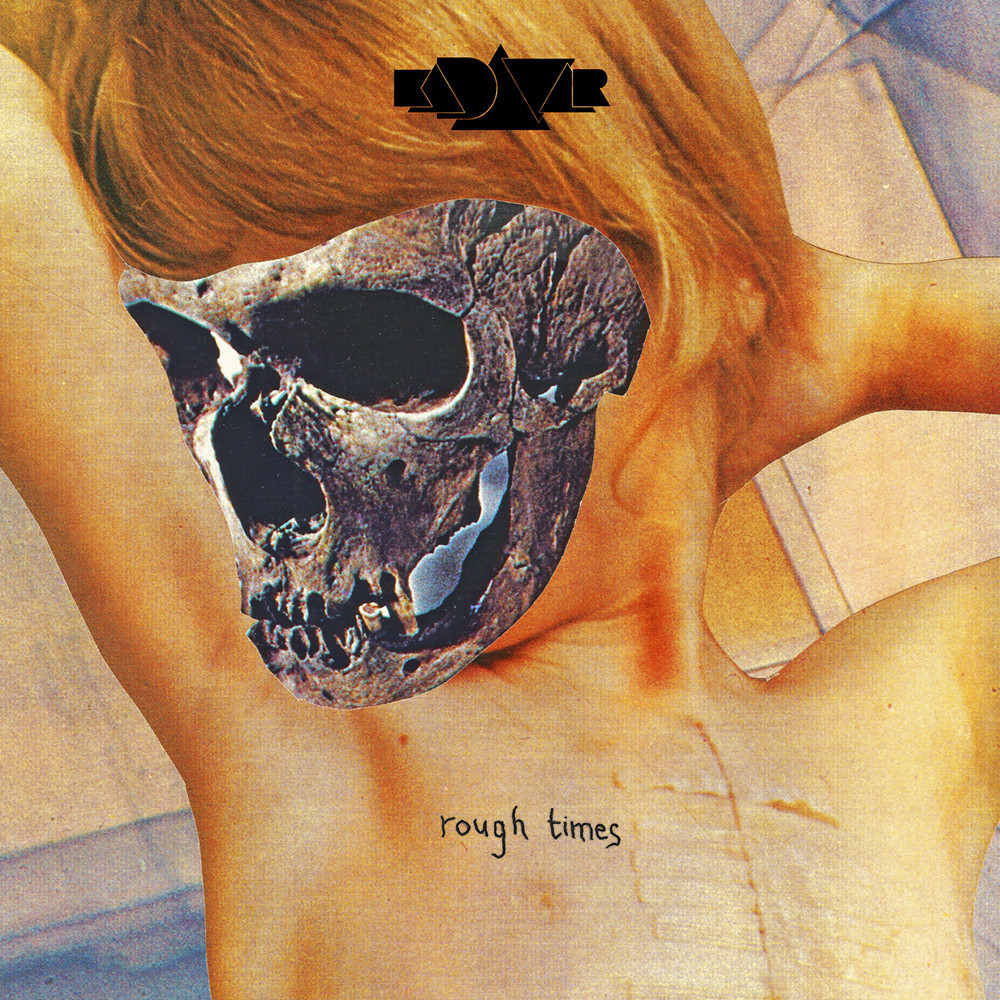 As things go, the Berliners, Kadavar, has opened the door to bring us their fourth album to date, Rough Times; they have had a long slog of seven years to get to here they are today, touting themselves as one of the hardest working bands in Europe, Kadavar and Nuclear Blast Records have taken the Germans to the four corners of the world to share their passion to all us lucky souls out there.

I say lucky… what can I say here, Kadavar are niche, with a capital NICHE; the loose strings and reverb of the ever-present doom sound is coupled with… flute? What is this? I’ll admit, this is my first delve into the world of Kadavar and I’m confused… we all know that Glenn Danzig was touted as the “Evil Elvis”, well Kadaver must me the Devil’s Jethro Tull. Kadavar can’t be put into any generic genre that we all love to do; what we have here is the demonic coupling of folk music with doom metal that has had a threesome with hard rock.

Opening with the title track Rough Times, the album slaps you in the face with its unique qualities, the low strung bass reverbs through and the flute work is highlighted by the strangely clear vocals that have an element of Led Zeppelin in tone about it. This is seriously marmite/vegemite stuff going on here; it doesn’t end at Rough Times, it continues throughout the album, making this a very strange listen to if you don’t know them. Kadavar have a large following and it’s not surprising, the quality of the play is exceptional, the flute work is superb, the riffs are heavy enough to give you a feeling that the earth is shaking, the drum work is slow and methodical at times and ferocious when it needs to be.

The devils note is used to the extreme in Into the Wormhole and it’s just dreamy; the talent is just oozing out of every aspect of the sound with chorus solos that bring you back to the old times of the late 70’s when Black Sabbath ruled the roost of the heavy metal scene. This concept of bringing back the classic sound that made our genre so great is nothing short of a marvel, it’s got all the hallmarks of a great album and the more you listen to it (trust me, it’ll take a goof could have listens) the more you find new nuances that make you groan in pleasure as the tell-tale beauty of the homage to Rainbow and Deep Purple reigns down through the chords as the riffs permeate the vibe. The German’s really have lent heavily on the British scene with tracks like Die Baby Die screams with the sound of Budgie; it’s the vocals of Lupus Lindemann that really sells it all, the incredible uniqueness of the tone and pitch that really does remind you of Jethro Tull crossed with Ozzy Osborne.

It’s not the easiest band to listen to, accessible? Not really, their unusual blend of folk, metal and hard rock makes gives them a love/hate kind of vibe; are they talented? Hell yes, there is absolutely no doubt about it, this is a band that has all the qualities of a band full of passion and belief in their craft. Rough Times has everything from quirky moments to sheer brilliance, as tracks like Vampires, Word of Evil and Into the Wormhole with attest to; it may have taken me some getting used to but, good lord, Rough Times is a seriously good listen and worth the time and energy put into every second just to hear those tones, those nuances, the subtle changes in drum beats and bass lines.

Check out Kadavar on Facebook, you can pre-order Rough Times here.