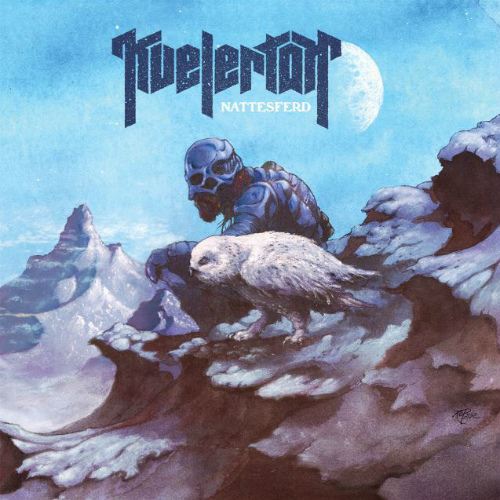 Kvelertak have had Norway’s extreme music scene in a kind of kvelertak for the last few years, but are they still the kings?

Nattesferd is the third offering from the band and having played the first two to death this was one of my most hotly anticipated releases of 2016 so far.

To be honest, this album is a little bit disappointing in places. It doesn’t live up to the first two offerings in terms of extremity and heaviness. That’s not to say it’s no good, just different.

Dendrofil for Yggdrasil opens and it sounds like we’re picking up exactly where we left off at the end of Meir. The brilliant mix of melody and shouty bits is still there and it sounds great.

On to 1985 and something is different. There’s an almost Thin Lizzy-esque sound to the two-part harmony leads. Let’s not suggest for one second that there is anything wrong with Thin Lizzy, but Kvelertak are normally all hardcore metally-punk anthems about blood and drinking. Classic rock isn’t meant to be so high in the mix as it is here. It grows on you after repeated plays mind you.

Things get a little back to normal with the title track, but something you can’t quite put your finger on is missing. Or is it the presence of something different?

The question might be answered on Svartmesse. For some inexplicable reason it reminds me a little of Discotheque by U2. Odd, I know, but it made me wonder if I was listening to Norway’s first Irish concept album. Stranger things have happened, but not too often.

Bronsegud and Ondskapens Galakse restore a bit of faith and it least there isn’t a Johnny Logan or Westlife influence present, thankfully blowing my previous theory out of the water.

The nine minutes of Heksebrann might be a little over the top, but it’s unmistakably Kvelertak.

The curtain comes down with Nekrodamus before the boys disappear to down flagons of mead on their way back to Valhalla.

Ok, so the musicianship and production are great on this album. My problem is with some of the songs, but the reality is that if you haven’t heard the first two Kvelertak albums you might think this is brilliant.

The band might have gone off the boil a bit, but remember, you can still make a decent cup of tea with water that’s 95 degrees.

Nattesferd is out now on Roadrunner Records