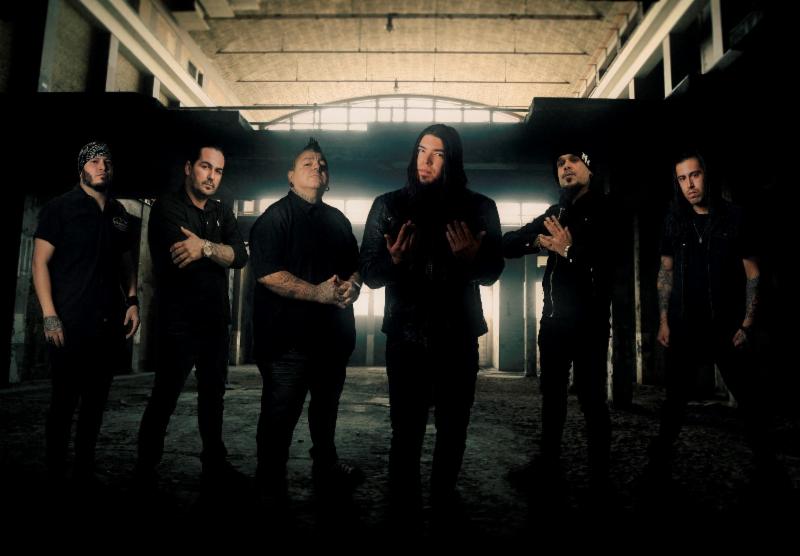 17th January 2019 0 By John Deaux
Latin metal legends ILL NIÑO are excited to debut their first song in in nearly five years, “Sangre,” and welcome new members – Shattered Sun vocalist Marcos Leal, rhythm guitarist Sal Dominguez, formerly of Upon A Burning Body, and Sons of Texas‘ Jess Dehoyos on lead guitar.
ILL NIÑO founder and drummer Dave Chavarri says, “Sometimes being in a band is like being married – sometimes people grow apart and no longer see eye to eye, and a separation becomes inevitable. We wish our former members the best in their musical careers, and are pumped to move forward with our new band members. Not only have we toured with them, but they’re very respected, seasoned musicians, and dudes that have always been our ‘Familia’ since day one.”
Marcos Leal says, “Anyone who knows me knows the love I have for this band. I got my start singing ILL NIÑO covers in my younger years and this band has always held a special place in my heart. When the opportunity arose to front one of my favorite bands of all time, it was something I needed to consider.”
Leal will continue to do double-duty as vocalist for both ILL NIÑO and Shattered Sun.
ILL NIÑO‘s “Sangre” is available at today via iTunes, Google Play and Amazon.
ILL NIÑO will be announcing two full international tours, as well as a new label home and new official video shortly. The first confirmed dates with the new lineup include appearances at the Reload and Neuborn festivals in Germany in August.
About ILL NIÑO:
ILL NIÑO‘s Latin roots run bloody and deep.  Melodic vocals, bilingual lyrics, flamenco guitars, tribal drums and Latin percussion, and Salsa-infused bass lines make up the groundbreaking sound that defines ILL NIÑO.
New Jersey/New York born ILL NIÑO formed in late 1999 and became the epitome of Latin Metal in 2001 with their monster debut album, Revolution, Revolución.  Strong airplay for their first single “What Comes Around” and slots on both Ozzfest and Jagermeister tours in 2002, helped the album sell nearly 430,000 units worldwide. ILL NIÑO returned with their sophomore release Confession and managed to surpass their debut sales, selling over 500,000 copies worldwide.  The success of Confession also spawned the top 10 single “How Can I Live” which became the featured single on the Freddy vs. Jason soundtrack and film.
In 2014, ILL NIÑO landed a spot on the prestigious Rockstar Energy Drink Mayhem Festival, playing to thousands of metal fans across the U.S.  The sextet’s relentless international touring in Europe, Australia, South America, Mexico, Russia, Philippines, China and Japan, plus sharing stages around the globe with the likes of Linkin Park, Disturbed, Guns & Roses, Avenged Sevenfold, Godsmack, Korn, and Sevendust, has established ILL NIÑO as one of the most lethal live bands of the decade.
ILL NIÑO Tour Dates:
8/23 – Sulingen, Germany @ Reload Festival (w/Salvation, Hatebreed, Of Mice & Men, Agnostic Front, Walls of Jericho, Jinjer and many more)
8/24 – Wörrstadt, Germany @ Neuborn Open Air Festival (w/Hatebreed, Jinjer, Amorphis and many more)
ILL NIÑO online:
www.illnino1.com
www.facebook.com/Officialillnino
www.twitter.com/officialillnino
www.instagram.com/officialillnino/
https://www.youtube.com/channel/UC-v7jRO8xcykukgrrUJMuXA
ILL NIÑO is:
Marcos Leal – Lead Vocals
Laz Pina – Bass
Dave Chavarri- Drums
Daniel Couto – Percussion
Sal Dominguez – Rhythm Guitar
Jes Dehoyos – Lead Guitar