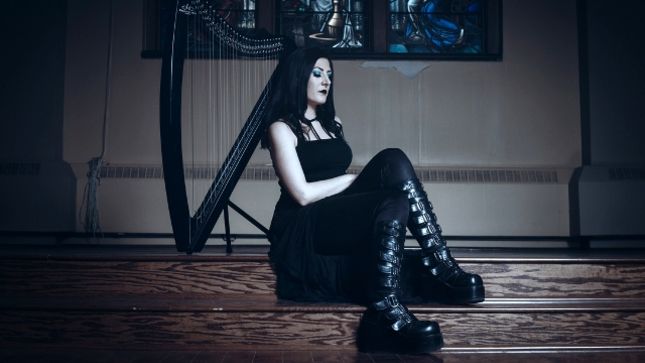 Lindsay Schoolcraft Has A Pet Panther

Multi-instrumentalist and singer Lindsay Schoolcraft continues to captivate audiences with her magical ethereal gothic style of Metal. Lindsay was the live Keyboardist/ backing vocalist for Cradle of Filth for seven years, she is in Chamber Black Metal band Antiqva as well as her solo Gothic Metal Endeavours. It turns out she is a cat lover too! She took a breather during lockdown 3.0 to tell us all about her feline friend. 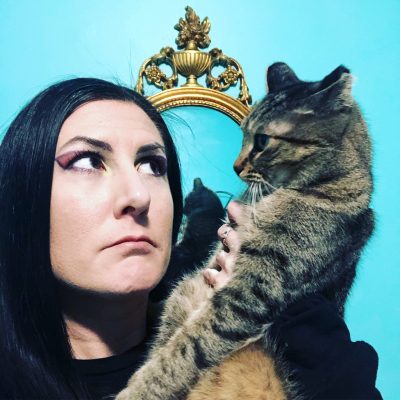 I currently have an elder cat named Bagheera. He is a Bombay breed, so a Burmese mixed with a black cat to become what is known as a little “house panther”. I’ve had Bagheera for almost a year now and when I met him I felt the name suited him. He’s got quite the personality like the black panther from the animated version of The Jungle Book by Disney.

It may not be weird for us, but apparently it’s quite rare. Bagheera really enjoys it when I sing to him. So for a few minutes before bed every night I sing him some classic pop tunes. He’s the happiest I’ve ever seen him when I do that.

Now that is the most adorable image. Can he do any tricks?

He can sit. Which is expected from dogs, but not cats. We’re working on ‘shake a paw’.

That is pretty rare for a cat!

This past year has been pretty manic, so you’ve no-doubt, like the rest of us, spent a lot of time at home. How has your cat helped being at home for you? Have they been comforting, or have they just been driving you nuts?

It’s been really comforting having a little buddy around between working at home hours. We have a daily schedule together now. I think it’s keeping us both sane since we’re 11 months into the pandemic now. 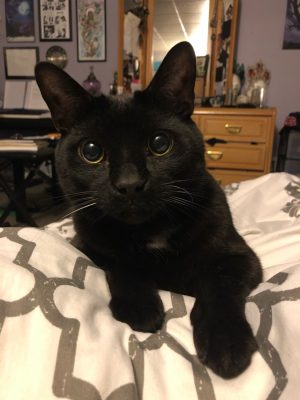 Nawww this sounds super sweet. Have you always been an animal lover? Have you ever owned any exotic or different pets?

Ever since I was a little kid. Up until I was 13 years old I was dead set on being a zoologist. I’ve had fish, turtles, snakes, guinea pigs, mice, many cats, and a cockatiel.

That is quite the array of pets.
Are you one of those people that puts your pets into costumes?

Omg no haha that is just degrading. I feel bad even putting a collar on them.

Who looks after your Bagheera whilst you’re away on tour/holiday?

My room mate has been awesome about it. He has a cat too so they get taken off on the same schedule. I’m so grateful for my living situation.

Does he like it when you practise at home?

Bagheera likes the singing and doesn’t mind the harp. He can’t stand the piano though. He just sits next to me and screams if I’m playing without my headphones on my keyboard.

Yes! This year I will be mainly composing and recording for the debut album from my Chamber Black Metal band Antiqva and I am also working on some solo pieces I hopes of releasing a few singles this year too!

Hell yes! New music, that is very exciting for all of us over at AATR Towers. 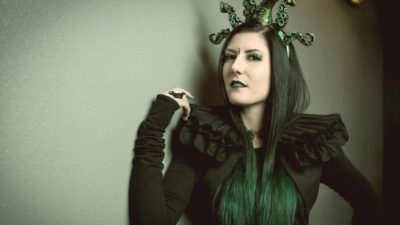 Please adopt and don’t shop at pet stores or from breeders! If you’re in the position to be able to adopt an elderly pet then I highly suggest it. They are so loving and well behaved.

Absolutely, we agree! Adopt! Thank you for your time. It’s been a pleasure to learn about your lovely Panther.

Thank you for having me!