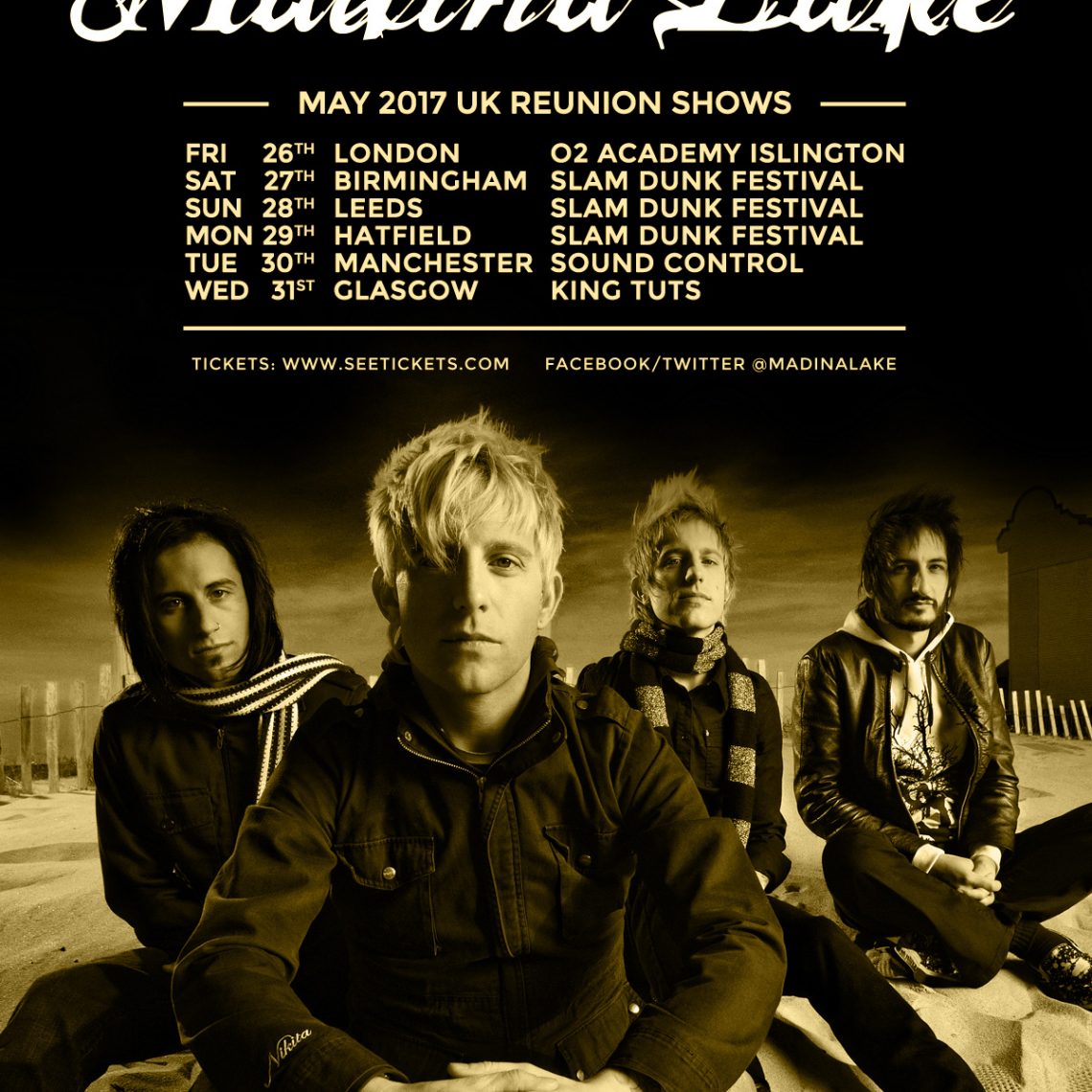 Although they disbanded in 2013, the US group have decided to mark the 10th anniversary of their debut Roadrunner Records album, ‘From Them, Through Us, To You’ by reforming and playing a handful of UK dates this Spring.

Released in 2007, their first LP featured some of the band’s most popular singles, including ‘Here I Stand’, ‘House Of Cards,’ ‘Now Or Never,’ and ‘One Last Kiss’. The band went on to win Best International Newcomer at the Kerrang! Awards and were blazoned across front covers around the world, including Kerrang! and Rock Sound in the UK. Madina Lake notched up three albums, two EPs, and numerous international tours and festivals before calling it a day

In addition, Madina Lake are thrilled to confirm they will also appear at Slam Dunk 2017.  Pick up tickets at bit.ly/SlamDunk17 for these festival dates:

Madina Lake singer Nathan Leone comments, “We’d always told ourselves that no matter what happens after we dissolved Madina, we have to get back together around the 10 year anniversary mark of ‘From Them, Through Us, To You’ and go back to England.  I can’t imagine any of us believed we would actually do it but the stars have seemed to align perfectly and we can’t wait to play again.”